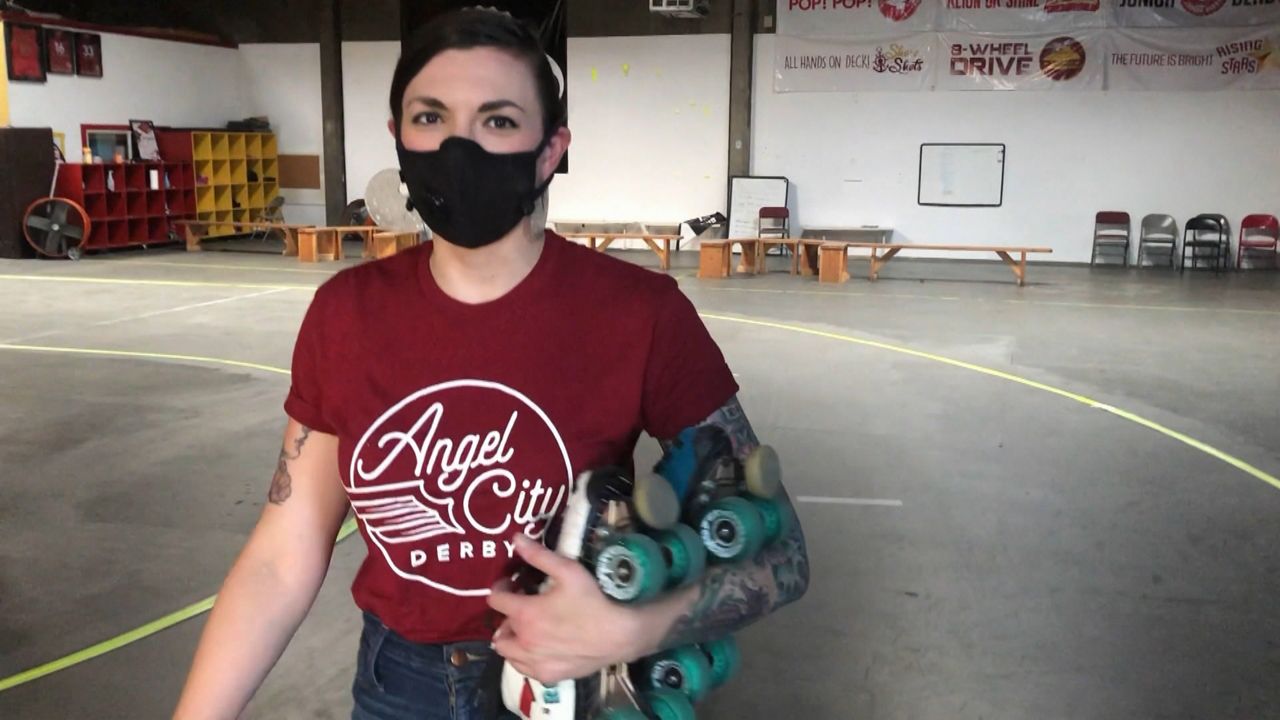 It’s going on seven months since Rachel Johnston has been able to lace up her skates to do what she loves most.

"Skating around the track and getting ready for a night of sweating with all your friends and smashing each other to the ground," Johnston said.

She's a member of the Angel City Derby Girls, who practice and compete inside a converted warehouse in Gardena, but it’s been practically abandoned since the pandemic started. Johnston skates under the name "Rachel Rotten," and she’s been a member of Angel City for 11 years.

"It’s very hard to not play at a time when the emotional and physical outlet of having a sport and having a community would be very important," Johnston said.

The Women’s Flat Track Derby Association (WFTDA) — the global governing body for the sport — is getting attention for developing a comprehensive Covid-19 plan from the beginning.

"The WFTDA assembled a team of epidemiologists to create this resource for its member leagues and clubs within the community," Johnston said.

A community she says is actually leading the way for how and when amateur team sports can safely return to play.

"Professional sports were really worried about monetization and figuring out how to return to play for fans and sponsor dollars and television."

Instead, the WFTDA came up with a 7-tiered system that looks at the rate of spread within your county or city.

"They provide a formula that allows us to calculate based on the city or county’s number of reported positive cases, which sort of provides a work back to determine where on the ladder we fall," said Johnston.

Sadly, most leagues across the country, including Southern California, aren’t even on the ladder. The WFTDA uses a color-coded map which shows the tier levels in different parts of the world, where dark red circles indicate areas that remain ineligible to practice or compete.

Johnston says the 29 pages of guidelines don’t just advise when to reopen, but also when to back down if infections increase.

"I’m also really proud of my sport for deciding to value 'lives over laces' is the phrase that we continue to use because, at the end of the day, with amateur sports and with any sort of community-based activity, without the people, you don’t have that activity."

And it's not just roller derby — other amateur youth leagues and school athletic programs are looking to use it as a model. The WFTDA says it’s received more than 1,000 inquiries from around the world.

"It went from being all roller derby requests to being almost all other sports requesting access to this plan," Johnston said.

Meanwhile, she explained, interest in roller derby is only growing.

"If you’re out there skating in the streets right now, if the roller skating bug has bit you, we hope to see you sometime when we are able to open back up."