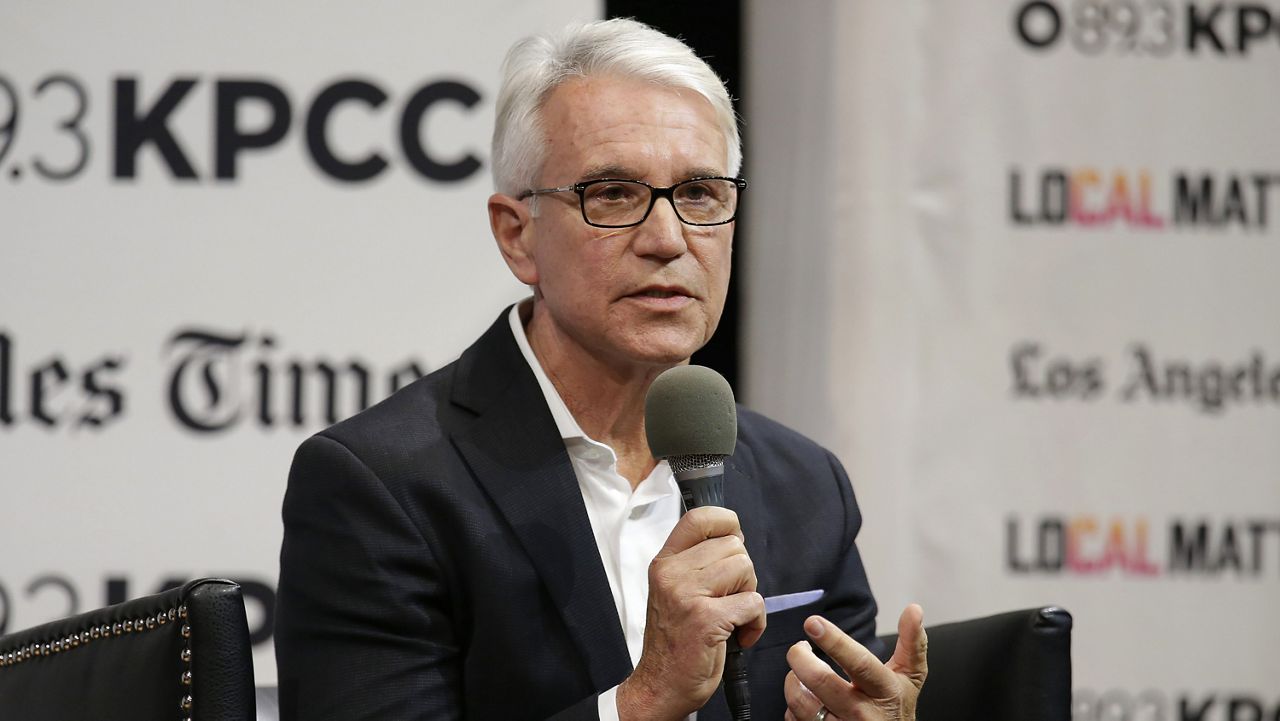 He tells Inside the Issues current Los Angeles District Attorney Jackie Lacey has declined to prosecute them.

“I invited Ms. Lacey to join me in this effort and she refused,” said Gascón. “She said that she would take it under review and never did. Never supported the law. It is the law now, by the way, we were successful in passing the law.”

He said the differences between his leadership and that of Lacey is very significant.

“I think that Jackie Lacey often talks about the law not being very supported but that’s where we are distinguishable,” he explained. “I have similar problems with the law but I went out publicly and made it known that we needed to have different laws in order to ensure that when police officers were using deadly force it would only be under conditions that were absolutely necessary. None of them were necessary.”

Gascón said Lacey “complains about the law” but “refuses to join an effort to reform the law” because those who contribute to her campaign.

“I think she is comfortable with police officers unnecessarily killing people or she is so heavily conflicted by the millions of dollars that she’s taking from police unions that she cannot do her job,” he said. “Either way, it really raises tremendous concern as to her capacity to do this work. Clearly, she’s not working for the people if she is doing this in a way that it’s impacted by the money she’s receiving or if she is simply comfortable with the law then obviously there is a disconnect there between what she says and what she’s doing.”

He addressed the concerns of critics who say his current rhetoric of police reform doesn’t match his history as a prosecutor. He said “distinction” is important when discussing this issue.

“As a district attorney, I never had a case of a police shooting an unarmed person. “The current district attorney in L.A. County has had at least 12, by her own account,” he said. “I had people that were armed, people that had engaged in assaulting behavior and even in some of those cases I recognized that the shooting was unnecessary.”

He said he has evolved in his career and credits that progression to his history with the Los Angeles Police Department.

“First of all, in policing, as starting working as a police officer, going up through the ranks, becoming the number two in the LAPD running operations, being the chief of police in two different agencies and then being the district attorney for about 9 years,” he listed. “And during this period, I have evolved as how I see the world. At one point I told people, during the 1980s and 1990s, I was very much a part of what we now refer to as mass incarceration. But for the last 15, 18 years, I started to work towards ending mass incarceration. Yes, I have evolved and will continue to evolve. There are many things that I would do today, and that I have been doing, that certainly I wouldn't have 20 years ago.”

Gascón grew up in Cuba before immigrating to Los Angeles with his family. His life in Cuba helped to shape his views on law enforcement and his approach as district attorney.

“I grew up in a family that was dissident before the Cuban revolution, that was supporting the revolution. When the revolution turned out to be a dictatorship, then they became political dissidents again,” he said. “I was always in this edge, if you will, where law enforcement was looked upon very unfavorably and we saw a tremendous amount of oppression from the Bautista government first and then from the Castro government.”

The environment, he said, didn’t look favorably on government and policing. They came to Southeast Los Angeles shortly after that. They settled in Cudahy, which was unincorporated at the time and under the Los Angeles County Sheriff’s Office.

“Being in a poor community and kids of color, often our experience with law enforcement was not necessarily a favorable one,” he said.

The combination of experiences pushed him to ensure the government and police would be lawful and respectful of human rights.

“I know it may sound odd for somebody who then went out to spend most of his life in this space, but that I always felt it was very important to understand that policing, much like the military, work for the people in a democracy and that our job is not to drive policy, but it’s to enforce policies that are given to us by our civilian elected officials and by the community, so that has always been one of my guiding principles, even when I was within the system, I still am, obviously, I’m seeking to be elected.”