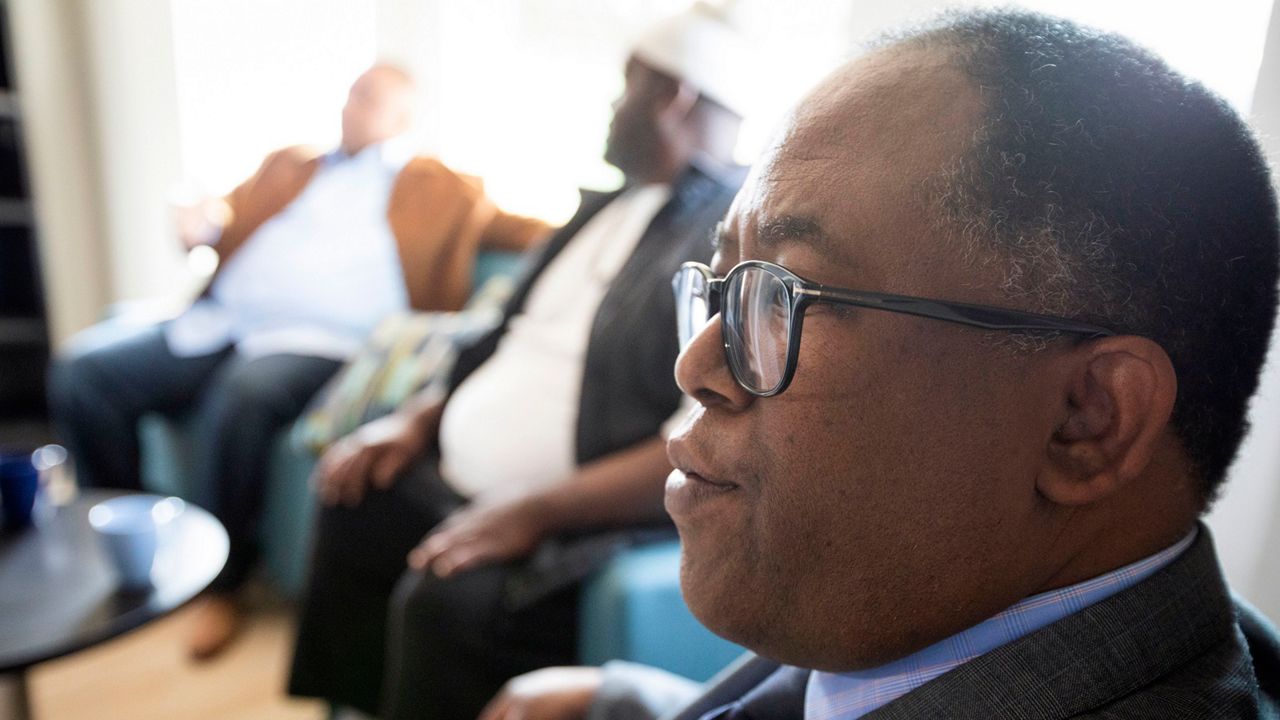 Los Angeles County Supervisor Mark Ridley-Thomas is running for the vacant L.A. City Council 10th District seat against Attorney Grace Yoo. During the primary election in March, Ridley-Thomas received about 21,000 votes, which was 44.3 percent. Yoo received about 11,200 votes, or 23.6 percent.

Ridley-Thomas was executive director of the Southern Christian Leadership Conference of Greater Los Angeles, an organization founded by Dr. Martin Luther King, Jr., before he ran for L.A. City Council in 1991. He then served in the California State Assembly, the California State Senate, and now the L.A. Board of Supervisors.

“I’ve had a wonderful time serving people,” he said. “I seek gratification and fulfillment from making things happen, and at this point I’ve accumulated quite a body of work that is a testament to my commitment to public service.”

Ridley-Thomas said he has been calling for police accountability since the Rodney King beating in 1991.

“I had any number of skirmishes with then-Chief Daryl Gates, and then we moved to civil unrest, and I became a strong advocate for economic development and economic justice, jobs, new facilities, that would enhance the quality of life. At the epicenter of that crisis happened to have been in the district that I represented,” Ridley-Thomas said. “Then we moved to Rampart, and I was one of the strong voices arguing for a consent decree, and as a result of that, in part that is why we have a better LAPD today than we had then. Well if we fast forward to where we are in the year 2020, my theme of accountability, justice; my theme of Constitutional policing, really hasn’t changed significantly.”

Ridley-Thomas has called for accountability with Sheriff Alex Villanueva, requesting independent investigations for the recent shootings of Andreas Guardado and Dijon Kizzee, and the arrest of journalist Josie Huang.

“I can tell you that if you don’t have voices that are prepared to push for accountability in a reasoned, fair-minded way, then we will take significant steps backwards in terms of the issue of law enforcement’s presence and its role in governance,” Ridley-Thomas said. “It is critically important that we have a rational, balanced discussion with respect to reimagining governance. I’d been a proponent of that since I first came to the scene as a public official, and I stay the course with respect to that now and much more. So my energy is up, my commitment is steadfast, and there’s a body of work that accounts for that moving from police accountability to healthcare.”

"[Homelessness] is the defining moral issue of our time."@MRTempower is running to represent L.A. City Council District 10. He said "not everyone is willing to put their back into the issue of addressing the homeless crisis," but that he already has and will continue to do so. pic.twitter.com/KmDzBAutkT

“There’s no way to get around it, and it seems to me that would take leadership, commitment, ingenuity, a strong constitution, because not everyone is willing to put their back into the issue of addressing this homeless crisis,” he said. “There is no denying that I have, I am right now, and will continue to do that because I think it is beyond question for me that it’s the defining moral issue of our time. It is essentially a state of emergency that has continued to compound itself. So it’s a priority of consequence.”

A health director offered this advice to Ridley-Thomas: “I don’t know a better prescription that I can write for homelessness than that of affordable housing.”

“And that’s why I’ve been on a mission to build as much affordable housing, permanent supportive housing, for the people of this region as possible,” Ridley-Thomas said. “We cannot deal with homelessness unless we have services and housing and not necessarily in that order. You need both in order to make a difference. And so, it’s these insights and this commitment and this level of experience that I bring to bear for the people of the Tenth Council District.”

Ridley-Thomas feels fulfilled when he interacts with his constituents.

“I have been here and that’s why my constituents have continued to appreciate, value my service, not because they don’t know any better. It’s because they do know what they get; they get results,” he said. “The legacy that I can point to is developed in the image of the empowerment congress that seeks to not run away from constituents, but invite constituents and hold elected officials accountable. Perhaps I’m a bit unusual as an elected official. I’m not afraid to engage with constituents.”

Ridley-Thomas said he will be a committed representative of L.A.'s 10th District if he wins the election.

“Servant leadership is that which I subscribe to,” he said. “And it is essential to serve the constituents that I represent well, and that is essentially why they have continued to elect me to public office and why I stand for election here.”