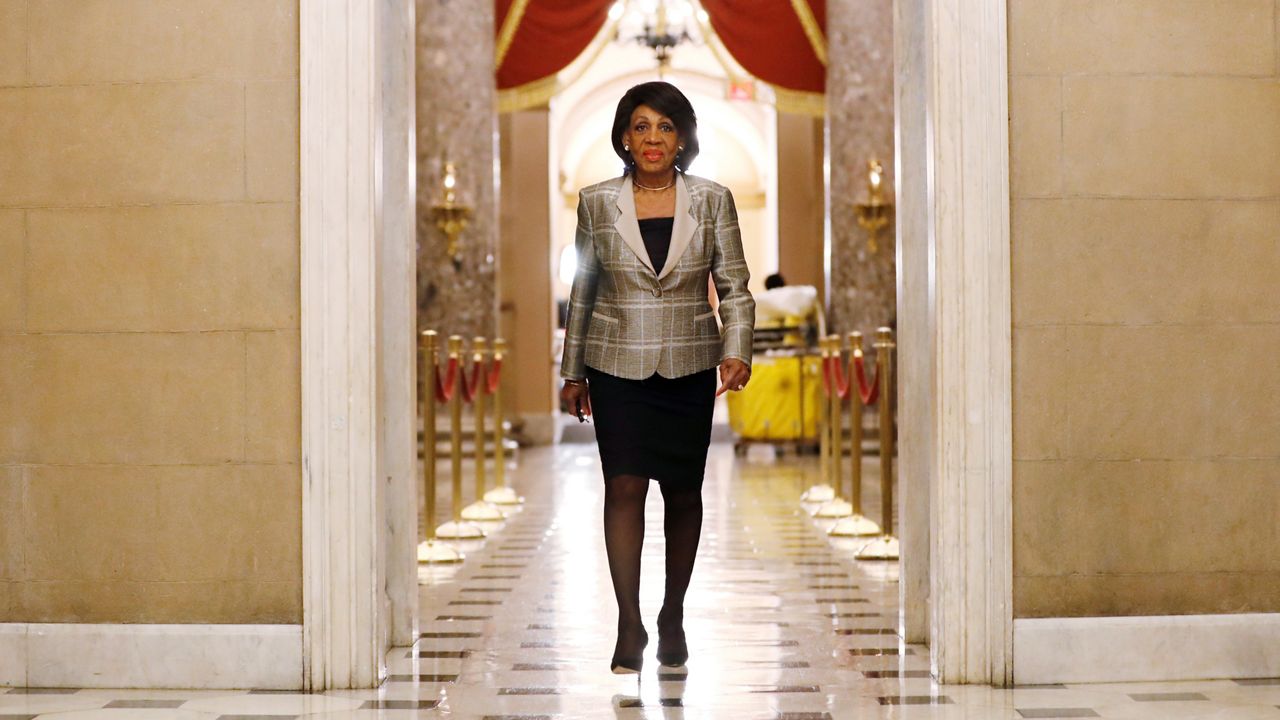 Congresswoman Maxine Waters (D), who represents California’s 43rd District, assumed office in the U.S. House of Representatives on January 3, 1991. Her opponent, Joe Collins (R), has repeatedly said that she is too old to hold office.

In one video on Twitter, Collins said, “Nobody likes you. You need to retire. You’re 82 years old. You’re entirely… we’re so sick of you. It’s ridiculous.”

Rep. Waters is proud of her experience in Congress and said it led her to become the chair of the Financial Services Committee. “That doesn’t happen overnight,” she said.

“As for age, he’d better be careful, because he’s talking to a significant population that are voters, and I don’t think that our senior citizens would like to hear that he’s using it as a campaign tactic talking about how I’m too old,” Rep. Waters said. “I think I’m very vibrant, I have a lot of energy, and I’m a fighter, and I think I’m very well appreciated for all of those qualities.”

At 82 years old, Rep. Waters is only eight years older than President Donald J. Trump. In his interview with Inside the Issues, Collins said he likes that Pres. Trump is "politically young." He's 74 years old, but his first political endeavor was launching his campaign for President of the United States about five years ago.

“He’s never going to criticize Trump,” Rep. Waters said. “He’s a Trump puppet. He’s a big supporter of Trump, and he loves Trump, and he’s acting just like Trump because of all of the lies that he tells all the time.”

Rep. Waters refutes Collins' claim that she hasn't done much for CA43's economy while in office. Many companies have put down roots in South Central, especially in the last few years: “If you take a look at what’s going on in Inglewood, I don’t know what you could call that with all of these sports teams coming in, all of these multi-billion dollar projects that are being built in order to accommodate them.”

“I don’t know if people know that he received a dishonorable discharge from the Navy. He doesn’t tell that. He tries to hide the fact that he’s a Republican and hide the fact that he’s been kicked out of the Navy, dishonorable discharge. And he’s trying to appeal to the veterans. The veterans are turning their backs on him because I work very closely with the veterans. And so this is a young man who has not been raised here, he claims he’s been raised here, but you cannot take anything he says as the truth because he’s built his campaigns on distortions and lies,” Rep. Waters said.

Collins claims that he was born in South Central but after a drive-by shooting that targeted his house, he and his family moved to a rural area outside of Dallas, Texas. And according to Leagle.com, Collins was dishonorably discharged from the Navy for launching a campaign website to run for president in 2020.

In his recent interview with Inside the Issues, Collins was honest about being a member of the GOP. He said, "A lot of my mentors said you choose your political party based on the values that matter to you, and you choose the person who you vote for by those same values, also you know what they can do for you. So joining the military, like thinking about this, looking at the history of the Republican party, knowing that the first Black people who were in political positions were Republican, that is what resonated with me.”

When @RepMaxineWaters heard that two @LASDHQ officers were shot in Compton, she thought of their families: "I was praying that they would stay alive & both of them are alive."

“I have started years ago in dealing with if you remember Daryl Gates and the chokehold was popularized by him, and the battering ram was popularized by him, and the targeting of young Black men who were forced to lay on the ground and to be searched, laying up against cars in their best clothing and all of that, and the killings and the beatings, etc. I think that even many in the police departments know that there needs to be some reform. It has been talked about in all kinds of different ways, and I think that the Black Caucus came up with a comprehensive piece of legislation for reform that we’re trying to get the Senate to adopt, and of course we don’t believe that the President of the United States will sign it, but we’re getting ready for the new administration. But I do believe there is room for reform, and I do believe that the killings of so many unarmed young Black men must be stopped. It cannot continue,” she said.

Two L.A. County Sheriffs were shot in their patrol car on September 12 in Compton. Both have been released from the hospital. The first thing Rep. Waters thought of when she heard this news was their families.

“I learned that the woman police officer had a 6-year-old, and you know I thought about what they must be going through, and I was praying that they would stay alive, and both of them are alive, even though one is in more critical condition than the other,” Rep. Waters said. “And I pray that they recuperate, and they get well, and that certainly the family is able to deal with what is a devastating occurrence in their lives. I wish them no ill-will at all. I really want them to be well and to survive these shootings.”

“As you know, the city councilmembers have the budgets of the police department. We have a police commission for example in Los Angeles. The police commission has a responsibility of hearing the complaints of the community and dealing with the district attorney and dealing with whether or not those police officers acted within the practice that they have been trained to act within,” Rep. Waters said. “So I want the city councils to take more responsibility. They determine their pay, they determine their pay raise, they determine whether or not they’re going to get overtime. Oftentimes in our police department, there are extensive amounts of overtime pay, and they’re sometimes making more money than their regular salary. This means that these city councils have power, that they can leverage that power.”

Rep. Waters said police unions have a lot of power and have intimidated elected officials.

“So between the police unions, the police chiefs, the city councils, that’s where a lot of responsibility lies, but determining whether or not those police departments are acting properly, and they must step up to the plate, and they must call it when they see that they’re not acting properly and that they are targeting and shooting perhaps when they should not have been,” Rep. Water said. “So I am saying: City councilmembers, take responsibility. Police chiefs, take responsibility. And police unions, back off, and do not use your power to threaten them so that we can come to some agreement about how police departments should be run.”