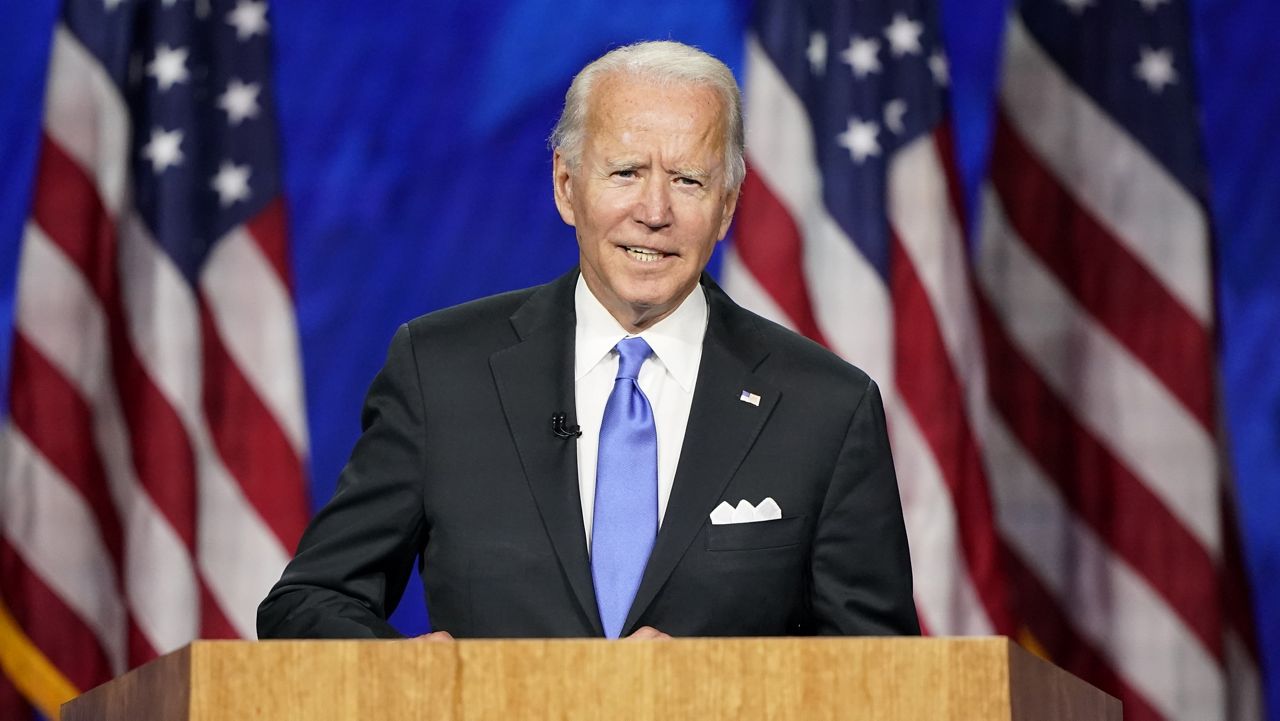 Joe Biden has accepted the nomination for President on the fourth night of the Democratic National Convention. Spectrum News 1’s Kelvin Washington joined Inside the Issues following the event saying the presidential nominee “showed empathy.”

“He showed, ‘I empathize. I am an overcomer,’” said Washington.

Rusty Hicks, the chair of the California Democratic Party, said the Democrats were able to achieve a “brighter, better, stronger vision for America” in the “most unconventional convention we’ve ever seen.”

"We had the opportunity to present a brighter, better, stronger vision for America."@CA_Dem Chair @rustyhicks said tonight's #DNC speakers portrayed the message that "the American dream should be accessible to all of us, not just some of us." pic.twitter.com/ZPfUcLII9p

The theme of the night was “America’s Promise” and included speeches by Californians’ Gavin Newsom and Alex Padilla.

“We heard the words of so many leaders who across the political spectrum, who weren’t necessarily showing up as a partisan, they were showing up as an American to tell the story of Joe Biden and Kamala Harris, but also telling the story of how we can move past one of the darkest moments in our nation’s history, through the leadership and with the leadership,” said Hicks.

The next push for the party, Hicks said, is to spread the word to get out and vote.

"The work of the California Democratic Party is to carry the message of the whole ticket. Not just the top of the ticket, but at the federal level, the state level and the local level," he said. "I think we recognize that on the national level, on the presidential level, California's pretty likely to go solidly blue, but we can take the power of nearly 10 million Democrats and be active in battleground districts and swing states across the country to ensure that we win not just the popular vote, we win the electoral college, as well."