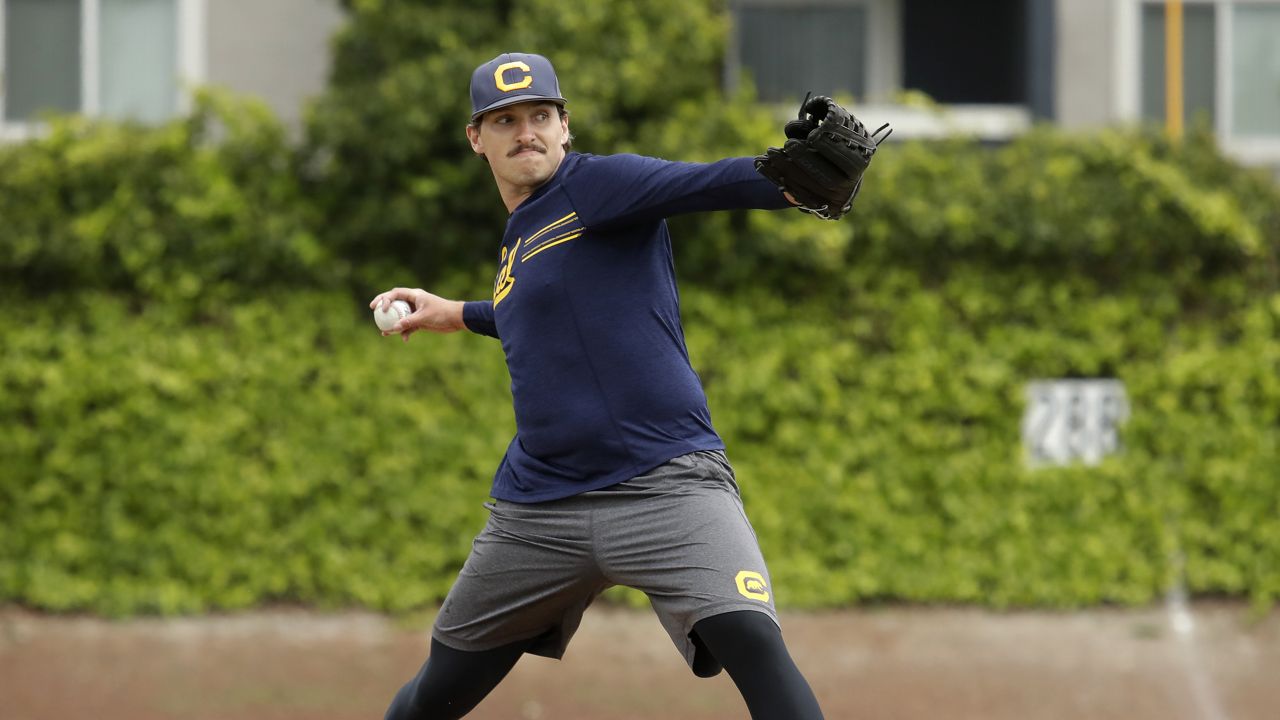 In this file photo from April 17, 2020, the University of California at Berkeley's Jack Delmore pitches during an informal workout at Willie Stargell Field in Alameda. Thousands of players are trying any way they can to stay ready amidst the uncertainty of whether there will even be a baseball season, let alone anything for the game's lower levels. They are trying to prepare while social distancing and without drawing a crowd as California is under a shelter-in-place order. (AP Photo/Ben Margot)

Lancaster JetHawks recently announced there would be no games this 2020 season. Tom Backemeyer, executive vice president of the organization, told Inside the Issues the team usually sees about 175,000 guests at the Lancaster Municipal Stadium, known to locals as The Hangar, during a regular season. But not this year.

They were about three weeks away from the start of the season, Backemeyer said, when the shutdowns started.

“It was literally almost overnight—you go from having a great year and the excitement that leads up to opening day to the next thing you know, it's, ‘Now what are we going to do to get by? How are we going to survive?,’” he recalled. “I mean our revenues literally go to zero overnight, which is something that nobody can prepare for and just like so many other businesses that are out there we had to find ways to adapt.”

A part of adapting, for them, was focusing on their retail items and online sales promotions. They have also been able to rent out their field for various reasons, while making sure to follow social distancing protocols and guidelines.

“We’ve had the ability to do a few small field rentals, keeping within the 10 people or less guidelines. We've allowed the community to come out and it's amazing for most folks to get down on the field and to be able to play catch or take batting practice, I mean, it's a once-in-a-lifetime thing,” Backemeyer said.

The organization is generally known for its outreach efforts in the community, Backemeyer said, particularly their Youth Baseball League. The program allows about 140 kids to play baseball during the summer.

“They get to play six games out here each year and the cool part of it is we provide them a glove, we provide them a baseball bag, a bat, hat, uniform, meals, transportation, the whole nine yards, and they don't pay a dime for it,” he said.

Seeing the kids grow is the most rewarding part.

“The baseball part of it is one thing for them, but more than anything it’s the opportunity to come out to the ballpark, interact with, not only their peers, but to interact with our staff,” he said.