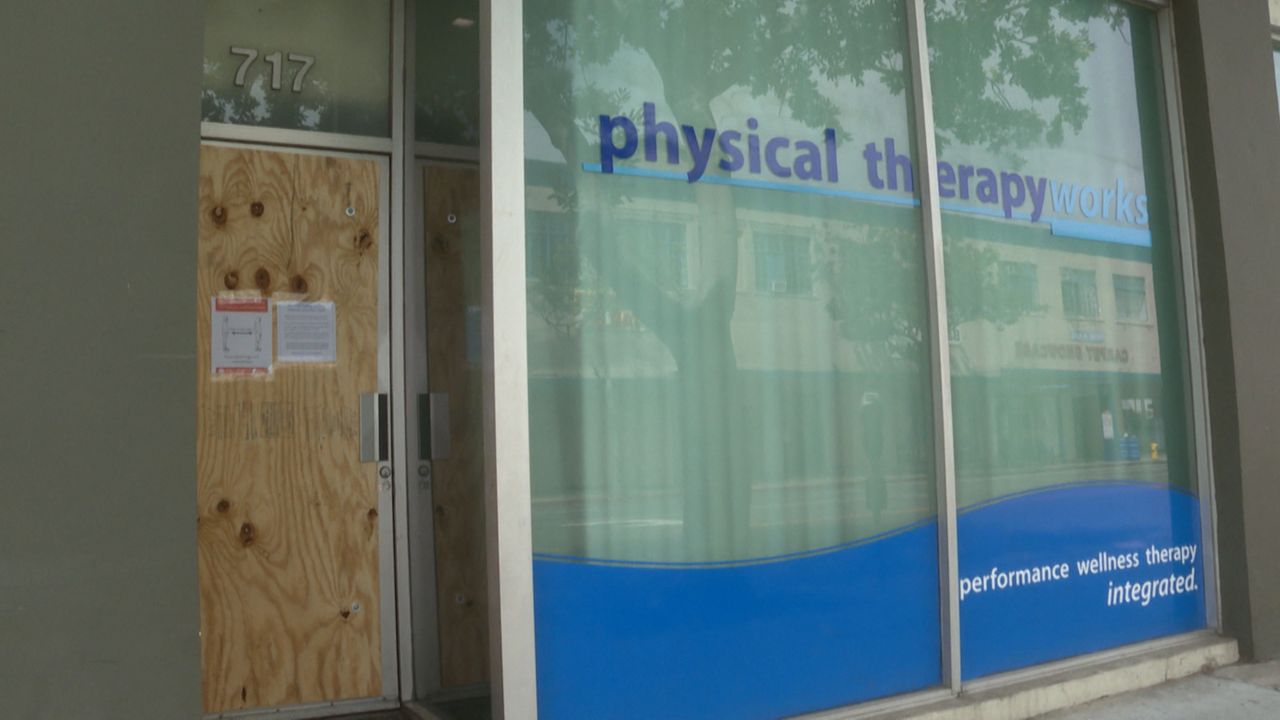 
"They ended up taking seven laptops, three iPads, a scanner, and a robotic vacuum," Dravillas said.

For Dravillas the electronics are much more than a gift from a patient, it is a hopeful reminder.

"There’s a lot of people standing up and doing the right thing," Dravillas said.

Another patient surprised him with two new laptops.

"It changed my world from being very sad and depressed to feeling so inspired that to this moment, I’m still emotional about it," Dravillas said.

And the kindness continued. Dravillas had previously started a GoFundMe page to help his business get through the COVID-19 outbreak. The office was allowed to stay open, but has seen a big drop off in patients.

As a physical therapist, Dravillas didn’t think looters would attack his business.

"What are they going to do? Come in and steal the treadmill? That didn’t make a lot of sense to me. It didn’t occur to me to think about the laptops," Dravillas said.

Since word got out that his office was hit, he has received more than $2,500 in donations.

The Friday before all this happened, Dravillas had written a message on the mirror.

"Now the reason we’re here, every man every woman is to love each other, take care of each other," Dravillas read.

They are lyrics from the song A Message of Love by the 80s-rock band, The Pretenders.

"It was just coincidental with everything that was going on. I just like this message," he said.

For years, Dravillas has taken good care of his patients and now they are returning the favor.