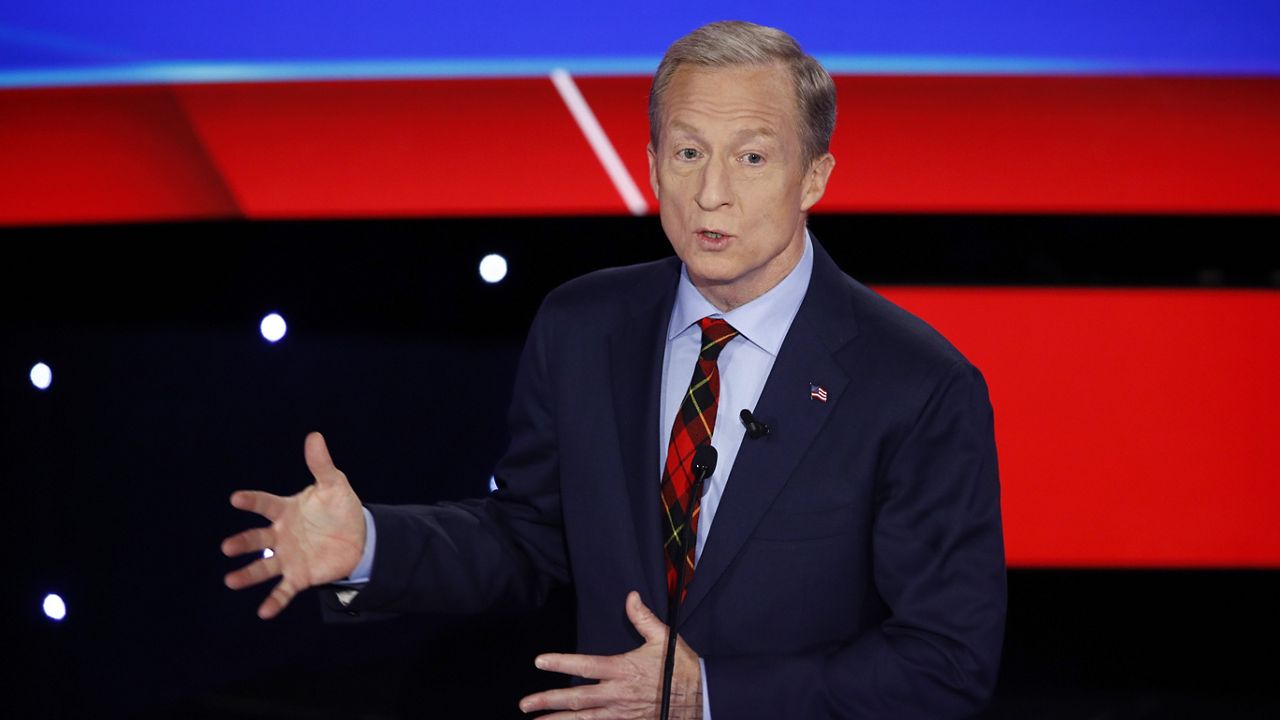 California billionaire Tom Steyer was able to qualify for a recent Democratic Presidential debate, thanks to two Fox News polls.

Candidates are required to make fundraising goals or meet poll thresholds in order to participate in the debates. Political Science Professor at Loyola Marymount University Fernando Guerra said he would have expected the opposite.

“I actually thought he would have a more difficult time qualifying, not with the polls, but with the money," he said. "I think as a billionaire it can be very tough to raise money."

Voters can often question why a billionaire would need their money in the first place, which can pose a challenge when asking for donations.

“Bloomberg, the other billionaire in the race has refused to fundraise because he knows how tough that is,” Guerra said.

He said it’s the injection of spending money on ads in those two states, South Carolina and Nevada, that's why he’s polling so well.

“Steyer has dominated the airwaves in these early states, especially Iowa, New Hampshire, Nevada and South Carolina. There are no Bloomberg ads in those states because he hasn’t qualified. So, [Steyer’s] basically had more than double the amount of airtime than anybody else in these early states,” Guerra said.

There was another big moment at the last debate, when moderators asked Bernie Sanders about allegations that in a conversation with Elizabeth Warren he said a woman couldn’t win the post. Sanders responded by saying he doesn’t believe that and wouldn’t say that. Hot mics and rolling cameras caught Warren asking him about it after the debate had ended.

Guerra said Warren's decision to ask Sanders about his answer afterward, instead of during, speaks to their working relationship.

“Well, they’ve had a great alliance, in a sense, they’ve had a pact not to go after each other,” he said. “My instinct is that they’re both right. That, in that private conversation, he probably said something that she took to mean a woman can’t win.”

Another hot topic during the debate was impeachment. Southern California’s very own Adam Schiff has been named House Manager in the trial.

“He is not only the House Manager, but the lead House Manager, right? And he’s also been the focus of the ire of the President, who talks about him, and then of course he led everything in his committee in the House. So, incredibly prominent," Guerra said. "Californians continue to be prominent, not only Nancy Pelosi as the Speaker and the lead head of the Democrats, but McCarthy, another Californian, head of the Republicans. Everything seems to be happening in California.”

Guerra said this could mean an easy reelection for the Representative in 2020 and Schiff will probably be one of the primary candidates for U.S. Senate’s seat in 2024, when [Sen. Diane] Feinstein’s seat is up.

“I could also see a Democrat winning in November and appointing him Attorney General,” Guerra said. “Can you imagine him as Attorney General, going after all of Trump’s shenanigans throughout, not only in the White House, but all the characters.”