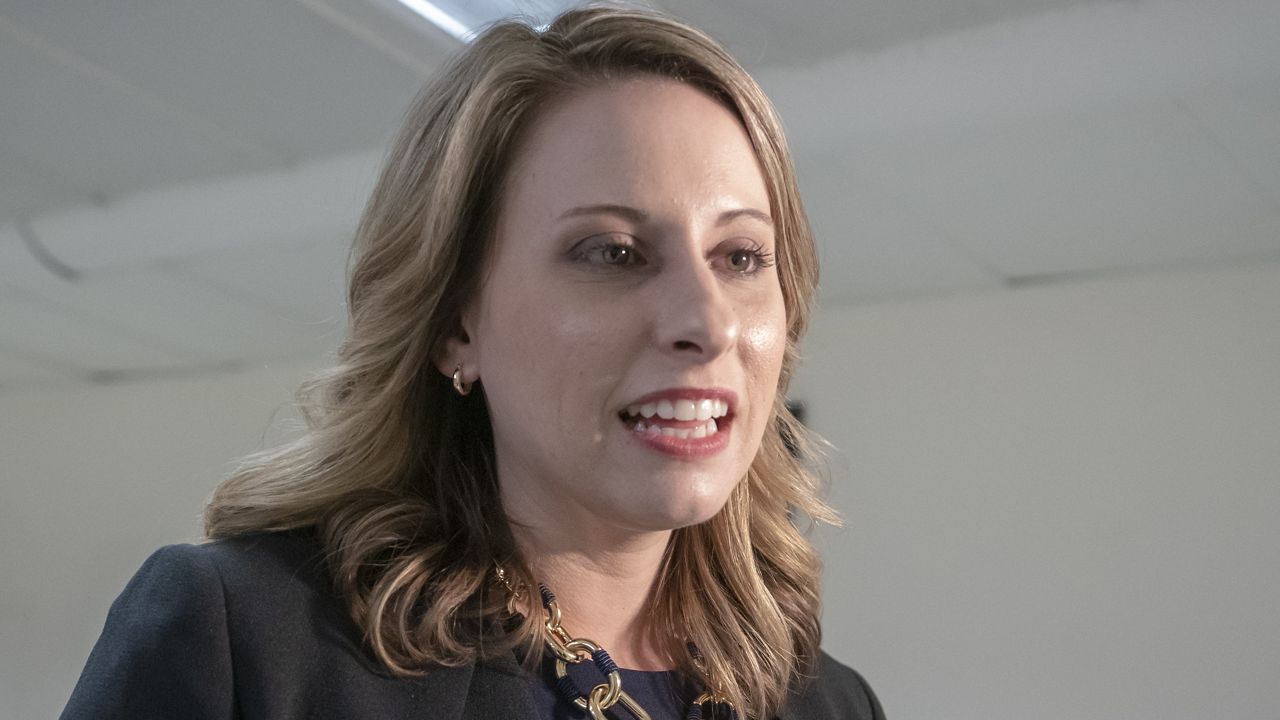 Rep. Katie Hill, D-Calif., is seen on Capitol Hill in Washington, Wednesday, April 3, 2019. House Democrats are rounding the first 100 days of their new majority taking stock of their accomplishments, noting the stumbles and marking their place as a frontline of resistance to President Donald Trump. (AP Photo/J. Scott Applewhite)

Saugus High School Alum and former Congressmember Katie Hill joined Inside the Issues by phone in the wake of the school shooting which happened in Santa Clarita on November 14, 2019.

She described the community of Santa Clarita as “incredibly close-knit.” She said while the area is the third largest city in Los Angeles County, it’s also the smallest town and everyone knows someone who has connections to the school in some way.

“My entire family went there. It’s really tragic and the community is reeling,” she said. “I hate to say this but so many of the students I worked with through the course of my campaign were really mobilized around gun issues because they felt like it wasn’t a matter of if this would happen in our community, but a matter of when and sadly that day has come.”

Hill says school shootings and gun violence are an “epidemic” that should be addressed by the Centers for Disease Control and Prevention (CDC) and the National Institutes of Health (NIH).

“It’s not normal. The fact that it’s happening to people who are so young to have incurred enough trauma in their lives that this occurs. The kid [who perpetrated this] was turning 16-years-old. There is something fundamentally missing within our society whether it’s supportive resources or mechanisms of identifying the anger that could ultimately lead to this that we have to be looking to as well,” she said.

She said while mental health is a part of the problem, these shootings cannot be “blamed on a diagnosis.”

Hill herself is a gun owner and her father is in law enforcement. When it comes to getting these messages to people who can control the legislation, she said after leaving office she has realized that she cannot go away in terms of advocating for mechanisms that ensure a higher level of gun safety.