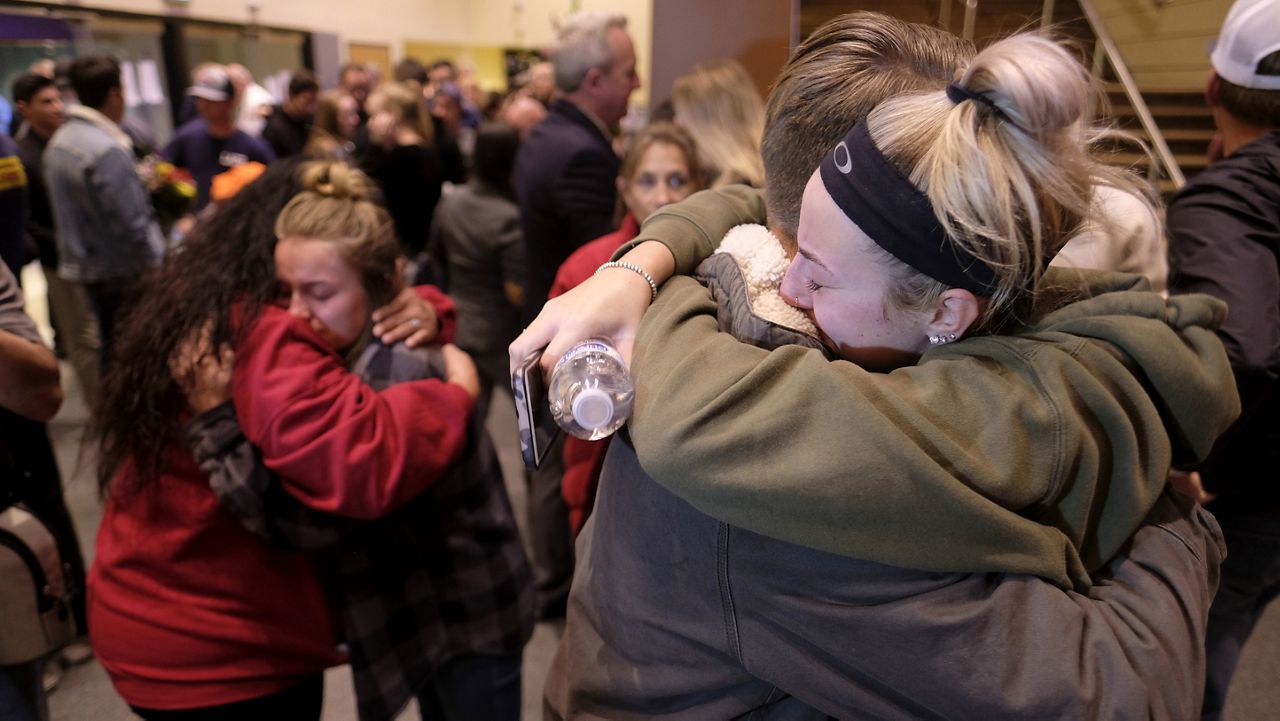 People comfort each other after a candlelight vigil for the victims of the mass shooting in Thousand Oaks , Calif., Thursday, Nov. 8, 2018. A gunman opened fire Wednesday evening inside a country music bar, killing multiple people. (AP Photo/Ringo H.W. Chiu)

November marked a year since the mass shooting at the Borderline Bar and Grill in Thousand Oaks that left 12 people dead. On this episode, we look at what steps have been taken to curb gun violence since the tragedy and the role that mental health plays in these shootings.

We speak with former Thousand Oaks Mayor and current state Assemblymember Jacqui Irwin about where she was when she received the news and the steps she is taking to curb gun violence. In the wake of the tragedy, she crafted several bills aimed at curbing gun violence.

Director of the Violence Prevention Research Program at UC Davis and emergency room physician, Dr. Garen Wintemute, has been on the front lines of gun violence prevention for years. He talks about how to prevent mass shootings like the one in Thousand Oaks including background checks, recovering firearms that were purchased illegally through California’s Armed and Prohibited Persons System and gun violence restraining orders.

Filmmaker Emily Taguchi chronicled the lives of students who were affected by a mass shooting at Marjory Stoneman Douglas High School, which occurred nine months prior to the shooting at Borderline Bar and left 17 people dead. She is joined by a Stoneman High School student, Victoria Gonzalez, who lost her boyfriend in the shooting. Taguchi’s documentary, After Parkland, chronicled the lives of students and parents from the area.