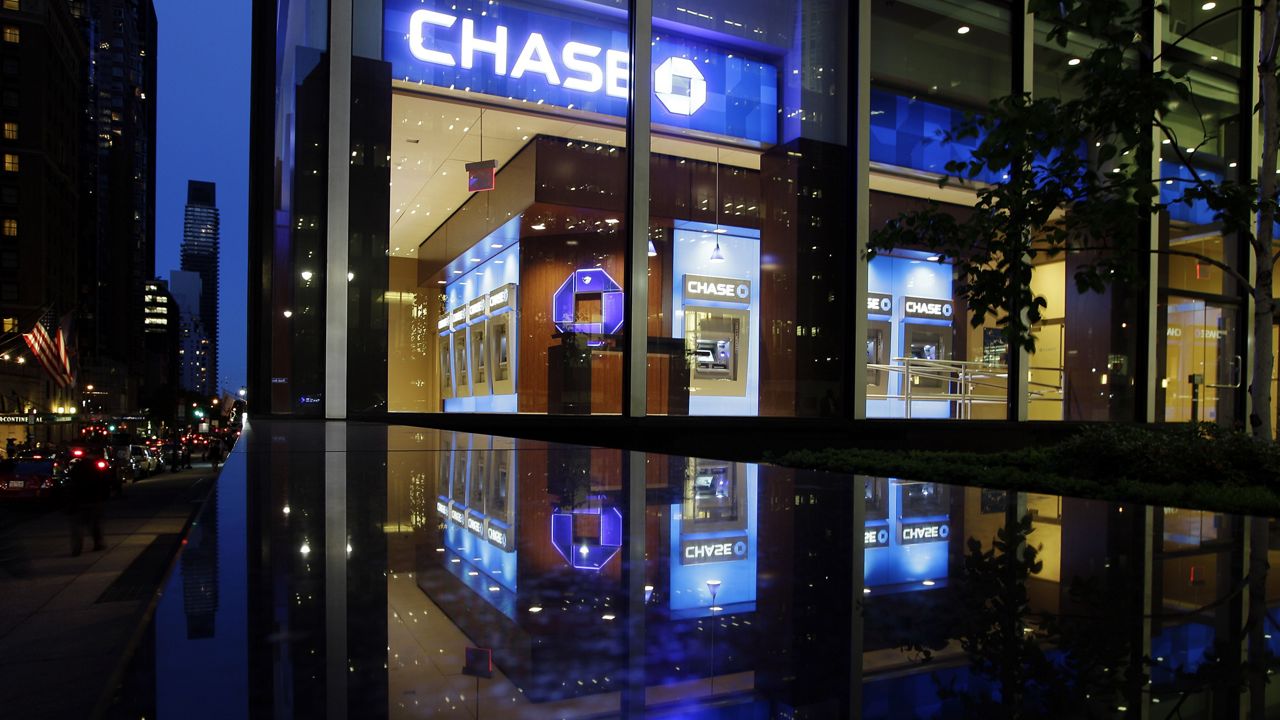 Automobiles pass a JP Morgan Chase building Thursday, May 10, 2012, in New York. JPMorgan Chase, the largest bank in the United States, said Thursday that it lost $2 billion in the past six weeks in a trading portfolio designed to hedge against risks the company takes with its own money. The company's stock plunged almost 7 percent in after-hours trading after the loss was announced. Other bank stocks, including Citigroup and Bank of America, suffered heavy losses as well. (AP Photo/Frank Franklin II)

Financial Literacy Can Be Important Key to Living in SoCal

Financial literacy used to be a fundamental topic taught in high school math classes up until the 1940s, when World War II shifted the curriculum. Now, most students don’t learn about understanding finances until they get their first real job.

According to a National Report card on financial literacy in high school, the state of California received an “F.” Chris Browning, host of Popcorn Finance podcast, and Michael P. Ernst, president and investor of Ernst and Company Wealth Management, want to change that grade.

Browning said financial literacy is about how to effectively and efficiently use your personal finances to learn how to manage money including insurance, investments and planning for retirement.

“Financial literacy is very important to me,” Ernst said. “It’s really about helping people develop a stronger knowledge base of the basic financial concepts.”

The National Foundation for Credit Counseling’s Consumer Financial Literacy Survey showed a little more than 40 percent of adults gave themselves low grades in regards to their own personal finance. Sixty-percent do not even have a budget and more than 30 percent don’t have a savings account.

Browning says the real issue is exposure to finances and most people aren’t taught the skills necessary to manage finances.

Ernst believes in discipline, patience and conviction when it comes to finances. He said adults tend to avoid planning for their future.

“Fail to plan is a plan to fail,” said Ernst. He said most people think they have all their finances in check, but they do not have clear plan written out for them.

The idea of financial literacy can be daunting when planning for your future. In Southern California, it can be especially hard because of the high cost of living. Eighty-percent of people are living paycheck to paycheck, when that doesn’t have to be the case.

“There is a huge learning curve,” Browning said. It can be hard to know how to save money to live a comfortable life.  He says there is so many things in life we have to deal with, that it can be a burden.

Many people in Southern California do not have the typical 9 to 5 job. There are a lot of creative types. Browning says that working in the media is difficult because there are so many side projects to keep track of, along with different forms of paperwork, and taxes.

“What kind of retirement plan can I open up?” Browning said. “It becomes a more complex thing, especially when you see millennials are choosing a more entrepreneurial route.”

Millennials are now creating a new movement called the Financial Independent Retire Early movement. The idea is to save large sums of money when you are younger to retire at an early age.

There are a lot of misconceptions about this movement, one of them being that these people aren’t enjoying their life and too caught up in saving. However, Browning says there is something to this movement.

“One of the things I really do love about the FIRE movement is the intentionality about spending,” Browning said. Young people are now starting understand where to put their money. Browning said to always think of “What truly brings joy to my life?” and put your money towards things you care about.

However, life can throw us curveballs and sometimes it is unexpected. Ernst suggests keeping an emergency fund of three to six months of salary saved and to start building your savings from there.