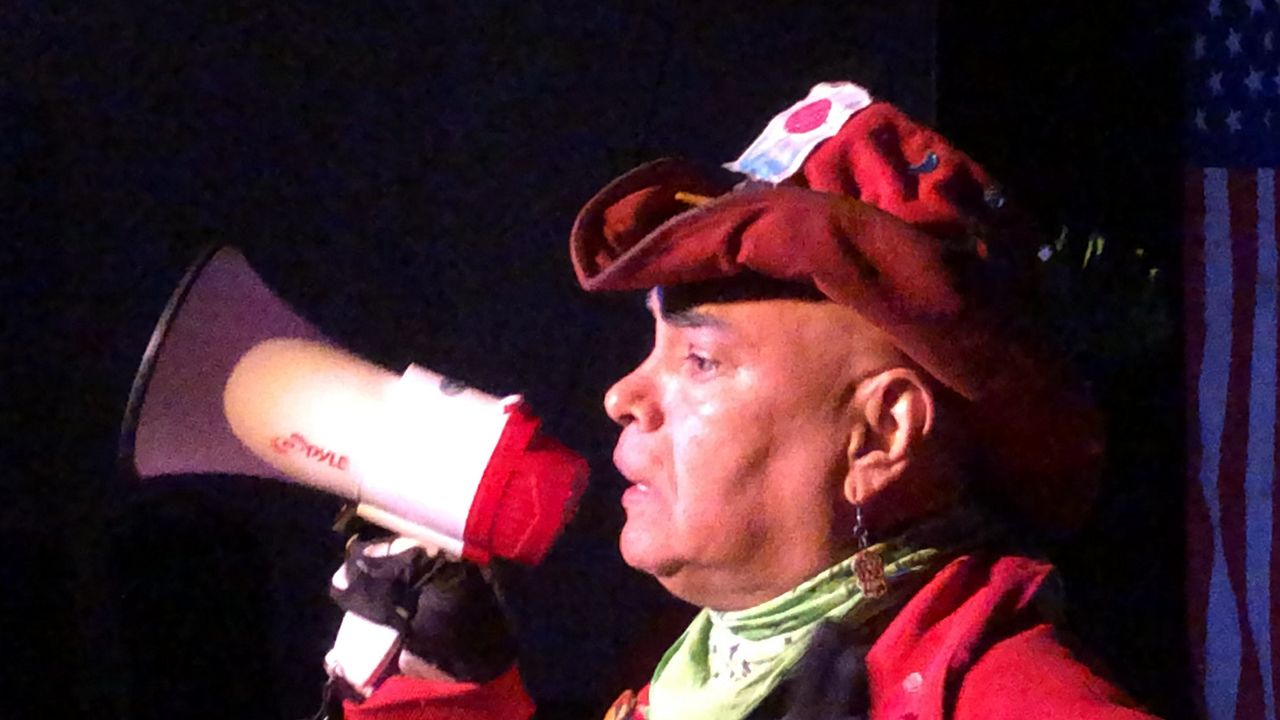 LOS ANGELES – The latest production from the Latino Theater Company is described as a sci-fi latino noir satire that shines a spotlight on anti-immigrant hysteria.

"There’s a lot of hate out there, no? You know what really worries me?  When I hear politicians say let’s take America back.  How far back do you want to go?" said Jose Torres-Tama, playing the role of Pachuco in his one-man show Aliens, Immigrants, and Other Evildoers at the Los Angeles Theater Center. 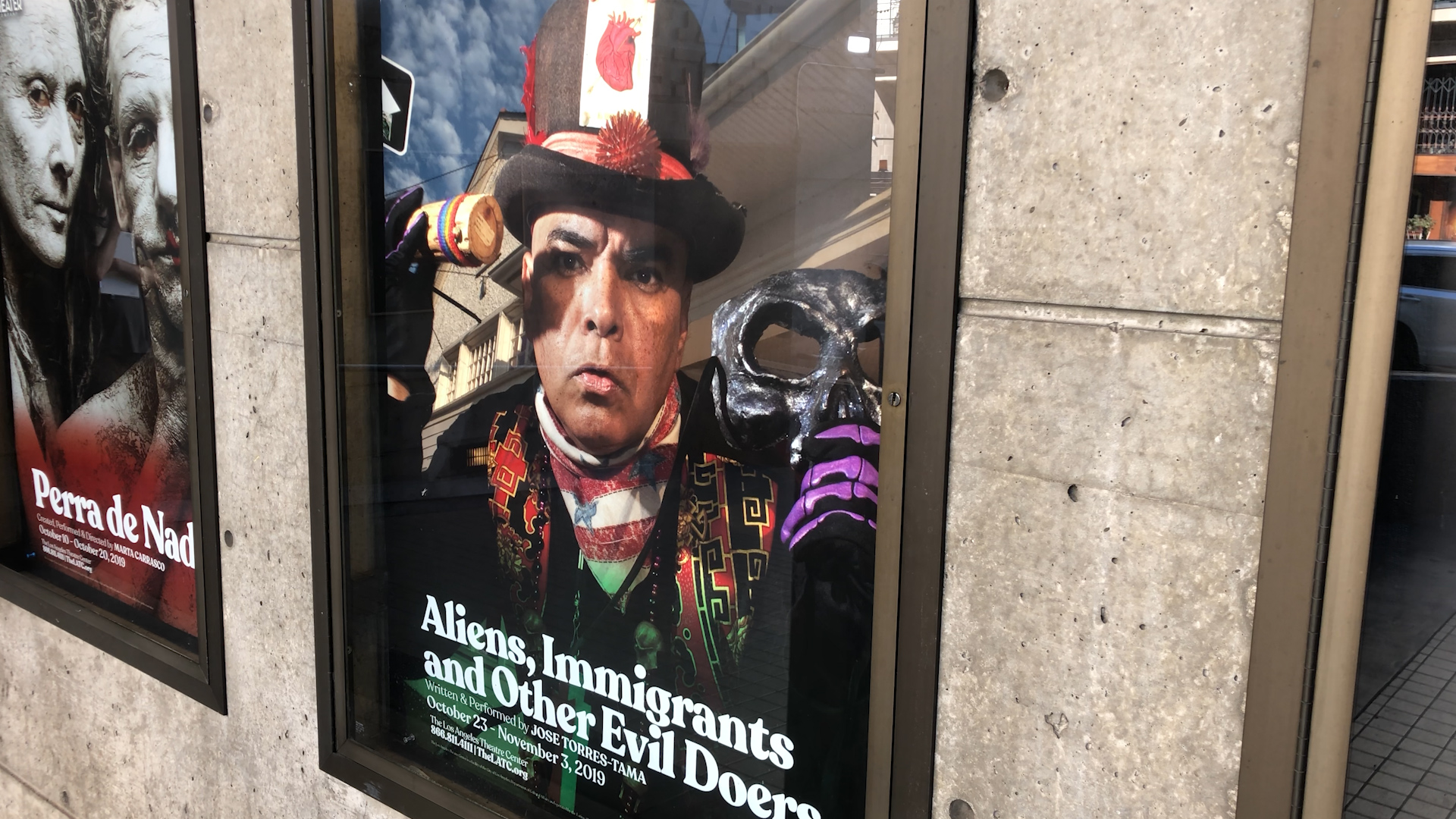 "I’ve been engaged in a 10-year chronicle of documenting the stories of our undocumented people," Torres-Tama said.

The title is a spin-off from one of former President George W. Bush’s comments after 9/11 about getting them "evil doers."

"We need satire to actually look at the dehumanization that’s going on, but the piece brings real life personal stories to you," Torres-Tama said.

He plays nine characters, tackling immigration issues head-on with a mix of levity and symbolism.

"You go to that Starbucks and what happens. You gotta ask for a 'grande.'  Why can’t they call it big?" he says in the voice of one of his characters.

"Giving opportunity to young people of color to be able to see themselves on the stage, to be able to train to be artists, all of that creates a better society," said Jose Luis Valenzuela, the Artistic Director of the Latino Theater Company.

It runs five theaters inside the Los Angeles Theater Center in a building that is more than 100 years old.

It used to be the Security Savings Bank and Luis Valenzuela says it has the largest stained glass ceiling west of the Mississippi.

"It’s such a fantastic lobby," he said.

The Latino Theater Company puts on eight to 10 plays a year there and runs workshops dedicated to telling stories of Latinx and other underrepresented communities.

"If we talk, if we dialogue, if we sit down, we begin to learn about each other, and we begin to love each other in a different manner," Luis Valenzuela said.

It’s one of the reasons Torres-Tama loves performing there.

"It can’t just be like...'Oh, we’re going to talk about this work during Hispanic Heritage Month,'" Torres-Tama said.

"We need more love because love is radical. Hate is reactionary."

For more information about the Latino Theater Company, click here.