Every week, each child gets an envelope filled with money they’ve earned from doing specific jobs at school. The kids earn 30 cents a day—all part of a financial literacy program at City Kids LA —a private school for pre-school through elementary in the mid-city area.

"To not have our kids graduating with any financial literacy to me is a really big disservice we’re doing to them," said Head of School Ryanne Plaisance.

She chose to implement the concepts when she opened the school in 2015—filling a need she wished she had when she was growing up.

"I didn’t have a clue about really saving or interest," Plaisance said.

She wanted a way for students to find a deeper meaning in whatever they were learning.

"There was such a detachment between classroom work and the world outside, and the truth is we can’t have one without the other."

With cash in hand, the pre-schoolers head to the school store, where there is a selection of toys and other items for a price. The money is fake, but the values are very real. The students then have to decide whether to spend or save for something better.

"Most of the older kids, the 4 and 5 year olds, they know how to save and they know the concept of saving, but the younger three-and-a-half…usually tend to spend the money," said Pre-School Teacher Myrna Garcia.

"I think it’s one of the biggest reasons that people are drawn to our school," Plaisance said.

"Our youngest ones will come and they’ll have their dollar in their hand, and they’ll be looking at the school store, but they want the five dollar item and they’ll look at you and they’ll be like, but 'I want that item.' We’re like, 'Yeah, you can save that money in your savings account or you can buy this little eraser.'"

She says the thought process and anxiety over what to do can sometimes last for 30 or 40 minutes.

Plaisance admits it takes some getting used to…even for the adults.

"We often have parents go, ‘Are you sure they can’t just get that coloring book?' We’re like, 'No. It’s a process,'" Plaisance said.

But she sees her lessons paying off…

"When they finally reach their goal and they have bought the item that they have been yearning for for so long, the joy that comes from that and the lesson, it’s invaluable," she said.

In fact, it’s become something many parents and their kids have come to expect. Plaisance says if she skips payday, she gets emails from home.

Sometimes, the lessons take them outside the classroom. There was a field trip, where pre-schoolers went grocery shopping at a nearby Sprouts. They were buying items to make a salad. 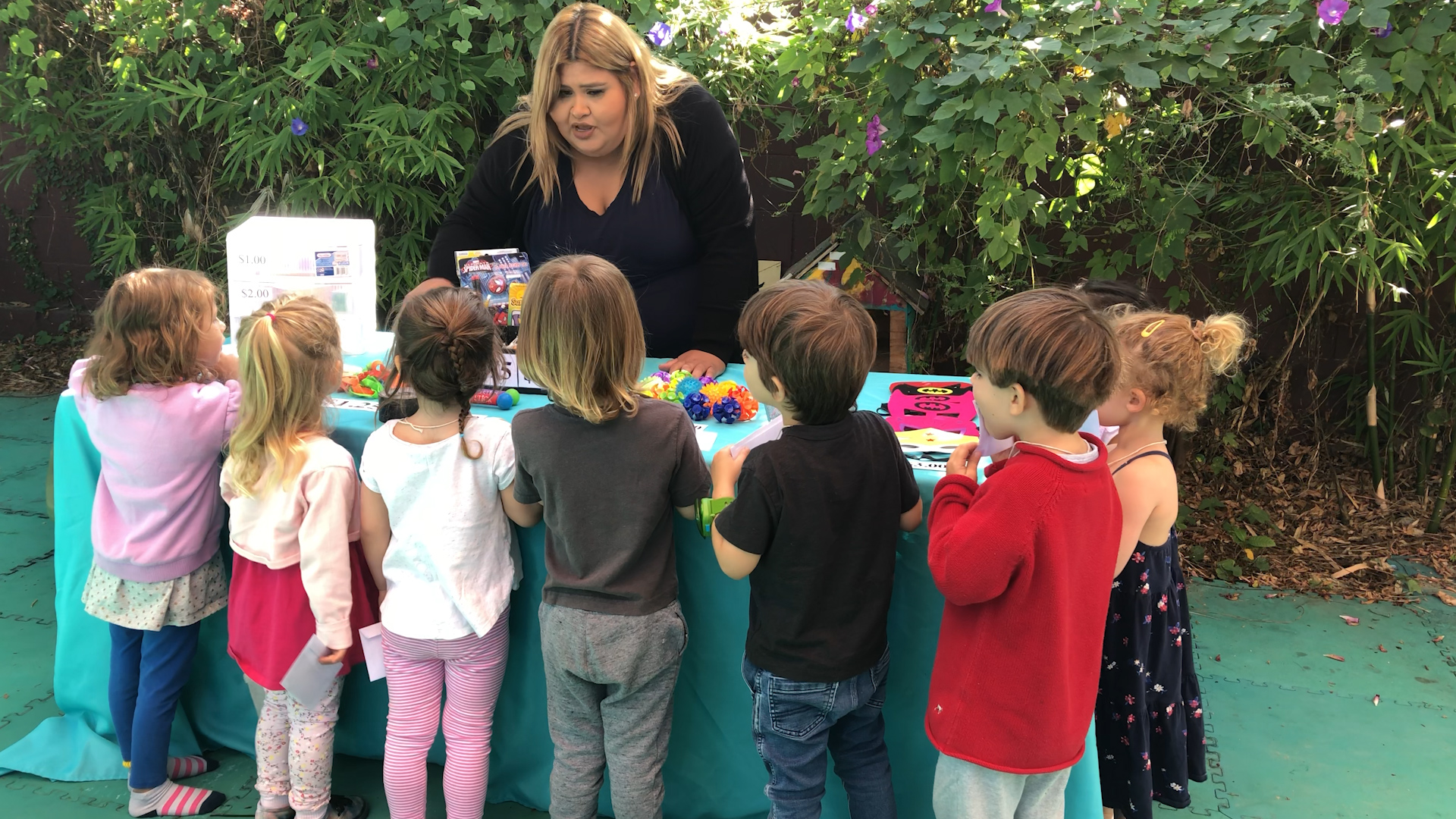 "For almost everything we do in preschool, I say they’re seeds that we’re planting. It’s vocabulary that we’re introducing to kids that they later on make connections with," Plaisance said.

"No matter what track they want their career to go in, they will know how to manage their money to best serve them, so they can follow their passions and pursue happiness, which I think is what we all want for all of our kids," Plaisance said.

For her, that pursuit is priceless.

You can find more information at lacitykids.com