ANAHEIM, Calif. -- For many Southern Californians in the late 1950’s, Walt Disney's Enchanted Tiki Room at Disneyland in Anaheim was likely their first exposure to the world of tiki culture, complete with that catchy tune by the Sherman Brothers.

It stars Jose, Fritz, Michael, and Pierre along with other birds, flowers, and timeless tikis…a total chorus of more than 225 audio animatronics.

"It opened in 1963 using a lot of declassified military technology," said Disney Imagineer Kyle Barnes, who's been with the company for almost 30 years. He's one of the many engineers behind Disney's parks, attractions, and resorts.

And with all the computers required to run that technology, it also became the first fully air conditioned attraction at the park. Despite opening more than five decades ago, Walt Disney’s Enchanted Tiki Room hasn’t changed much.

"It truly is magical and it’s one of the few attractions that we still have that has been untouched since Walt Disney himself worked on it," Barnes said. 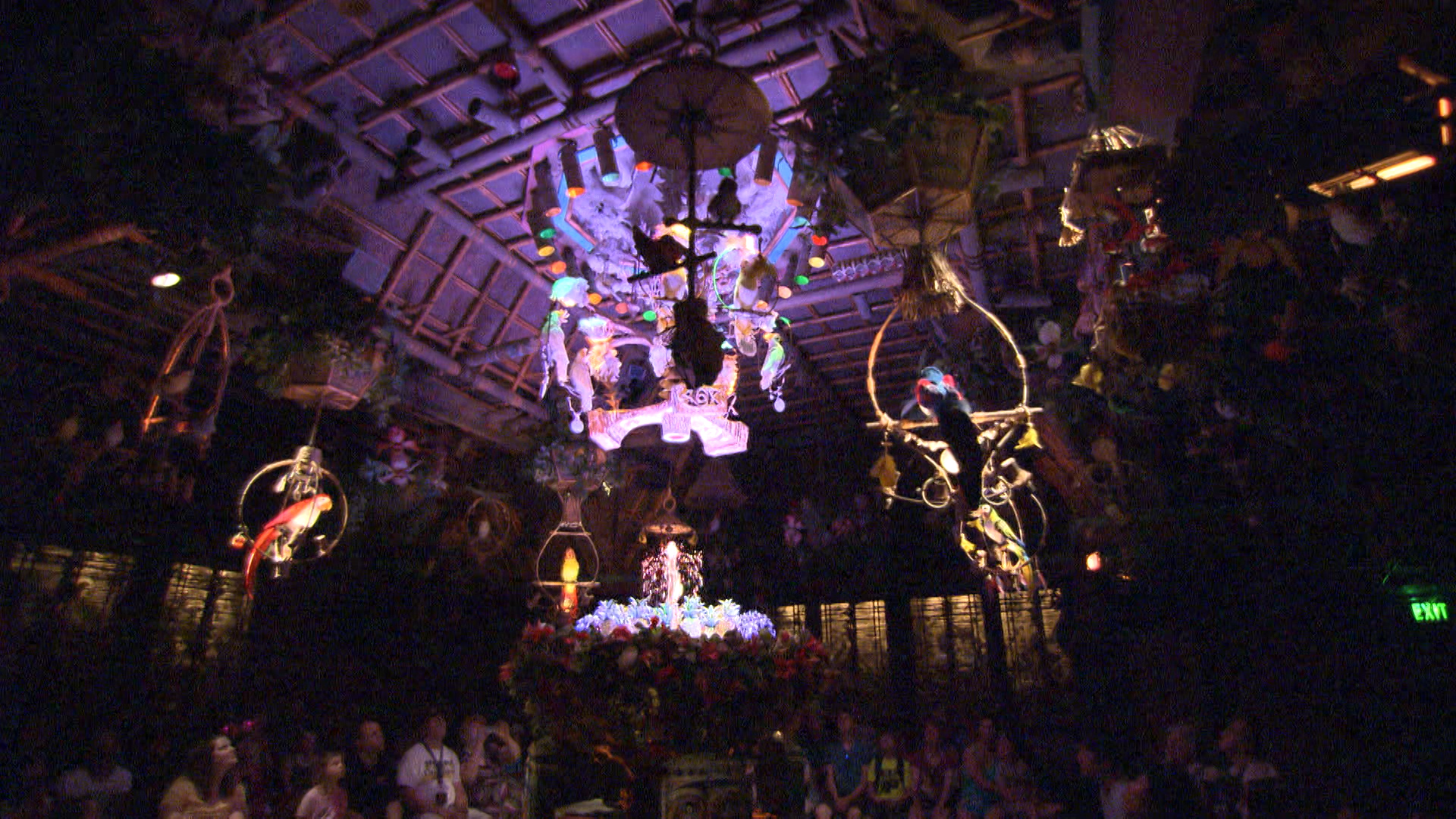 He says Walt Disney’s Enchanted Tiki room was originally designed as a restaurant,

"That idea didn’t pan out and we got this fantastic show."

While Barnes didn’t work on the actual attraction, it still holds a special place in his heart.

"When the time came to replace the chairs, I was fortunate enough to work on these benches," he said pointing to the area where guests sit during the show.

Plenty of visitors still fill those benches and sing like the birdies sing. Anna Reid was visiting Disneyland from Oregon for the first time.

"I absolutely love the Tiki Room!  My mom really likes tiki stuff too so I promised her I would come to the Tiki Room," Reid said. "I’ve been listening to the music for months, and it just makes me so happy no matter what’s going on."

And for adults looking for more tiki fun, Barnes recommends heading to Trader Sam’s—the popular tiki bar at the Disneyland Hotel, where he was the art director and worked with a small team to bring it to life.

"How do we create a storyline that’s in an era when Disneyland opened in 1955, up until about the mid-60s, and this is what we ended up with," Barnes said.

But it was the Tiki Room that left a clear impression on Barnes as a young boy.

"I can remember my first visit here when I was probably like 5 with my grandparents, and I was certain it was rainy outside," he said.  "When I walked outside in the daylight, it was like 'Hey, what happened to the rain?'"

It's a one-of-a-kind attraction still entertaining all generations looking for a special piece of paradise.