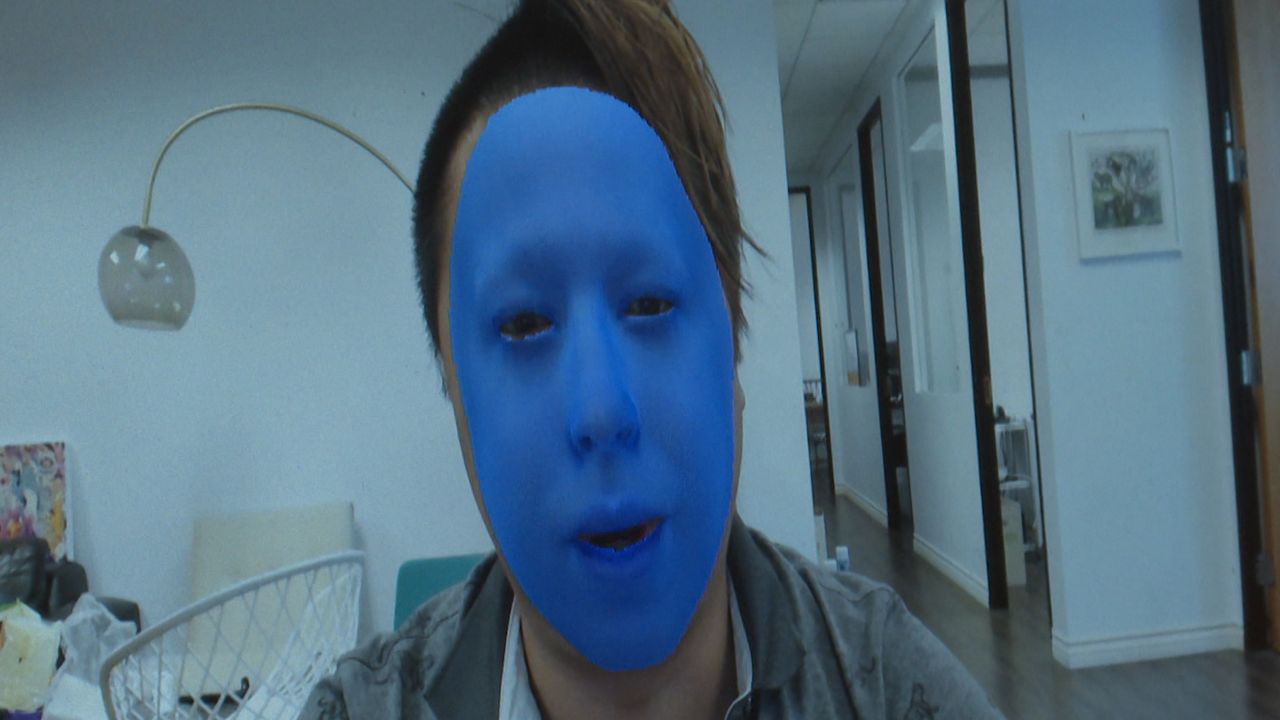 "When I’m moving my eyebrows up, it’s actually moving that too," Li said.

Using a web cam, some complex computer code, and powerful graphics processors, Li can take a single image and put that face on his own in a digital world with help from some face tracking software.

"It analyzes what facial expression I’m doing. Based on these facial expressions, it’s driving the face of Kim Jong-un," Li said. "All the teeth, they are not my teeth. They are what this AI system insists as potentially his teeth."

"We can create a 3-D model that looks very convincing, and we can drive it in real time," Li said.

Right now, the technology is mostly in the hands of computer scientists, but Li says not for long.

"All the research in this domain is moving very, very fast," he said.  Deepfakes are not something that you still need hours and days to prepare. This is really just to showcase how dangerous that kind of stuff could be."

Simply take a photo of your face…and voila.

"So, that’s your 3-D avatar. You can see your face in it," Li said, demonstrating on his phone. "It’s a bit like a virtual selfie," he said.

At this point, it’s mostly for entertainment. Users can change their avatar’s clothing, hairstyles, and more.

"The idea is basically to make the creation of virtual beings accessible to everyone," Li said.

But more companies are seeing practical applications of photo-realistic avatars. Li says a big one is the fashion industry, trying to minimize returns from online shopping.

"Let’s say you wanted to see how you look in new clothings without going to the physical store. One of the things that we’re working on is actually a virtual fitting room," Li said.

He displayed a shirt covered with visual markers that when worn will capture a person’s body type and size so they can see how they look in different styles of clothing. They’re also developing ways to take any photo and change the skin tone or expression.

"You can see this person’s face appears very red because of the lighting condition, but we are able to actually recover how he should look like," Li said.

The software could also potentially help law enforcement find a missing person from a single photo.

"This is a kid that has been kidnapped and there are no other pictures of her," Li explained.

He says it could even help track down a fugitive.

Li knows it’s a technology filled with possibilities and perils.

"What I’m more concerned about is disinformation itself. Fact checking technology has to be improved a lot," he said.

And it’s changing by the minute.

"I’m pretty sure that in six months, something new is going to come," Lie said.  I believe that we’re really only at the beginning."