Remainders Creative Reuse is like Goodwill, only for crafters

PASADENA, Calif. — There was a time when Robin Cox had so much leftover fabric from sewing that she couldn’t hold enough garage sales to get rid of it.

“The thing with crafters is they have really good stuff, so they don’t want to throw it out, but they don’t know where to take it,” said Cox, who is the beneficiary of all the odds and ends that regular resale shops don’t take.

Walk through the doors of Remainders’ unassuming storefront on East Washington Boulevard, and there are aisles of quilting cotton and colorful bolts of fabric alongside shelves of greeting cards, bins of paper, tubs of recycled pens — you name it. 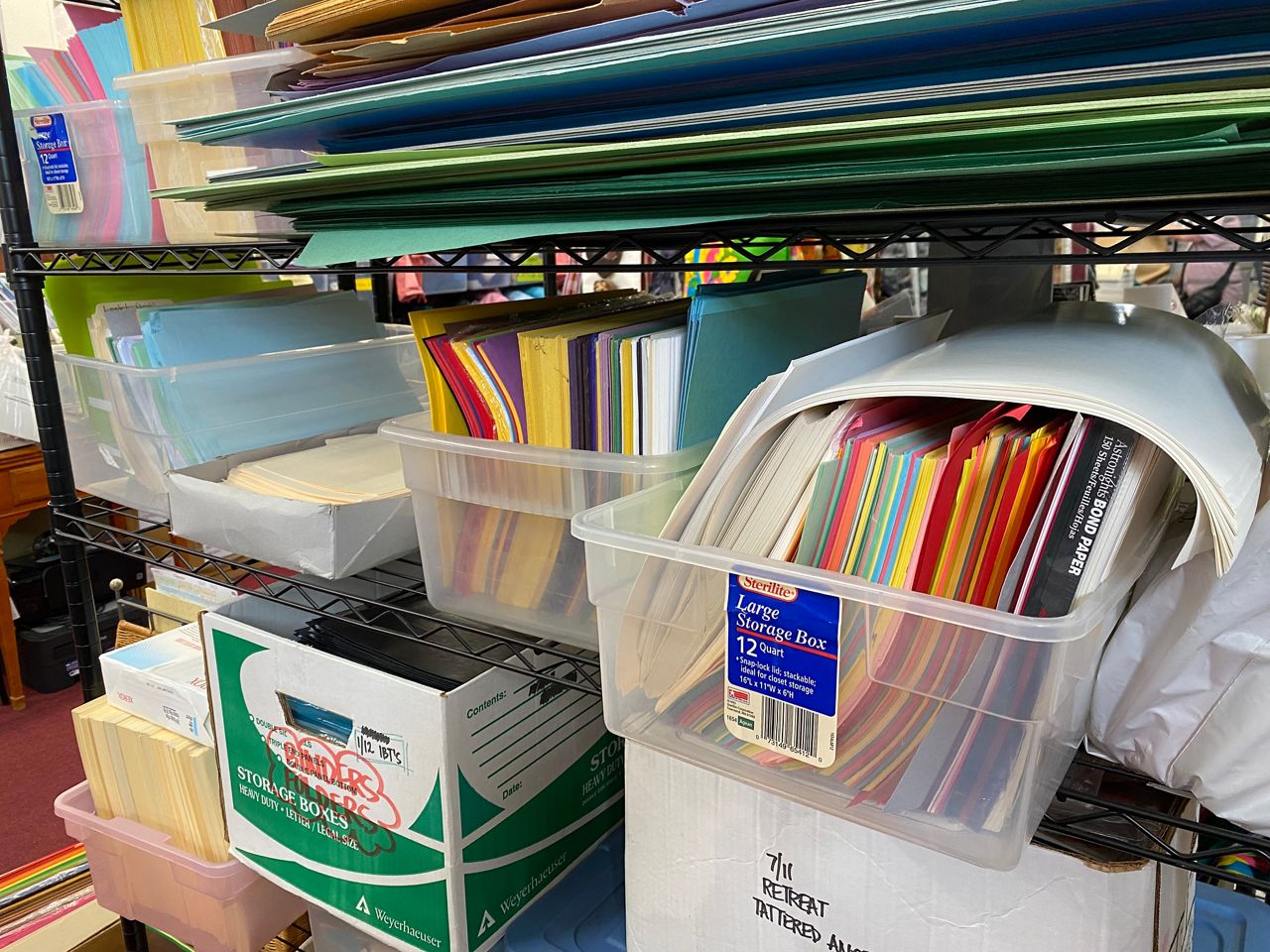 “I looked at my own stuff and thought, if I have this, what must other people have?" said Cox, whose not-for-profit store and creative space is the answer to that question.

Its front half is mostly art, school and party supplies, including paper, folders, binders, markers, tissue paper, buttons and pencils, while the back half is fabric, trim, elastic and yarn — anything for sewing or needlework. Upstairs is a creative space for classes in everything from printmaking to sewing to drumming. 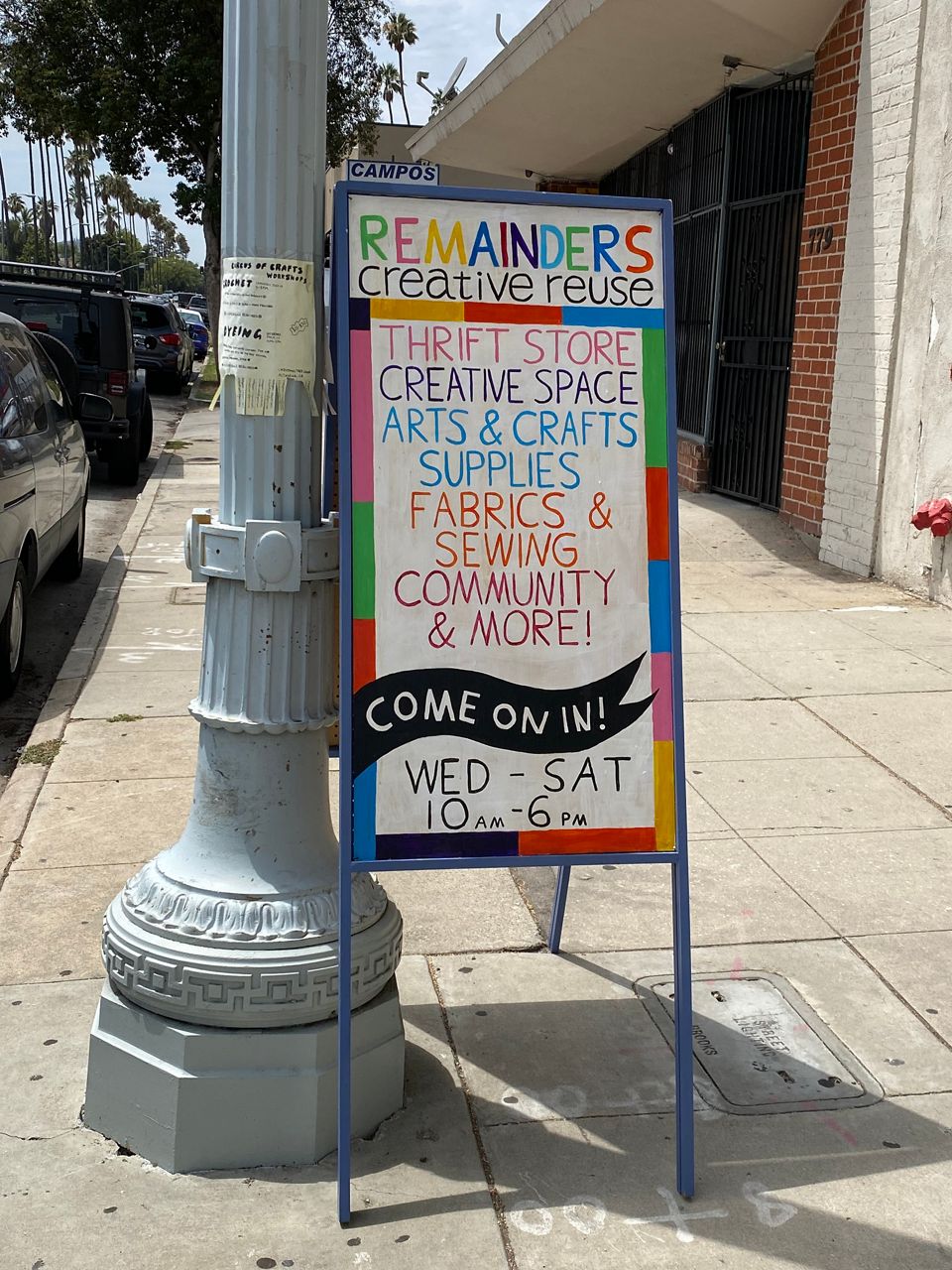 “We got started with one lady’s donation,” Cox said of a store, which is now 3,000 square feet and bursting at the seams.

That lady just happened to have an Etsy shop and was retiring and moving to Europe, leaving an entire craftsman home’s worth of fabric and trim to Cox.

“I had to borrow my next door’s neighbor’s garage and our garage to put everything in it. And I thought, if there’s this much from one person, I better go get a storefront because this is just one person,” said Cox, who started her shop with a 1,200-square-foot space that she quickly grew out of.

Therefore, last year, she moved into a storefront three times as big, thinking she’d have plenty of room. Still, getting rid of everything she has to sell “is a constant battle,” she said, which is why Remainders prices items to move. 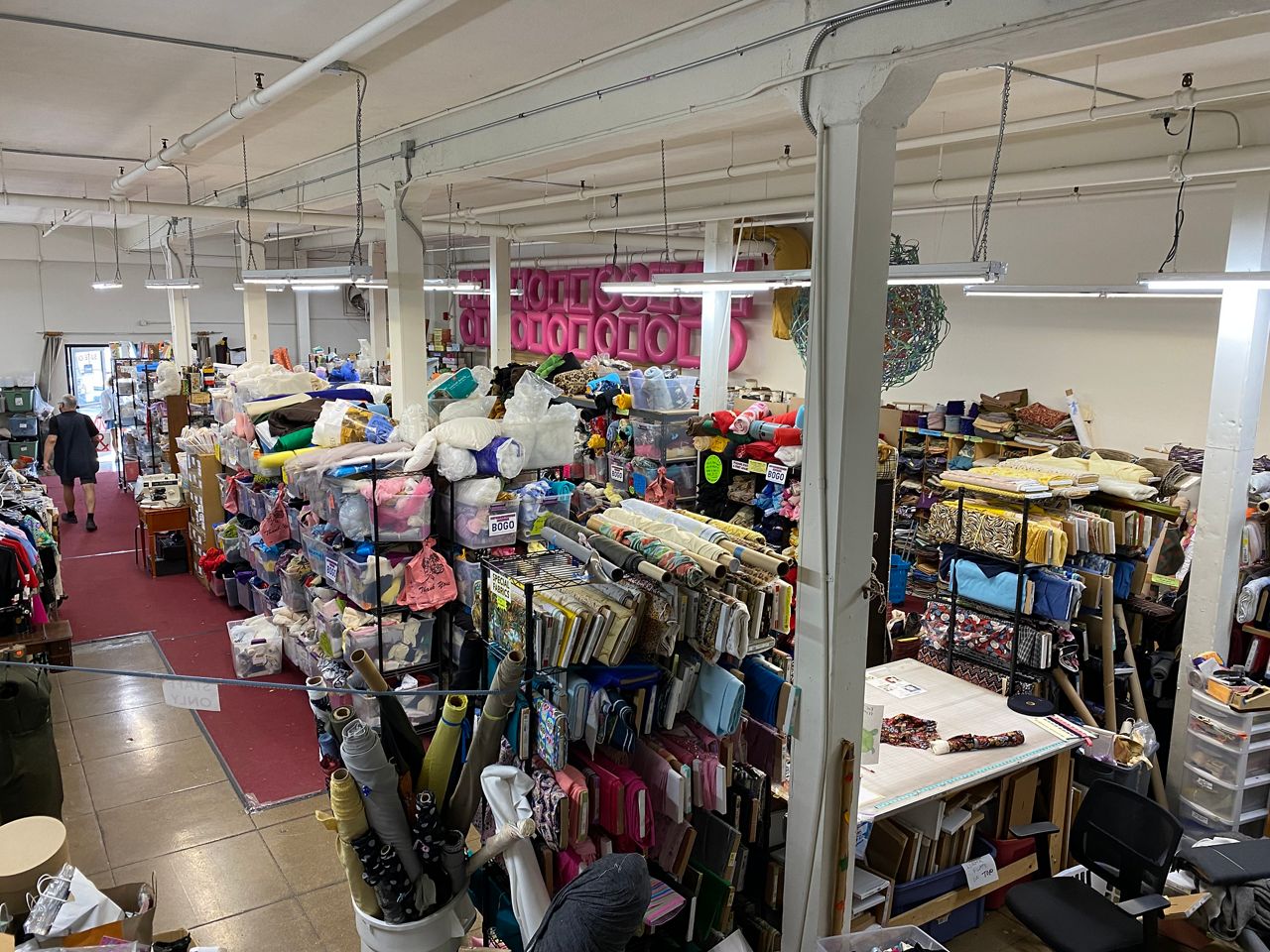 Fabric costs $5, even for high-quality castoffs from Hollywood studios. Other items can be had for mere pocket change or even for free.

“It’s all stuff you go through all the time,” said Serafina Kenwood, an art teacher at La Canada High School.

Kenwood was taking advantage of Remainders’ semiannual teacher giveaway that allowed her to claim binders, paper and 28 other back-to-school items at no cost.

“If you added it up, it’s hundreds of dollars if you bought it new, but nothing stays new in a classroom more than a day. My feeling is if I get a bag of free markers, then I don’t have to worry about my students putting the caps back on,” said Kenwood, who first heard about Remainders from one of her students and is now a regular, buying discount supplies for her students as well as herself.

On a recent Wednesday, Kenwood was wheeling a rolling cart piled high with foam shapes and other art supplies before shopping for fabric and vintage sewing patterns for the costumes she likes to make for fun. 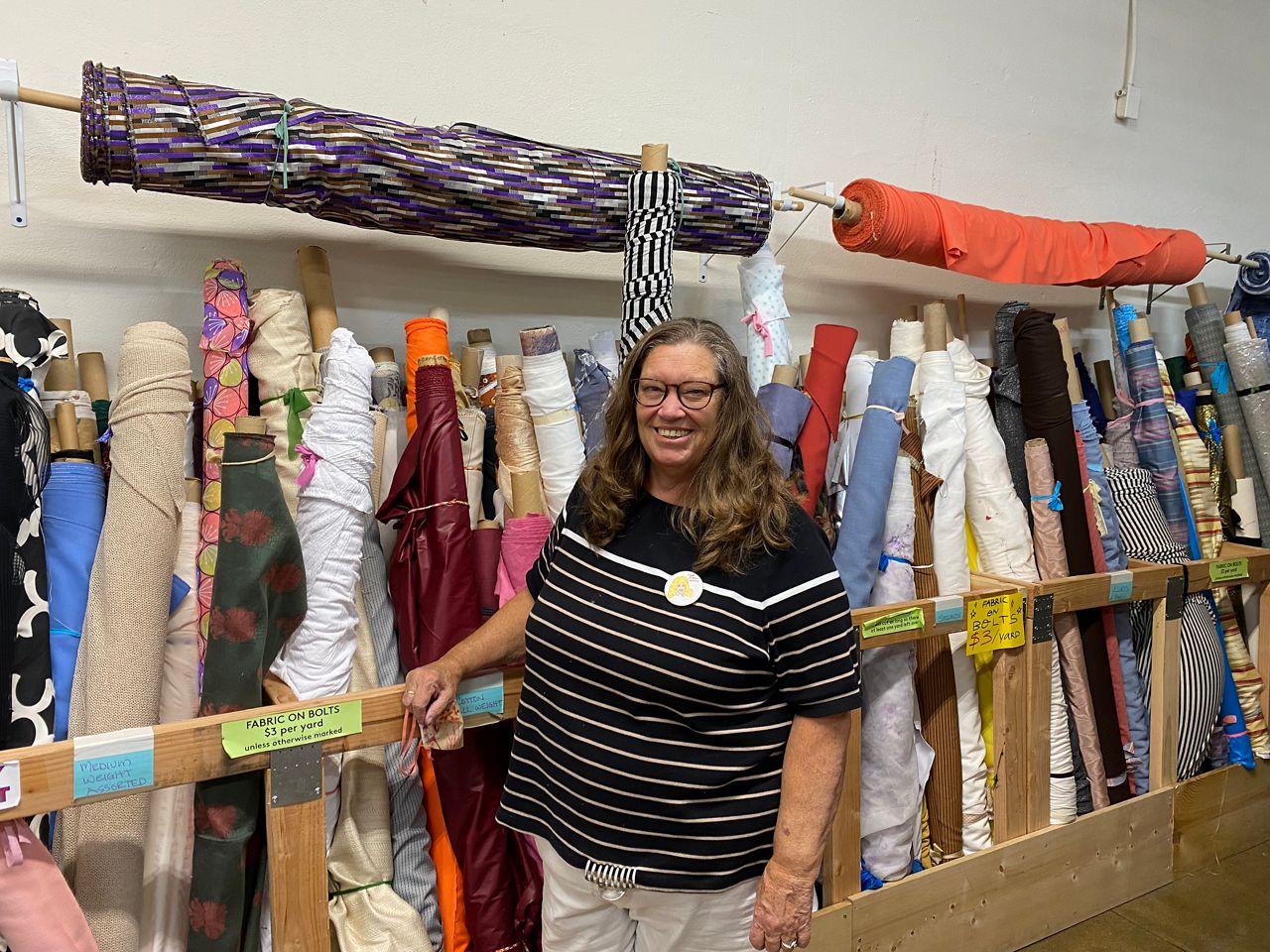 Like many of her customers, Cox grew up sewing. She made her own clothes in middle school and used to co-own a business sewing window and pillow coverings for model homes. Nowadays, she mostly sews for pleasure, stitching together tote bags from fabrics that have been donated by fellow crafters who are moving, retiring, going out of business or have died.


“I believe in reducing waste. I get very upset when I see all the stuff that gets thrown out,” said Marion Quinn, one of 20 Remainders volunteers.

Quinn is an artist who knits, sews and makes jewelry and who serves as the shop’s jewelry specialist.

"I’ve done so much shopping over my life at thrift shops and antique stores and swap meets, I have a really good idea of what things ought to cost," she said.

While most of the jewelry received in donations is costume quality and sold in the store, anything of exceptional value is sold through Remainders’ eBay account, including a real Rolex watch a patron recently donated.

“Every now and again, some 14-karat gold will come through, genuine pearls or really good ephemera that I know is collectible,” said Quinn, who sets such items aside for online auction, the proceeds of which support the not-for-profit and its mission.

“There’s so much good stuff that someone is willing to use, so it doesn’t go into the landfill,” Cox said. “The biggest challenge is just keeping up.”