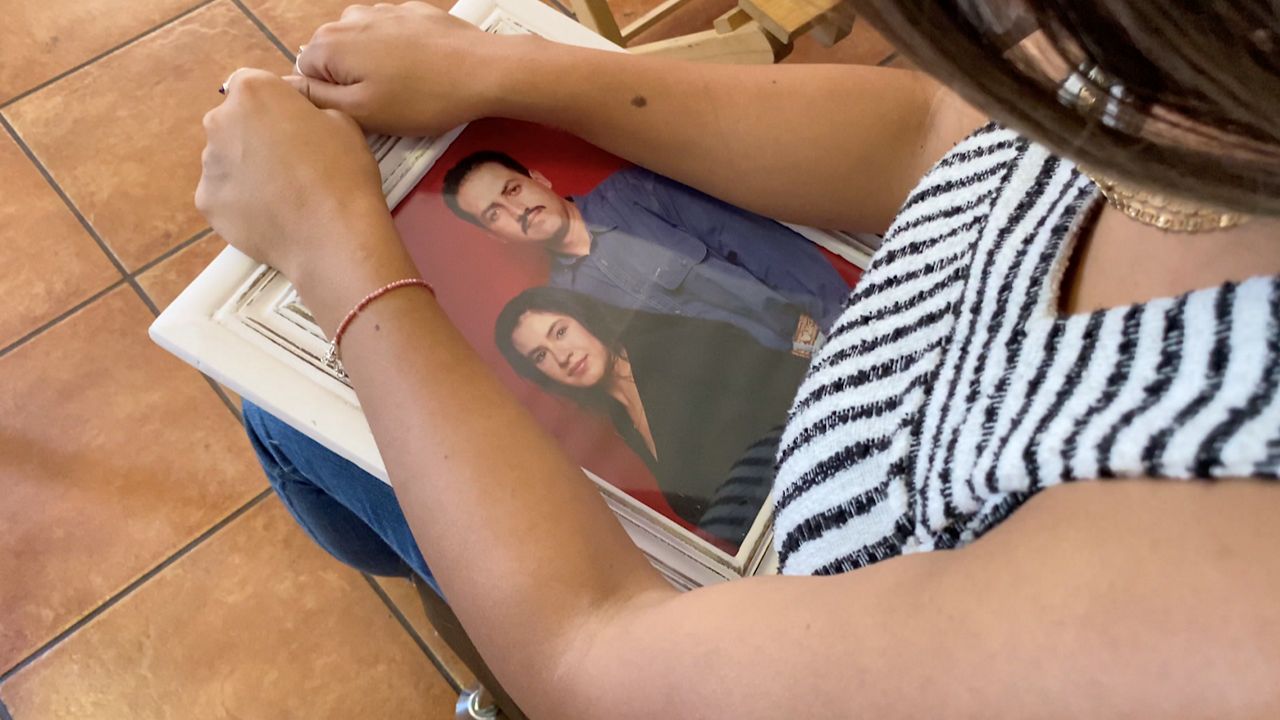 Some of Patricia Robledo's best childhood memories are tied to gardening.

"Growing up, my dad was huge on his garden. He had a backyard garden, and it looked like a park. It had a bicycle path; it had trees, fruit trees everywhere."

That was more than a decade ago. She has recently started planting and harvesting again.

"For some years, we didn't garden or harvest because it kind of just build up emotion," she said.

Since age 19, Robledo, her sister and younger brother have been alone in an Arleta home looking out for themselves after their parents were deported back to Mexico.

It all started when her parents became victims of fraud. The person they had been paying to be their lawyer wasn't a lawyer at all and was arrested just weeks before they were due in court. They raced to hire a new attorney in the days before the trial, but it was too late; when they showed up, they were unprepared. No documents. No evidence.

"The judge ruled against them, and a deportation order was given to them," Robledo said, choking on her tears. "They did receive the order in the mail, but I don't think my dad wanted us to live in fear or not have a regular life so, he didn't tell us."

Her parents lived the next five years with that order looming over their heads. And so, without effective legal counsel, one Tuesday morning in 2010, ICE showed up at their home.

"They pulled up; it was like 10 SUVs. They didn't say ICE, just police … and we peered through those windows, and we could see my dad talking to the agents," she said. "My dad and my mom had a devastated face. The conversation was probably less than a minute. When they came back inside, my mom started telling us where she kept her savings, where the important documents were. They both gave us a tight hug and a kiss, and they told us everything would be OK … and they took them. That is what would be the beginning of our separated life."

The ripples of deportation were felt immediately and over time in every aspect of their lives. Suddenly, the siblings had to get full-time jobs, pay for a mortgage and a pile of bills. And so, despite her father's commitment to education and Robledo's dreams of getting a doctorate, she couldn't finish and dropped out of college in her third year.

But not all stories end this way. Antonio, whose last name Spectrum News is not sharing to protect his identity, has a remarkably similar story to that of the Robledo family:

"I was detained by ICE when I was on my way to work. I was taken to Adelanto Immigration Detention Center where I spent three or four months," he said in Spanish.

The main difference is that while he was detained, Antonio was given access to an immigration lawyer free of charge through the LA Justice Fund. A pilot program, created in 2017 that has provided attorneys to 528 low-income migrants, about 170 of them children, all in removal proceedings.

The program was created because, as Americans, the Sixth Amendment, which guarantees an attorney to any person charged with a crime, is considered a pillar of due process. But those protections do not apply to immigrants facing deportation because immigration is not a criminal matter; it's civil. They may hire attorneys, but the vast majority do not due to a lack of knowledge or lack of means. And so, despite the life and death consequences immigration cases can have, every year, tens of thousands of migrants head to court, up to 77% of them without lawyers. And Antonio was going to be one of them, he said.

"I wouldn't be here anymore if it wasn't for the program," he said.

Immigrants with legal representation are 10 times more likely to win their cases, according to the Vera Institute of Justice. The fund was so impactful that Los Angeles County is converting the pilot program to a permanent one. Lisa Okamoto, directing attorney at Immigrant Defenders Law Center, said it will keep Angeleno families together.

"The new program that just passed through the county is a huge step for this greater vision and mission that we have: to have a public defender system for immigrants in LA. And it does not exclude people. Due process for all means due process for all," she said.

The new program will add wrap-around services, including medical and mental health, to help families cope with detention and deportation. But the program isn't without controversy, as it will use more than $4 million in public funds.

"There is nothing I would want more than for other families to not have to go through what my family went through because it impacts the way we live for the rest of our life [sic]."

Even at her work, her parents aren't far. Her mother is on her computer background. And her father, the gardener, his motto is proudly displayed on her wall "positive mind, positive life." Something she said, she keeps trying to live up to every day.