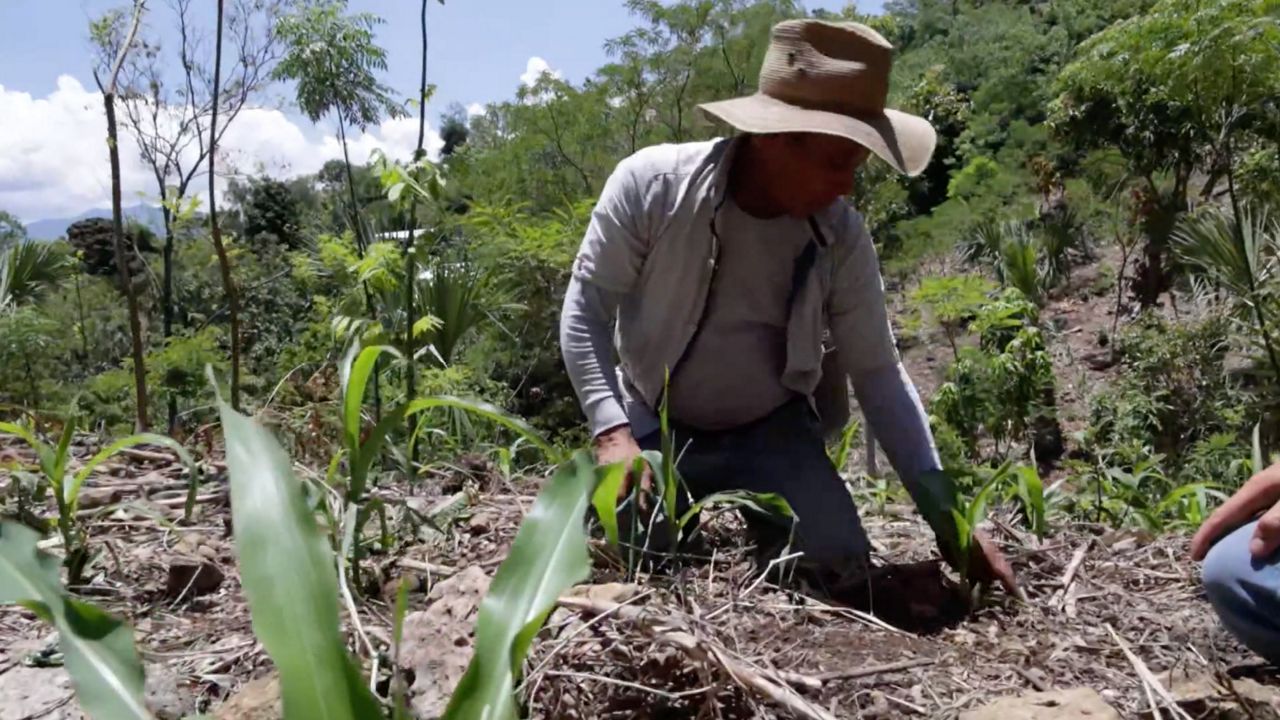 GUATEMALA CITY, Guatemala — In the dry, parched Eastern highlands of Guatemala — an area beleaguered by hurricanes and devastating drought — farmer Gabriel Gutierrez Garcia struggles to grow enough corn and other crops to feed his family.

There’s a good harvest with enough to feed his family during good winters, but when the weather is bad — and it’s been particularly difficult with climate change over the last five years — the lack of rain prevents growth, Garcia said. There’s no food for his children in seasons like that.

Due to Catholic Relief Service, an organization funded by the U.S. Department of Agriculture, Garcia received new seeds, fertilizer and the chance to partake in a program that educates farmers on cultivating crops in the dry land using water smart agricultural techniques.

Garcia’s experience with CRS is just one of many stories of U.S. aid reaching people in indigenous communities through nonprofits and other organizations. This pathway for aid aims to tackle high rates of malnutrition and childhood illiteracy — all while empowering local farmers to create their own economy.

Some complain that U.S. aid passing through Central American governments never reaches the people in indigenous communities who need it most to stem the flow of migration. Garcia’s story represents hope that there’s a way for aid to work.

Following Vice President Kamala Harris’s visit to Guatemala, human rights and indigenous activists are eager for more aid, as promised, and pushing for more paradigms like CRS that allow for funds to go directly to the people.

Nicole Kast, the head of CRS throughout Guatemala, said she credits U.S. aid for helping transform the region.

In the Western highlands, CRS finances programs addressing child malnutrition and illiteracy through USDA funding. In the past 15 years, $90 million has been funneled into Totonicapan where 47% of the children suffer from food insecurity.

At one school, cartons of eggs and plastic bags filled with brightly colored fruits and vegetables are doled out to those who need them. The distribution is part of the program’s three-pronged approach.

First farmers are empowered, then they are connected to schools where they can provide for school meal programs — ultimately giving farmers a pipeline for distribution and children the nutritious meals they need to be able to learn.

“School feeding is the critical piece of the education picture in Guatemala. It provides children with one nutritious meal a day, which is often the only nutritious meal they receive a day,” Kast said.

CRS helped advocate for the passage of Guatemala’s National School Feeding Law, which allocates 53 cents per day for school meals. The law mandates 50% of the produce for the meals to be purchased locally to stimulate the local agricultural economy.

Seventy-seven percent of people want to stay in Guatemala, according to a recent CRS study. But for that to work,  Kast said, it is necessary to create the conditions for staying to be possible.

Fortunately, programs like CRS’s three-pronged approach are helping reach more than half a million people and taking steps to re-energize the economy and reduce child hunger. Studies have shown that they help keep Guatemalans from migrating north.

Kast hopes the Biden administration will see the impact.