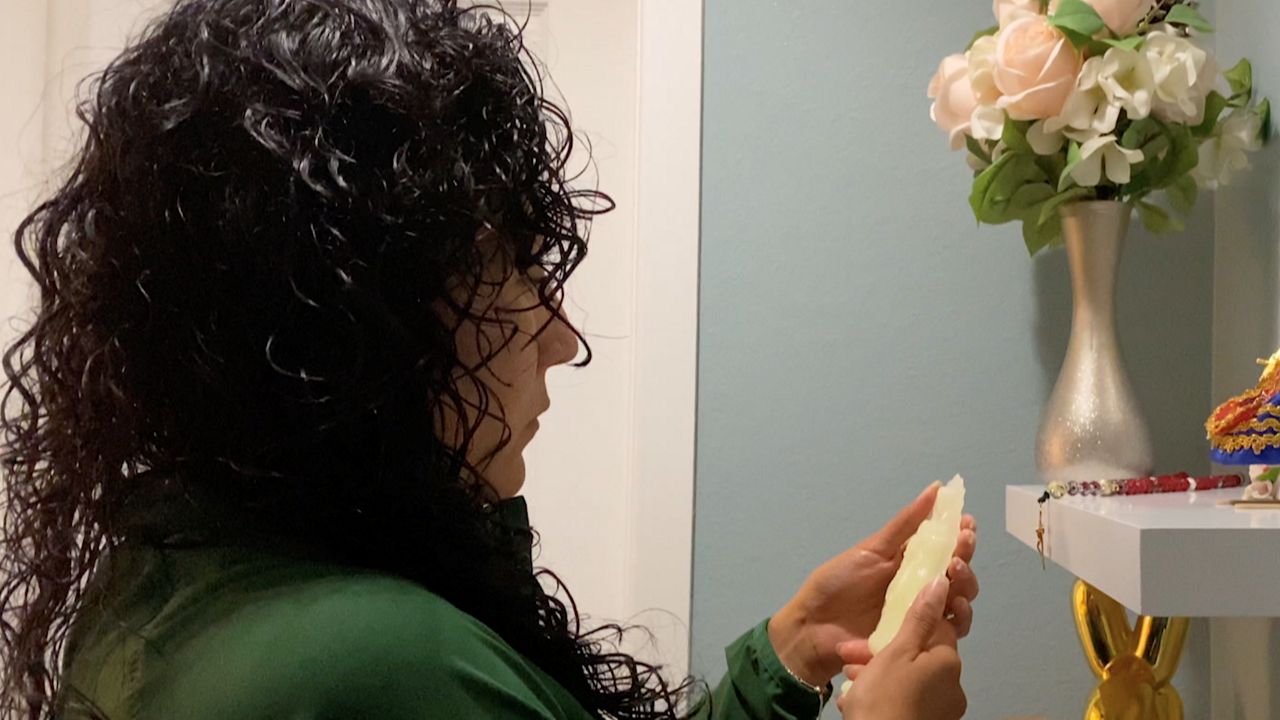 'ICE does this to avoid liability': Families, lawyer question releases of detainees near death

"I'm looking at my brother's pictures, just memories of him. Memories that are just there and things that are never going to come back," Ibarra said.

"He was a popular guy at school. I was Jose's sister, so I was proud of that," she said.

But he hit a rough patch after school. He lost his DACA status and served time for a felony conviction for fleeing from a police officer. At the end of his sentence, he was transferred to the Adelanto Immigration Detention Center, and that's when the nightmare began.

Less than a week into his stay, Jose Ibarra had a brain hemorrhage and was taken to a hospital, still under ICE supervision. Paralyzed and in a coma, he was cuffed to his bed day and night with two officers constantly by his side.

A few days later, on February 22, 2019, ICE transferred custody of Jose Ibarra to his family, effectively releasing him. For his sister, it was too little too late as he died a few weeks later.

"They called it a humanitarian reason. That's the reason why they released his custody, but if they were so humanitarian to do that, why couldn't they just not cuff him at the bed? It made me feel like they were just disposing of something, something that was no longer good for them," she said.

Jose Ibarra isn't the only immigrant that has been released in this way.

Attorney Margaret Hellerstein with Catholic Charities' Esperanza Immigrant Rights project fought for more than a year to get 55-year-old Martin Vargas released from the Adelanto Detention Center because he was at high risk for COVID-19, despite a judge's order ICE fought to keep him inside.

"They waited to release him until he was on his death bed. If they cared about releasing him, they could have done so earlier," Hellerstein said.

ICE transferred custody of Vargas to a hospital three days before he died without notifying her or the family.

"He died alone. I believe that they do this, ICE does this to avoid liability for a death in custody because they are required to record deaths in custody to provide that information to the Department of Homeland Security," Hellerstein said.

Now the judge that had ordered Vargas released in early 2020 has launched an investigation into his death.

In court filings shortly after Vargas's death, the judge said he had "significant concerns" and that the facts surrounding his death were disturbing. That was just months after he had accused ICE of "straight-up dishonesty" when it came to COVID-19 safety at the centers.

Spectrum News reached out to ICE, but they said they don't comment on pending litigation.

"The practice of releasing people when they are already on their deathbed is not new. I had heard about the case of Jose," Hellerstein said. "I think there are probably many, many, others like that, but they don't have a family, and they don't have an attorney, so no one ever knows."

But people will know about Jose Ibarra, his sister said. His name won't be forgotten, or his face, which she keeps displayed on her altar at home.

"I take him everywhere, and from here on, everything I do will be for the both of us that I will be sharing my life with him," Lucian Ibarra said.