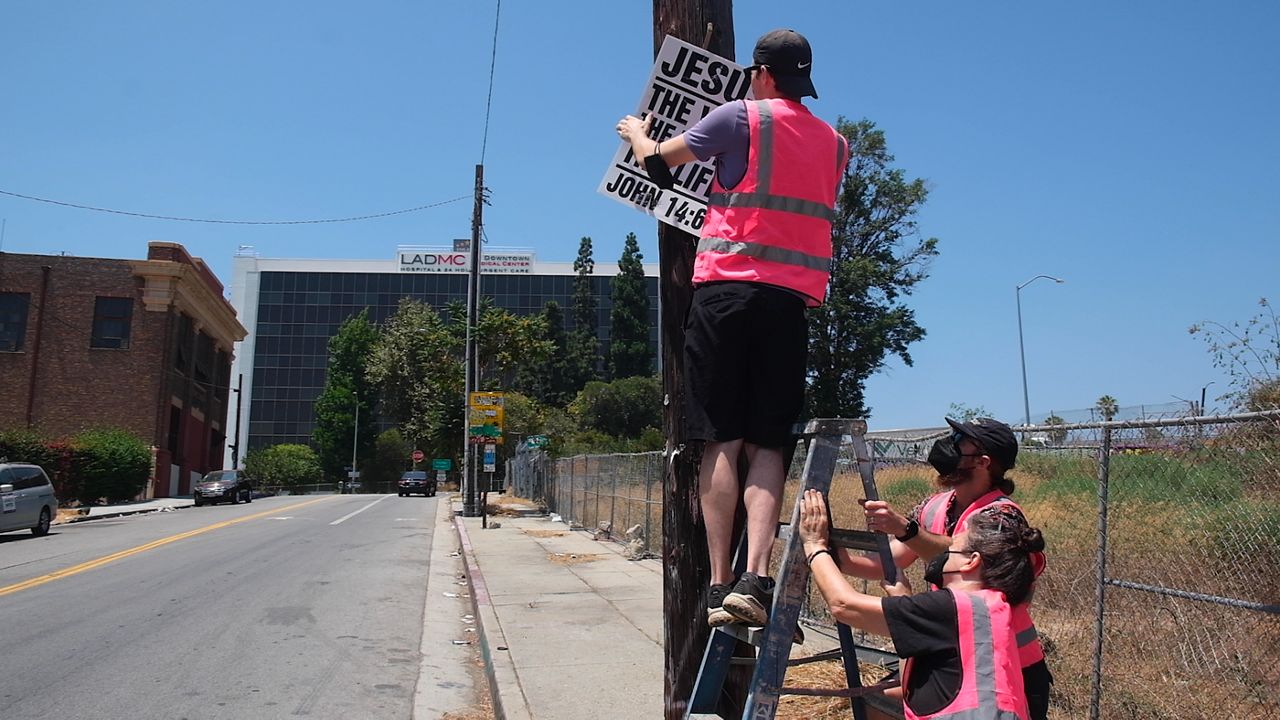 The group has formed an alliance with the Mission Hills Christian Church, a progressive Christian group lead by pastor Ryan Pryor to help promote secular streets and true religious pluralism.

The street pirates started a year ago and say they’ve already had more signs reported than they have resources to remove. They hope to expand their volunteer base and program reach.

According to LA City municipal code 28.04, the posting of any hand bills or signs in the public right of way is illegal.