GARDEN GROVE, Calif. — Forty years ago, in 1982, the Crystal Cathedral inaugurated the Hazel Wright Organ. The instrument, the sixth largest organ in the world, quickly became a visible stable of Sunday services seen on television by millions during the “Hour of Prayer.”

The Hazel, as it’s called, was named after Hazel Wright, who along with her husband, donated the funds for its purchase and upkeep.

Forty years after the Crystal Cathedral inaugurated the Hazel Wright Organ, and after undergoing a $3 million restoration after the Catholic Church acquired the campus, #ChristCathedral is gearing up to rededicate it. https://t.co/a7HlhvCfFZ pic.twitter.com/HRqmi6sycp

In 2012, when the Roman Catholic Diocese of Orange took over the Crystal Cathedral campus, Bishop Kevin W. Vann’s mission was to restore the instrument to its former glory. The $3 million restoration project included taking the Hazel apart and shipping it back to Italy — where it was originally manufactured by Fratelli Ruffatti.

It was then brought back to Orange County to be reassembled, as seen today.

The Hazel consists of 302 stops, 293 (sets of pipes) ranks and 17,106 pipes, according to Christ Cathedral’s organist, David Ball, who is also the acting head of music ministry.

“Playing the organ is like being in front of a full orchestra,” said Ball.

The Juilliard-trained organist began playing the piano as a child and then the organ when his feet could reach the pedals. 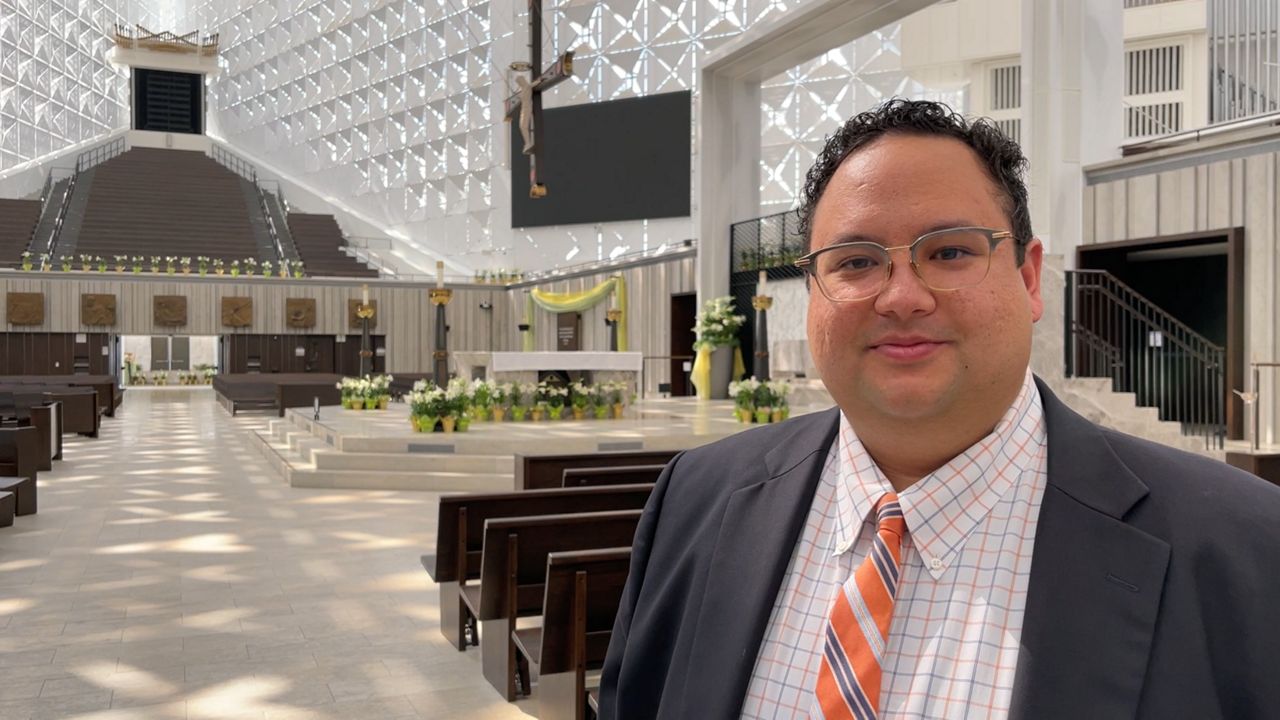 According to Ball, Kevin Cartwright is the man responsible for tuning the organ. In order to complete a full tuning, Cartwright needs to climb several stories to adjust each pipe individually.

Easter has come and gone, but Ball can be found at the Hazel working on a music piece specifically composed to be played on the organ by Daniel Ficarri, an associate organist at the Cathedral of St. John the Divine, in New York City.

“He wrote it to feature the fan fair trumpets that we have in all four corners of Christ Cathedral,” said Ball.

While a date has yet to be determined, Christ Cathedral is planning a rededication of the Hazel in the coming months. One of the music pieces specifically written on the restored Hazel is Daniel Ficarri’s “Fanfare Introduction in D.”

The Diocese of Orange said it not only acknowledges the cultural importance of the organ, but says it will honor it through its liturgical program plus community arts and cultural programming. 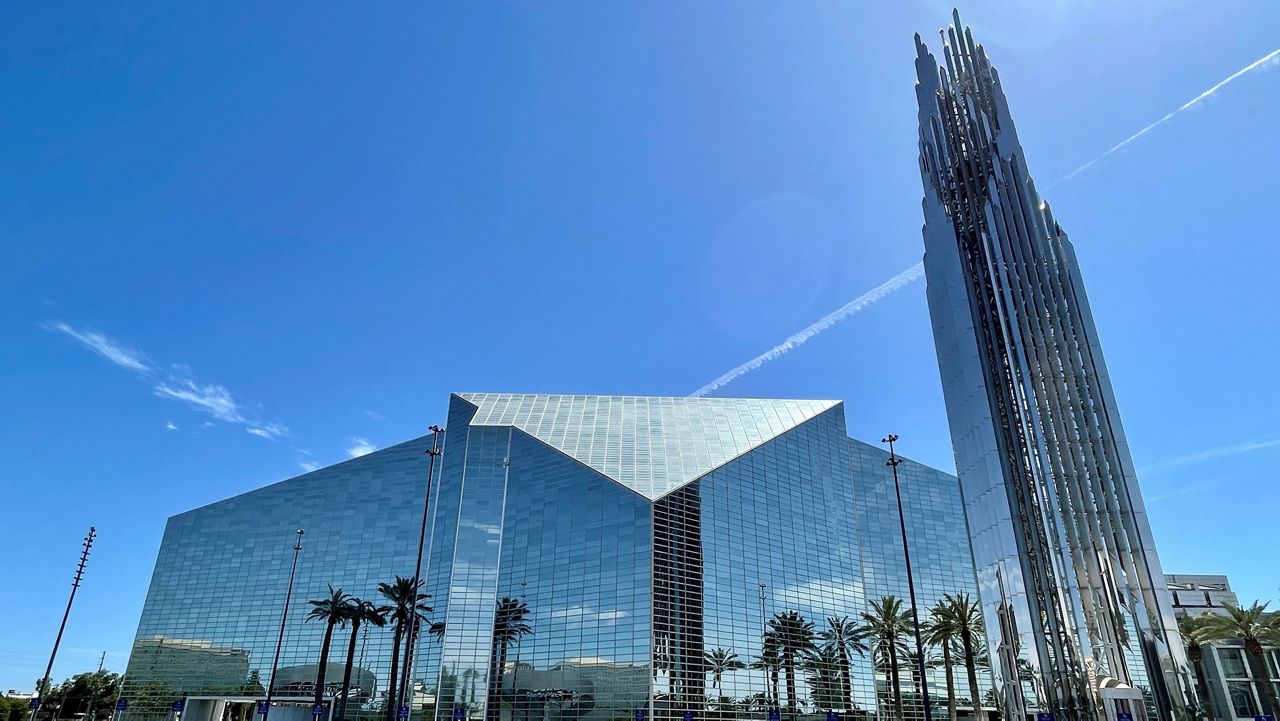