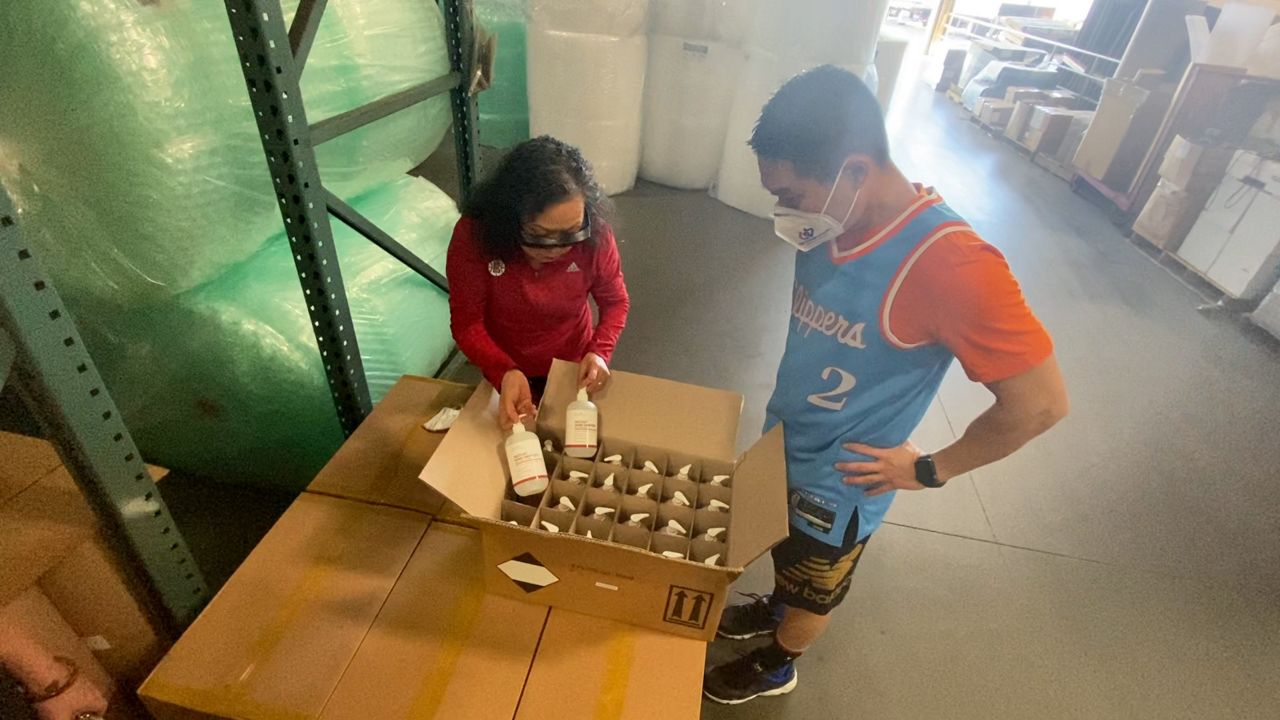 Clippers fan is an unsung hero of the pandemic

It is hard work when you have to fill a warehouse full of safety ware and supplies, and it is all done under the watchful eye of Ricky Chu.

His family started Chu’s Packaging in 1985. Local basketball fans know Chu for his love of the game. His office is a shrine to the team. He said he does not mind being the underdog.

“You have to be really, really dedicated to be a Clippers fan,” Chu said. “Not only have they not won anything, you have to deal with all the jokes and all the trash talking, all that stuff.”

The Chu family has had season tickets since 1991, but since the start of the pandemic, they’ve been a team who’ve proven to be winners.

Every week, they donate 500 bottles of sanitizer to churches, hospitals, schools and more. They have also given more than $300,000 worth of PPE, including masks and lab coats.

“The way the parents have raised me, the morals they have, they’ve always chosen to help people when they can,” Chu explained. “We could have made money hand over fist by selling the product like PPE during Covid, but like I couldn’t sleep at night knowing that we were talking advantage of people who need help.”

In addition, when Chu heard about a young family losing their mother to COVID, he sent a mass tweet to Clipper nation asking for help in giving support.

The fans raised $3,000, helping to provide Christmas gifts, including toys and a trip to Disneyland.

“Seeing how Clippers fans always get together and try to make something happen for the people who need it, that’s huge to me,” he said.

Somjita Mitra is a friend who chipped in to help because of the bond she has with Chu and so many other fans.