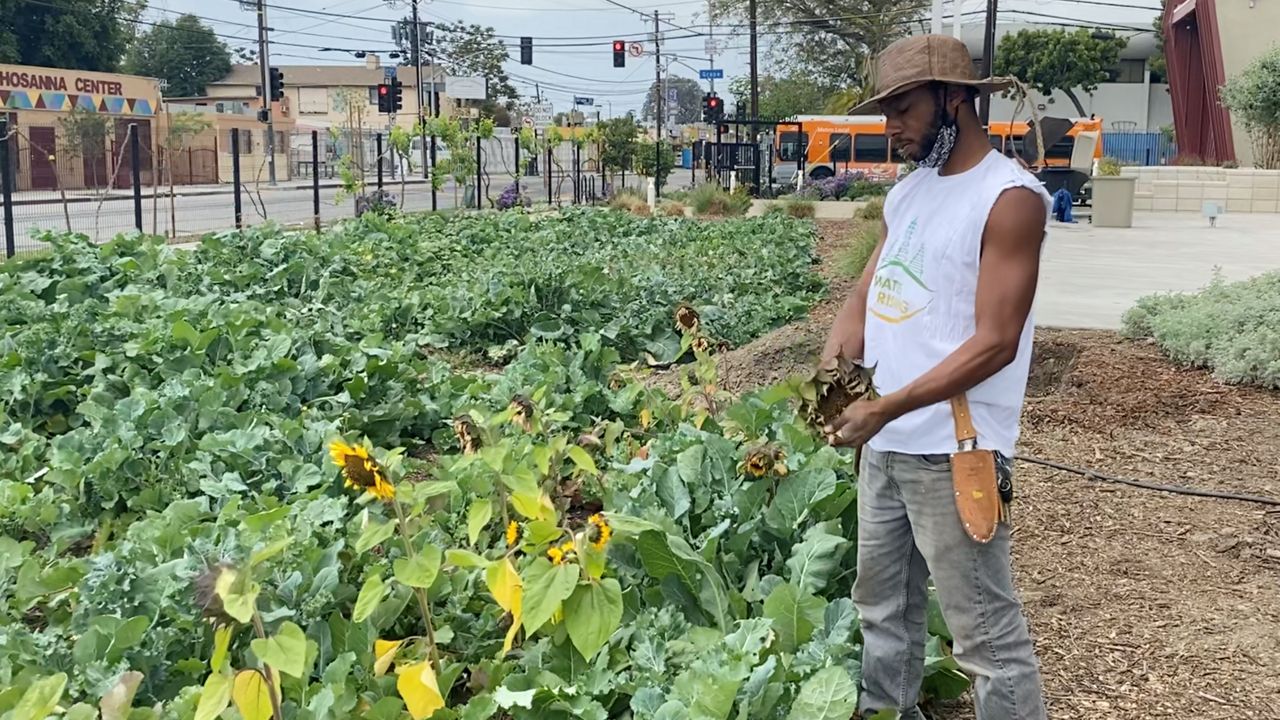 Watts Rising striving to improve the lives of residents

WATTS, Calif. — Moses Massenburg can be found every day on the farm where he grows produce and teaches people how to farm.

Massenberg lives in Watts and grows produce in MudTown Farms, a 2.5-acre urban agricultural park in the heart of the Watts. The produce grown at the location is distributed to the Watts’ community.

It is just one organization under Watts Rising, a collaboration of residents, of over 40-organizations and city agencies that strive to improve the quality of life in Watts.

Ivory Rose Parnell Chambeshi is the director of neighborhood initiatives for the Watts Rising collaborative, which is co-led by Mayor Eric Garcetti’s office and the housing authority of the City of Los Angeles.

It is an organization trying to address the harmful effects of environmental pollution and the legacy of discriminatory and racist land use public policy that has led to health issues for Watts residents.

“These health outcomes are connected in part to high rates of greenhouse gas emissions in the community,” said Chambeshi.

Which is why Watts Rising was one recipient of a $33.25 million grant from the California Strategic Growth Council.

The transformative climate community program focuses on community groups that are working to improve the economic, environmental and public health of their community.

The California Strategic Growth Council recently toured some of the programs that collaborate with Watts Rising.

Lynn von Koch-Liebert is the executive director for the strategic growth council.

“To begin to see this change in the community is really empowering and important and a great model for the rest of the state,” she said.

As for Massenburg, while he enjoys growing produce, he loves knowing that what he does helps improve the health of his neighbors.