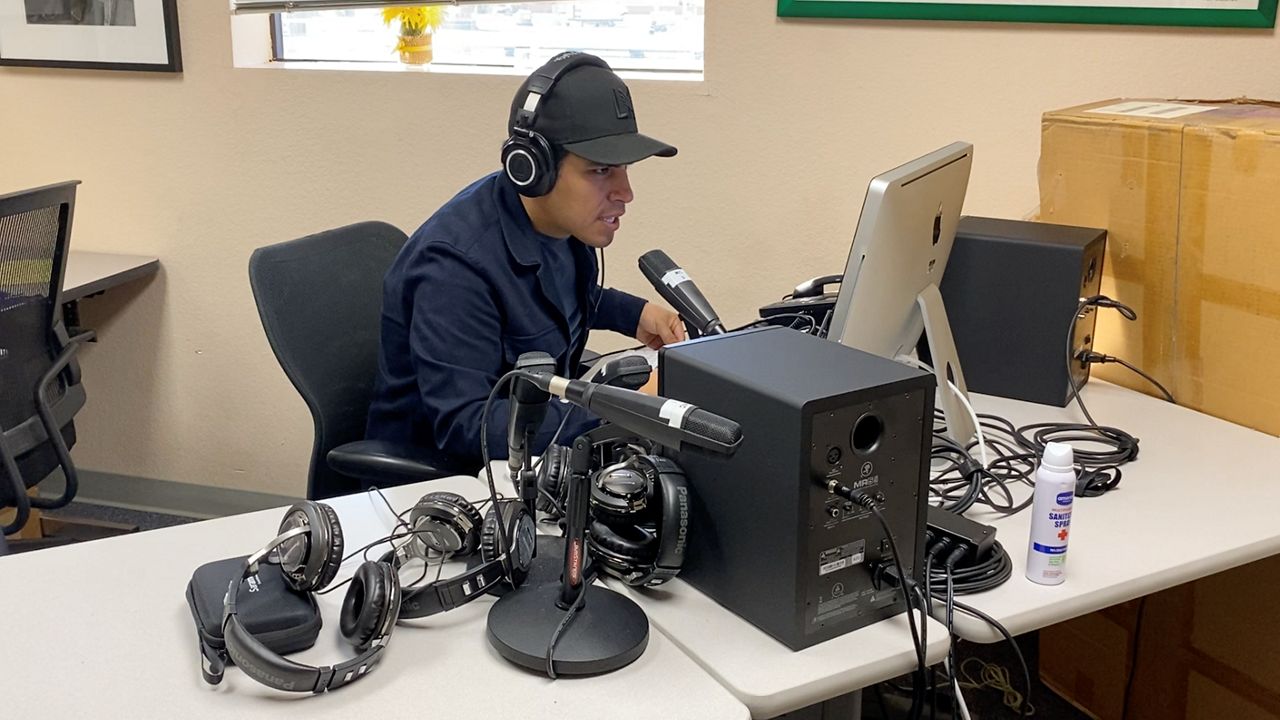 It translates to “From a small town, Catholic and gay.”

He shares coming out stories, including his own, but it is also a platform for uncomfortable conversations, including homophobia. It is something he has dealt within his own family.

When he heard homophobic remarks made by one of his favorite musicians, Ranchera music singer Vicente Fernandez, he was not surprised.

“I wish we wouldn’t have had to hear that from somebody like that, but it reminds me of things that people from his similar generation in my family have also said at family gatherings and what not,” said Diaz.

For Diaz, “Chente’s” songs are the soundtrack to his childhood. It is music connecting the generations in his family, but he sees the comments and controversy as an opportunity for growth.

“With Vicente Fernandez, unfortunately, he’s no longer here. We cannot have that conversation with him and we cannot be like, Vicente, you got it wrong. You got to rethink this and the way that you expressed yourself, but we should have the conversation.”

The controversy over the comments became a factor in the opposition over a street in Boyle Heights being renamed in honor of the Mexican singer.

“It’s part of this cultural legacy of so many families throughout Los Angeles that grew up on Vicente Fernandez,” said de León.

While De Leon said he disagrees with the comments, he said the impact Fernandez has had on the Latino community cannot be dismissed. He also feels it is an opportunity for growth.

“I think it was a comment that was not appropriate, but you have to judge someone in their totality,” said de León.

For Díaz, it is exactly the topics he addresses in his podcast.

“If you just cancel somebody, you eliminate the opportunity to have dialogue,” he said.