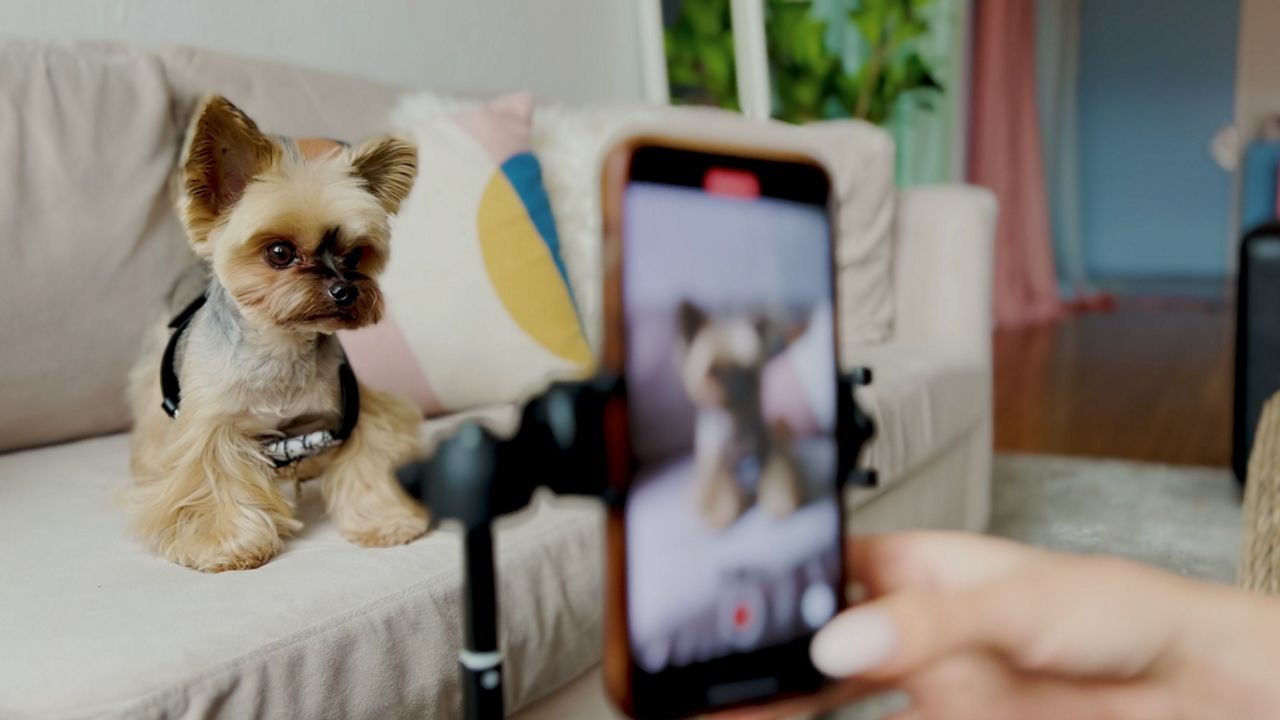 Inside the dog-eat-dog world of pet influencers

LOS ANGELES — On a recent Thursday morning, Ducky the Yorkie was working his tail off. At 9 years-old, the friendly little rescue was living every teenager’s dream, as a highly sought-after influencer, or more precisely, “petfluencer.”


“Ever since I got Ducky, I knew I wanted to start an Instagram for him because he’s so cute,” said his human, Christine Hsu.

It all started during the pandemic when Hsu noticed his account was blowing up. She said part of his success is his attitude on set.

“Ducky is really patient, especially when I’m putting clothes on him,” Hsu said. “He knows he gets treats, so he’s always like a really good boy during his photoshoots.”

These days, @DuckytheYorkie has close to 2.5 million followers. His posts fetch anywhere from tens of thousands to millions of views.

On a gloomy day in early April, Ducky was promoting dog shoes by Rifruf, a doggie sling by a company called Pawster, and an outfit by Dog Crush Boutique. With every click of the shutter, Ducky instinctively changed his pose.

“I give him everything he wants,” Hsu said. “I think he lives a good life.”

The global pet care industry is expected to surpass the $200 billion mark by 2025. Therefore, it is no surprise that a new study has shown that one in four pet parents hopes to make their furry little babies into social media stars.

Ducky makes anywhere from a few hundred to a few thousand dollars per branded post.

The rise in “petfluencers” has even spawned its own cottage industry.

Loni Edwards is Ducky’s agent and the founder and CEO of The Dog Agency, a Chicago-based management company dedicated entirely to “petfluencers.”

“Pets are now truly family members,” Edwards said. “They’re people’s children and as a result, the spend associated has increased significantly. People want their pets to have the best food, the fanciest clothing.”

Hsu said Ducky is already getting offers to promote human products — and that she said could bring in even bigger paydays.

“He’s not just a dog influencer, he’s obviously has human followers,” Hsu said. “I feel like he could influence both human things and dog things.”