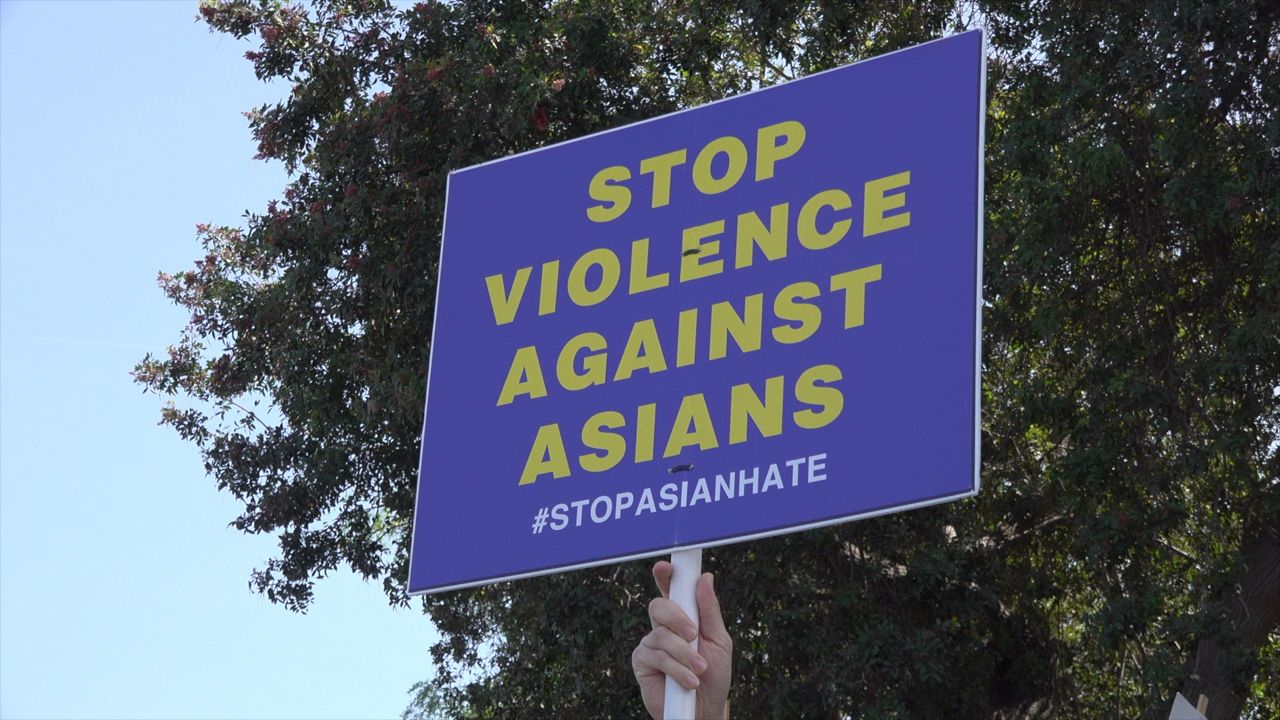 Asian Americans take a stand against hate at historic site


(Please note: “Soon” is not the woman’s real name. Spectrum News agreed not to identify her. She has concerns about her safety.)

Soon explained that a man, who she assumed to be a transient, began hurling a barrage of insults in the parking lot.

“’I don’t care about Pearl Harbor!’” Soon remembered the man saying, before he launched into a stream-of-consciousness stream of racial slurs.

As she drove out of the parking lot, the man threw a cup of water toward Soon’s car.

According to Soon, the man also offered feelings about COVID-19, referring to the virus as the “Kung Flu” and “China virus.”

Soon added that she was surprised the man was so self-aware of his hate because he went so far as to shout, “Hashtag Asian hate crimes,” which is a common reference on social media.

However, Soon — who is Korean-born but raised in the Midwest — wasn’t surprised that such hate existed.

“(I) have experienced Asian hate incidents and Asian hate crimes all my life. I’m kind of used to it.”

On March 19, Soon attended a “Standup Against Asian Hate Rally” in Huntington Beach, which — according to historians — is one of the oldest Asian American settlements in the country, a neighborhood called “Wintersburg.” The land has become a literal hotspot in the discussion about Asian hate.

Last month, a fire destroyed one of the buildings, and the current owner of the property, waste and recycling company Republic Services, razed what was left of the burnt structure.

The property, which has been vacant for several years, was once home to a Japanese American community going back to the beginning of the last century. The buildings are derelict and boarded up.

Civic leaders and organizations, such as “Historic Wintersburg,” had been trying to preserve the buildings that still stood on the vacant lot, including a Japanese Christian mission church and a “manse,” or rectory. It was the manse that was destroyed. The church still stands.

Some Asian American community members, preservationists and civic organizations, including the Japanese America Citizens League, believe the cause of the fire is the result of an Asian hate crime.

In a letter to the Huntington Beach mayor and the City Council, Nancy Ukai — project director of an Asian preservationist group called “50 Objects” — wrote, “The violent bulldozing on Feb. 25, of the 1910 Wintersburg Japanese Mission’s manse follows years of anti-Japanese and anti-Asian hate, orchestrated harassment on social media, and threats to preservationists.”

According to a joint news release dated March 18 from the Huntington Police and Fire Departments, after conducting an investigation, “(they) have no reason to believe that the fire was intentionally set. There is no evidence of a hate crime.”

However, those who attended the March 19 rally simply don’t believe that.

The crowd chanted, “Don’t trash our history, we deserve the truth!”

One of the rally’s organizers, David Monkawa, said he simply “doesn’t buy” the fire investigators’ official findings. He cited the fact that the evidence was bulldozed soon after the fire was extinguished.

“We demand a complete, thorough, and independent investigation,” he said.

Approximately 150 people, most of whom were Asian or Asian Americans, attended the demonstration. Many carried signs that read “Stop anti-Asian violence. Stop burning our history.”


Although the fire was not officially found to be a hate crime, official statistics confirm the existence of Anti-Asian hate in their community.

The Orange County Human Relations commission reported that from 2019 to 2020, there was a 1,800% increase in crimes and incidents related to anti-Asian hate in the county. And more recent data from the Center for the Study of Hate and Extremism suggest the trend continues. In the first quarter of 2021, Asian-Hate crimes reported to police in Los Angeles increased 80% over the same period during the previous year.

“An event like this helps to stop Asian hate and Asian violence because it gives a larger connection to who we are and our backgrounds and our contributions to society,” said Soon. “We deserve the same thing as everybody else: respect, equality and justice.”