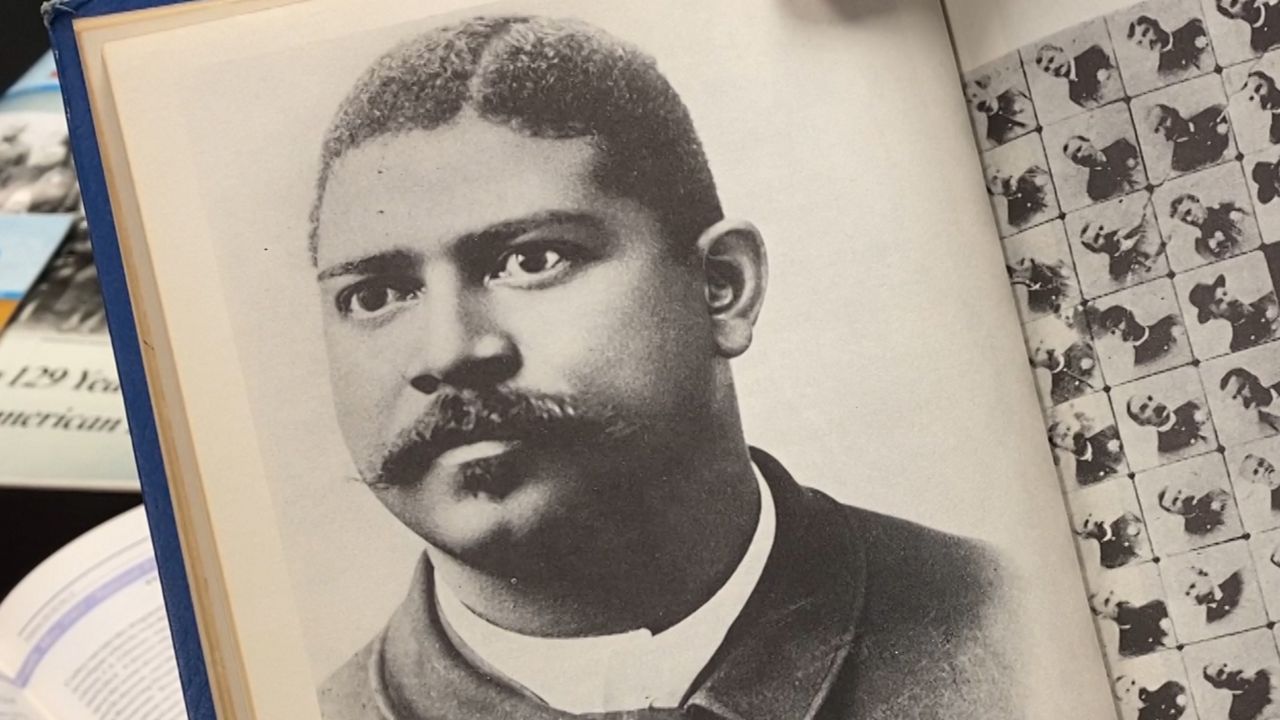 Officer Robert Stewart, who was hired by the LAPD in 1889, is pictured here. (Spectrum News 1/Kate Cagle)

LOS ANGELES — The Los Angeles Police Department dedicated the roll call room at a downtown police station in honor of the first Black officer in the agency’s history.

The department hired two Black officers, including Robert Stewart, in 1889, but later fired Stewart because of a false accusation. In recent years, officers and amateur historians have pushed the department to restore Stewart’s rightful place in LA as a trailblazer who broke the color barrier in California policing.

“His status up until that point was that he was a terminated employee and there’s a level of disgrace to that,” said retired LAPD officer John Thomas, who added that he first urged Chief Michel Moore to rectify Stewart’s legacy in the department in 2019.

At the time, department records didn’t have much information about the historic hire. Amateur historian Mike Davison unearthed much of Stewart’s legacy through old newspaper coverage and historical records for his blog. After 11 years patrolling downtown LA, a 15-year-old girl accused Stewart of rape, resulting his immediate firing from the department.

A jury eventually acquitted Stewart, but the department never hired him back. LA’s first Black cop died as a janitor, his only plaque in town until recently was his own grave.

“Whether there’s anyone who still knows who he is or was, I can’t say,” Davison told Spectrum News 1 back in 2020.

In honor of Black History Month, Thomas and Davison got to see new signage inside LAPD Central Station honoring Stewart.

“His place in LAPD history is secure. I think the next step is securing his place in Los Angeles history,” Thomas said.