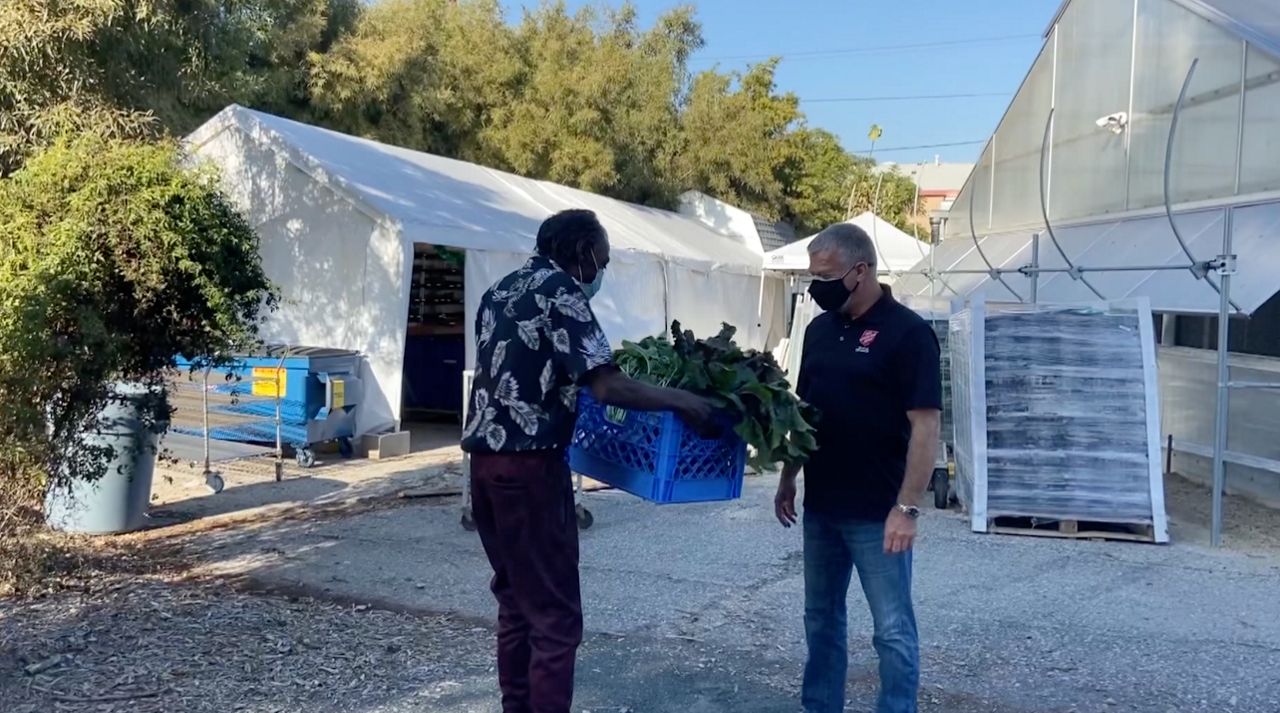 BELL, Calif. — With rising costs and high demand, shelters and food banks around the country have reported low food supplies.

One formerly homeless local resident is lending a helping hand by donating fresh produce from his garden.


Charlie Southward, founder of In God’s Hands Gardens, started gardening at 5 years old. Now at 66, this hobby has taken on a whole new purpose in his life.

“I started growing potatoes. It was the first thing I ever grew,” he said.

Today, Southward is harvesting beets, saying he likes to grow vegetables that are often more expensive in stores. He has been tending land owned by the Salvation Army for seven years.

It all started when Southward found himself on hard times and became homeless living in the nearby VA homes. He began volunteering in the garden when the Salvation Army said he could have his own space as long as he donated some of the produce.

“I try to give it to them fresh, so it doesn’t get old or anything like that,” he said.

Now, for at least five hours a day, six days a week, Southward continues his work under the name In God’s Hands Gardens to give his fresh veggies to those in need.

"I have enough for all three shelters just in these three patches right here," he said.

Only in its first year as an official nonprofit, Southward still funds this mostly through his social security and community donations, but he says all the hard work is worth it.

“This brings me great joy to give to those who are less fortunate than I. That have fallen on bad times just like I have,” he said.

The produce became especially important throughout the pandemic, when food banks and shelters noticed low food supplies paired with high costs and high demand. According to Feeding America, food banks are serving 55% more people now than before the pandemic.

"It feels wonderful that I was able to fill in the gap, that I was able to continue to take care of the needs of the homeless with healthy, organic produce that they couldn’t get," said Southward. "Most of the stuff they get is processed and canned anyway."


Steve Lytle, director of the Salvation Army Bell shelter located across the street, says they rely on Southward’s donations to help feed their 500-bed center.

"It has been tough during the pandemic to make sure we have a steady supply of food for our participants," he said. "So Charlie’s regular help with fresh fruits and vegetables is a mainstay we can count on, and it really does help stretch our dollars."

Southward shared that he, too, has fallen on more hard times. His car that transports him to and from the garden has been stolen, but he remains in high spirits.

"Today, I got here on an Uber," he said. "But I am trusting in God that he will deliver and come through in time."