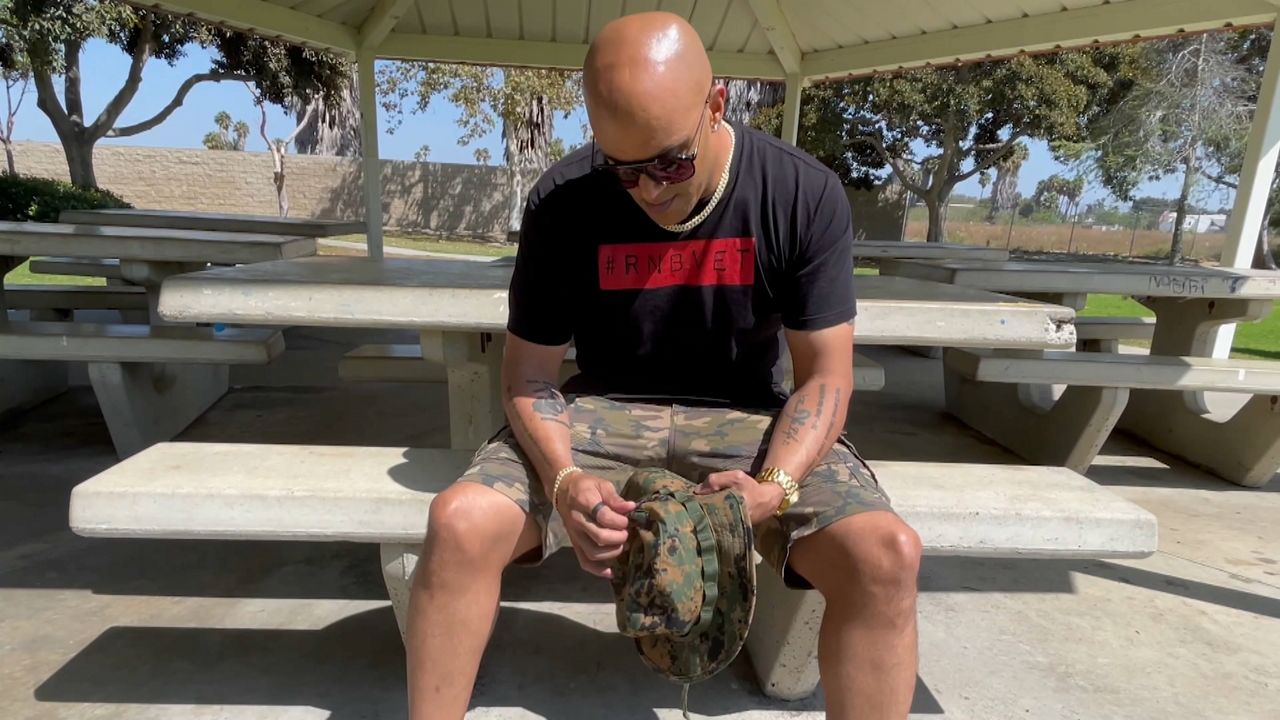 LOS ALAMITOS, Calif. — From solider to civilian, Elliot McKenzie knows the pain and turmoil of returning from war.

As he spent some meditative time at a local park, he explained how his experience as a marine in the initial invasion of Iraq left him with PTSD upon his return.

"I would literally start to shake," McKenzie said. "My adrenaline would pump. I would get so angry that I wanted to turn around and fight that person. That wasn’t how I was before I left for Iraq."

But after going through therapy and doing some soul searching, McKenzie realized his gift and love for music was his saving grace. Now, he performs on sets and stadiums with a message of healing.

"I wanted to find a way to use a natural medicine for myself," he said. "So I started singin. I started songwriting."

Performing songs like "Fight Back" from McKenzie's latest album helps empower listeners to overcome mental health challenges — veteran or not.

McKenzie’s journey of healing has not been a solo one. He has shared his form of medicine with his brothers and sisters in the service, including Afghanistan veteran Peter Nuoffer, who says his music has helped him process his own PTSD.

“Whatever it is, it can transport me to a place where I’m comfortable, I can work through the issue, and I’m able to detangle the emotion from the event,” Nuoffer said.

And that detangling, through the power of music, is an excellent tool, says veteran psychologist Dr. Ron Gellis.

"Music is a great vehicle for calming the nervous system," said Gellis. "And when the nervous system is calm, our heart rate is reduced, as is our respiration, and we have a better opportunity to reprocess the events that took place that were traumatic."

As service members flood back into the U.S. from Afghanistan, McKenzie encourages the public to communicate with the veterans you might know.

"Check on them: 'Hey, how you doing?' Pick up the phone and call them, text them. If you can go physically see them in person, go pay them a visit," McKenzie said.

McKenzie will be performing on Sept. 11 at the Power of One Foundation 9/11 20th Anniversary Remembrance event at the Orange County Fairgrounds.