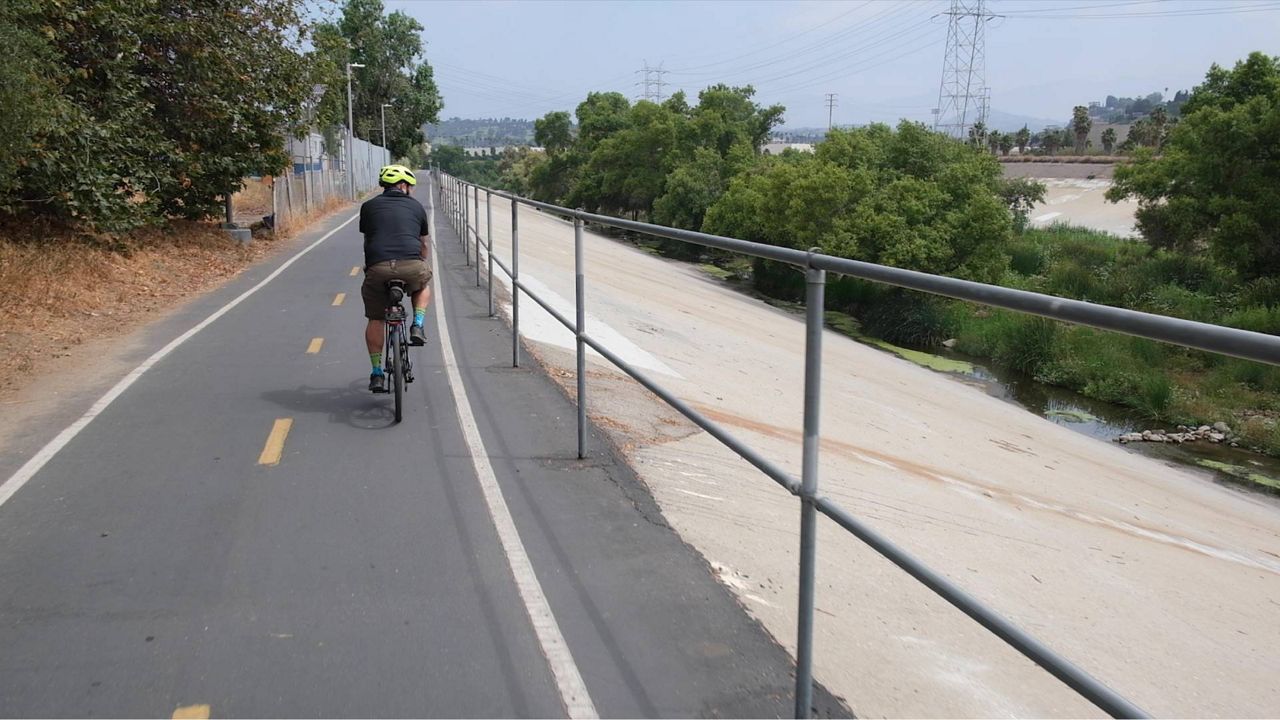 LOS ANGELES — For 19 years, the Los Angeles County Bicycle Coalition has been hosting its LA River Ride, a community event dedicated to raising biking awareness and bringing communities together.

This year things have changed, but the message remains the same with the LACBC’s LA Rivers Challenge.


In the 10 years that LACBC Executive Director Eli Akira Kaufman has been biking along the LA River, he has observed growing interest in the river as a place to recreate and explore.

"In LACBC, we say, 'When you get on a bike, you become a member of every community you ride through,'" Kaufman said.

Every year, Kaufman helps organize the LA River Ride, which raises funds for LACBC’s work to educate, advocate and create a safer biking culture in LA. But with the pandemic not over yet, the LA Rivers Challenge was born this year.

“Why don't we take a single day event, make it a full month event?” Kaufman said. “Encourage folks to explore different water channels that do have bike infrastructure and add walkers and runners into the mix.”

No matter their preferred mode of transportation, people who are interested can register on the LACBC website and pick a route and mileage goal that suits them.

This is LACBC’s biggest fundraiser of the year, supporting the organization's continued efforts of biking advocacy and education — now more important than ever since the pandemic has seen a boom in biking interest.


Brandon, a cyclist on a custom-built gravel bike, came out to ride with his buddies. He noted that they prefer the LA River path to regular street riding.

“It's just a nice long path,” Brandon said. “It's peaceful and there's no cars. That's the big thing.”

Brandon is painfully aware of the need for better bike safety and awareness. Last year, he was hit by a driver who did not stop.

“It was actually down the block on my street,” Brandon said. “I wasn't expecting it. A car just T-boned me. It's very dangerous out there with cars and stuff. Even I admit, sometimes you just don't pay attention — or the way the streets are built as well, doesn't give a lot of space for cyclists.”

Unfortunately, the city's Vision Zero initiative, aimed at reducing pedestrian and bike-involved traffic accidents and fatalities, has fallen short of its goals. Accidents are still a major concern, not only for recreational riders but also for those who bike out of necessity.

Kaufman explained that LACBC’s work is community-based, and as biker numbers grow, so will demands for better safety and infrastructure.

“The question is, can we make sure that we design for a future that's inclusive for everybody?”