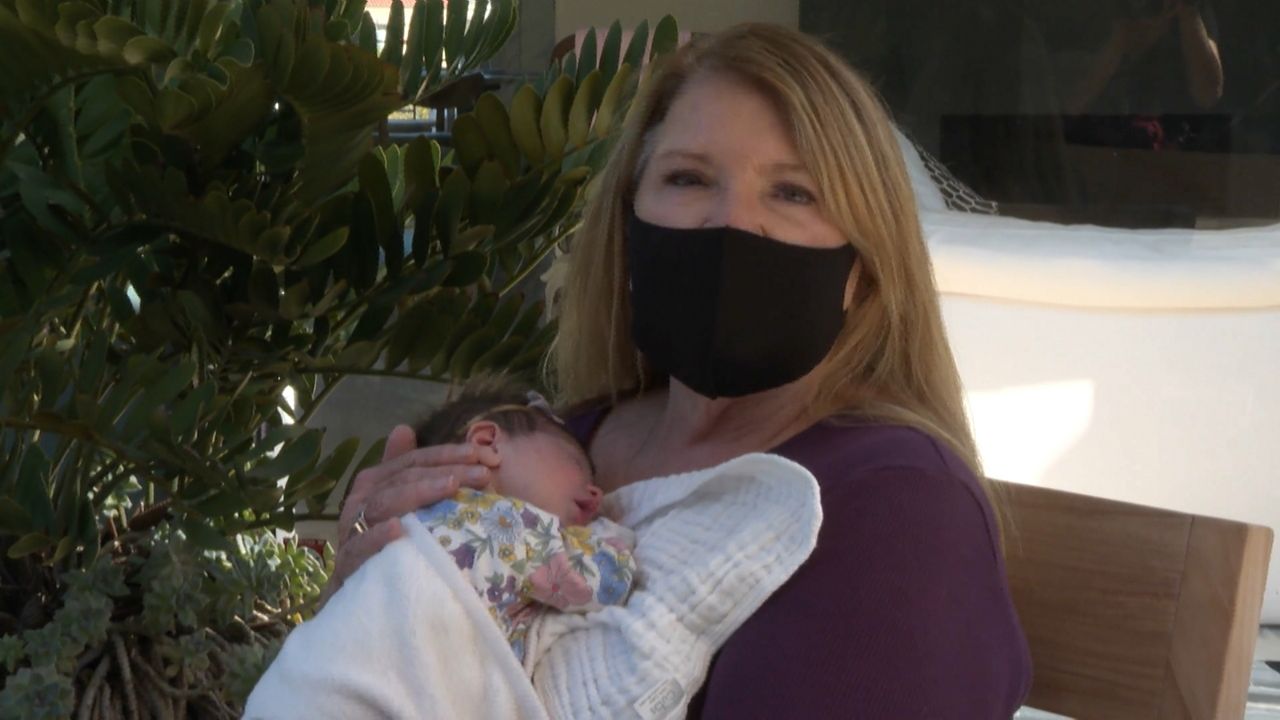 How Doulas Are Adapting During the Pandemic

LOS FELIZ, Calif. — In some careers, social distancing isn't an option. So, one business owner in Southern California has made some lifestyle sacrifices to continue doing what she has been doing for two decades.

Kathleen Sullivan used to work in sales. She said she was successful, but selling things to people "is not who I am," Sullivan said.

After seeing a classified ad in a newspaper for people to help new parents and knowing that she's always been maternal, she said she found her new calling and signed up.

"I am trained as a postpartum doula," Sullivan said. "And I'm also trained as a baby nurse, which is now called a newborn care specialist."

Her company is called Soft Slumbers. Sullivan said newborn care packages are about $500, depending on the baby's age and that overnight care can cost about $40 per hour.

It's a career Sullivan has been working in for two decades. Sullivan was in Los Feliz recently helping the parents of 10-day-old Aramenta, or "Minty" for short.

"I support women after birth," Sullivan added. "So, it's emotional support, education, partner support … I don't have children of my own, but I've worked with over 1,000 newborns and their parents."

Sullivan has had a 20-plus year career that continues during the pandemic, even though this is a job where social distancing is impossible. It's up close and personal and hands-on, with precious cargo, like Minty. "I literally don't go anywhere, except with my clients," Sullivan said about the past year.

And as for safety concerns, Sullivan is on top of that.

"I try to get tested once a week, even though I'm still isolating," Sullivan added.

Sullivan said she's willing to do it to continue to do what she loves, which is to help parents with newborns.

"When you're a first-time parent, especially you just don't know if you're doing the right thing," Biebl said. "And you're just navigating a whole new world."

And for Biebl, asking for help from family isn't an option.

"I don't have family here," Biebl said. "I'm from Australia originally. And with COVID and everything, no one can really travel."

The same goes for her husband's family.

"I think with everything going on with COVID and everything, anything I could do to feel better and more prepared was very helpful," Biebl said.

That is Sullivan's mission, to be helpful, which includes sharing her knowledge from practical tips to emotional support, and more.

"There's so many tips and tricks that you can teach parents that they would never have an idea about that I bring in my bag," Sullivan said.

It's a "bag" that she said she is happy to share.

"Now, to have a job of 20 years and say you still love it, and there's no stress, it's pretty amazing," Sullivan said.

Sullivan added that being a postpartum doula isn't a job and that helping parents, like Ellie and her husband, is a way to build lifelong relationships beyond the contract.