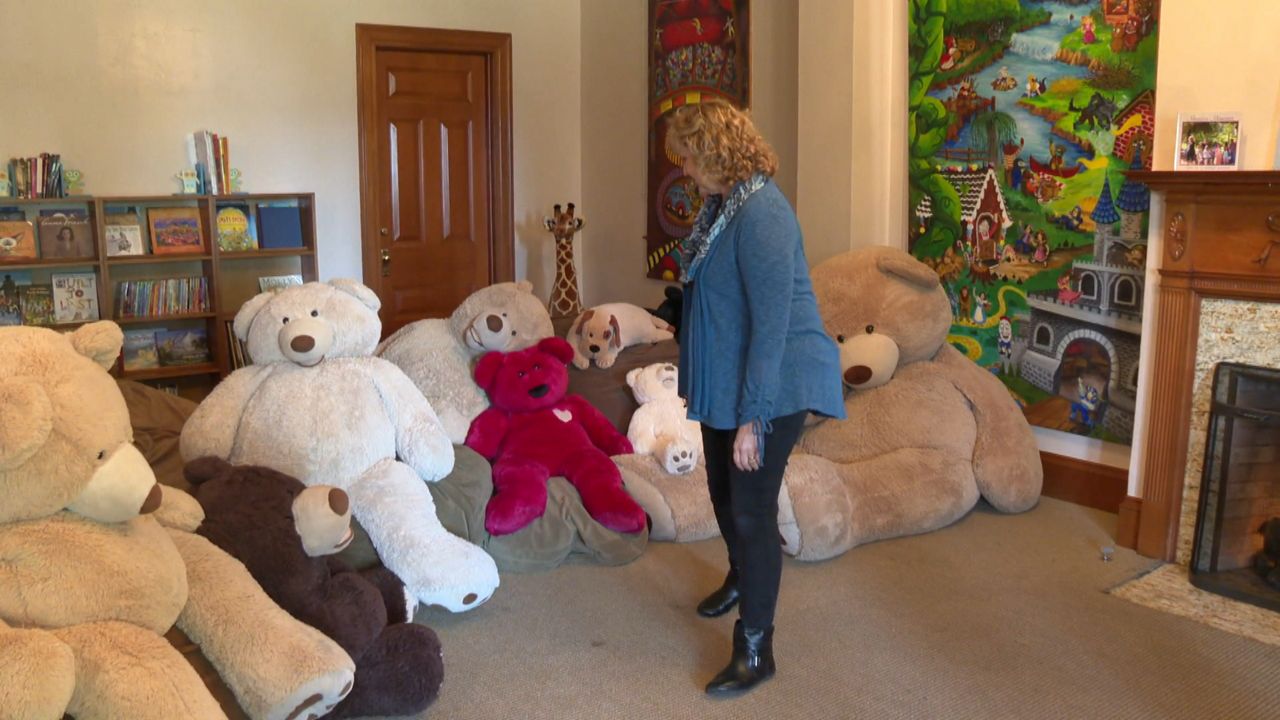 REDLANDS, Calif. — Setting foot inside the Burrage Mansion in Redlands has become a weekly routine for Dianna Lawson over the last five years.

As the executive director and founder of local nonprofit Mansion Memories, Lawson explained that the space has become synonymous with their services — providing children in crisis with a magical day, a distraction from whatever they're going through.


But rather than children running through the halls, Lawson sees only memories of years passed.

“You look around and you can just hear the characters and the kids, and it’s not like that right now," she said. "It’s very bittersweet, and we miss it greatly.”

Over the last 12 months, her team, like so many other nonprofits across the country, has been asked to pivot in the wake of the coronavirus pandemic. While traditionally their specialty has been in creating tangible, day-long programming, that type of hands-on event is no longer allowed.

“The pandemic hit, and we were forbidden from doing gatherings and basically that is what we’re known for," said Lawson.

The need, however, for emotional support is greater than ever, which is what prompted Lawson and all of Mansion Memories to pivot to virtual programming plus plans for drive-thru events later this year.

"We knew at that time, especially with what was going on, children needed to have something to look forward to," Lawson said.

While she has been working harder than ever, Lawson has been forced to do so with limited funding.

“Because in 2020 we were unable to do any fundraisers, now we're trying to think of different ways to do that so we can afford what we are trying to do," she said.

Part of that means sitting down with Joanna Nelson, whose company Vulcan Consulting represents about 15 nonprofits across the country. Over the last year, Nelson has seen many charities and organizations experience similar struggles.


“We all know that small business has been hit hard, but these small nonprofits are small businesses and they really need help," said Nelson.

In fact, according to a recent Workforce Solutions study, about 88% of nonprofits across the U.S. have experienced a 15% or more revenue decline. Meanwhile, 13% have since suspended all operations.

“Some of the major funders in Los Angeles, the bigger names, they’ve completely turned off their granting streams right now," Nelson said. "They are waiting to sort of see where the dust settles.”

Unfortunately for nonprofits, it means many have been forced to rely heavily on alternate grants moving forward. Vulcan Consulting is just one company helping Mansion Memories sort through their revenue this upcoming year.

“In order for us to do that, we’ve had to depend greatly on donors or funders," Nelson said. "The irony of 2021 is that our work is needed desperately, but it’s harder to do.”

A testament that the impacts of the pandemic are still taking hold, even on those doing their best to help.