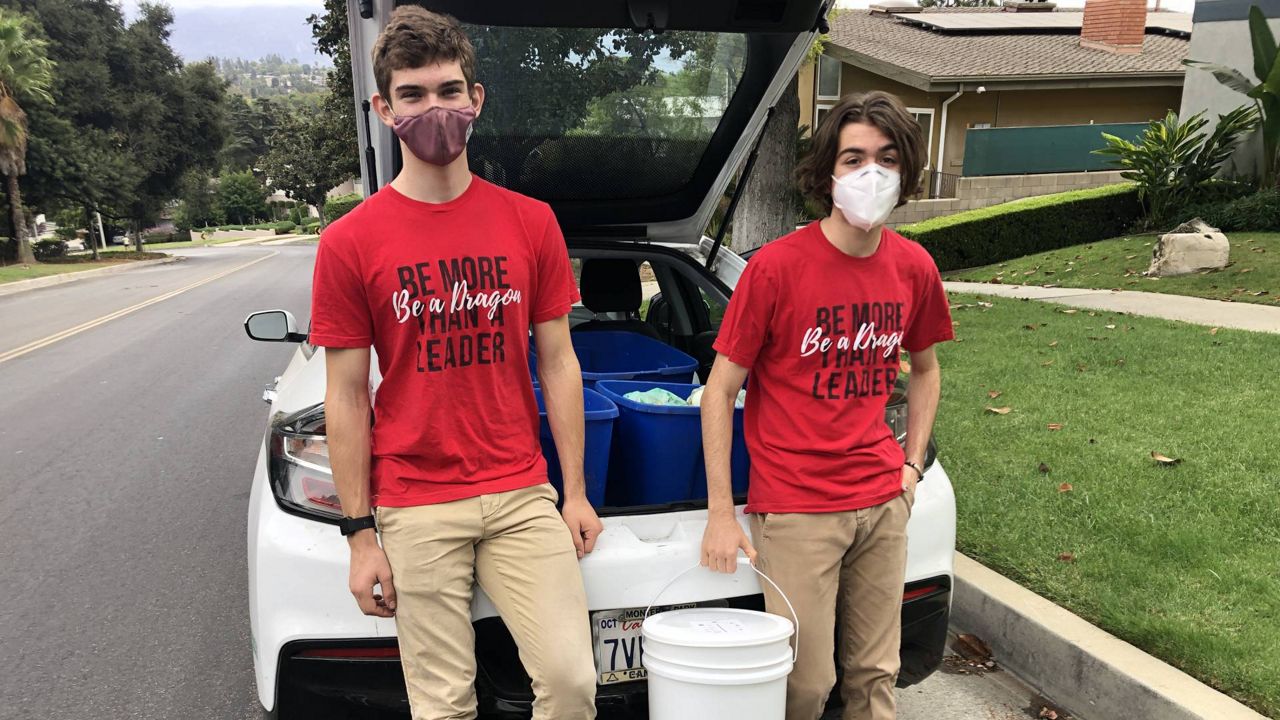 SOUTH PASADENA, Calif. — Climate change is a topic that has become political.

While some merely talk about it, two teens in South Pasadena are taking an active role in helping to cut down on one of the contributors to climate change.

Every Sunday, Latting drives around his South Pasadena neighborhood to pick up other people’s egg shells, food scraps, and other items most of us usually just toss in the trash. Despite the smell, Latting explained that picking up other people’s food waste is a form of redemption.

“Humans are responsible for a lot of bad things that has happened in the world, and we want to take steps towards reconciling with that or trying to fix those mistakes," he said.

Latting added that he hopes this effort will help reduce emissions by converting the food waste he collects into compost. Reducing the amount of items that end up in landfills is a way to help reduce methane gases, he explained.

According to the Environmental Protection Agency, waste (including food waste) accounted for 19% of methane emissions in 2017.

That’s why he and De Villa started the nonprofit Compost Culture, which helps people compost without having to own a unit.

Anne Richardson-Gibbs, one of Compost Culture’s clients, pays a $15 monthly donation to receive a bucket and get weekly pickups of her food scraps and other things that can be composted. Before Compost Culture came along, her home’s garbage bin would become extremely full by trash day.

Richardson-Gibbs added that she’s always wanted to do more to reduce waste, and that the two high schoolers have helped her by giving her an alternative to tossing everything out.

The food waste is brought to a local farm where the teens mix it with leaves and other green matter to create compost in the farm’s composting machine. Some of it is donated to the farm, while the rest is given out every Thursday at the Farmer’s Market in South Pasadena.

The duo has plans to expand beyond South Pasadena with the help of high schoolers in nearby cities.

"I describe my generation as, like, very environmentally motivated and active, and I’m really proud of my generation," said Latting.


Compost Culture has received help from the Dragon Kim Foundation. The teens won a grant from the foundation that provides financial support (up to $5,000 per team), leadership training, and one-on-one mentoring to a diverse group of young people pursuing their passions.

The organization also offers educational workshops to teach people all about composting and reducing carbon footprints. Residents can also purchase their own composters for half-price from the teen’s project.

So far, the Latting and De Villa have hundreds of clients and average more than 1,700 pounds of organic scrap collected monthly. It’s an effort that takes commitment and hours of work during their free time (including weekends), but Latting said it’s an easy choice.