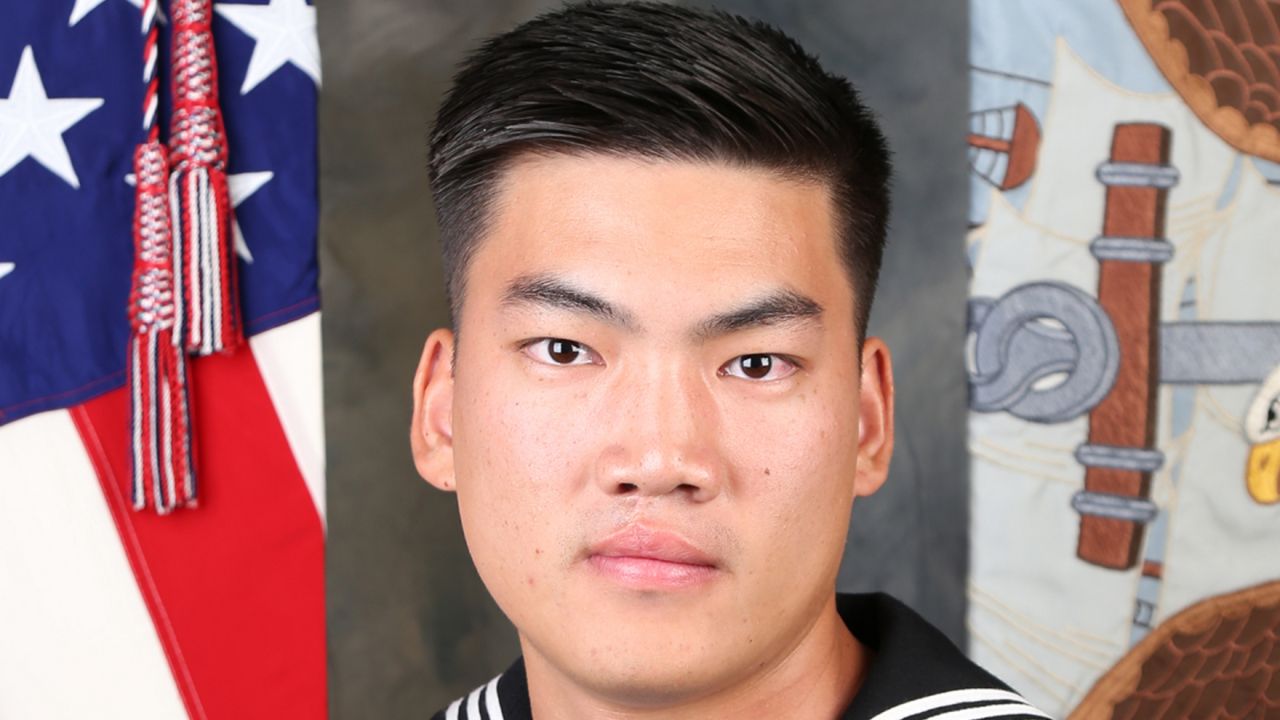 U.S. Navy Hospitalman Luke Hixson enrolled in a virtual bootcamp put on by the Warrior Scholar Project, which is funded by the Orange County Community Foundation's OC Veterans Initiative.

Foundation Aims to Help Veterans Integrate Back Into Civilian Life

FOUNTAIN VALLEY, Calif. — Luke Hixson is currently drilling down plans, as his life is about to change.

The 22-year-old U.S. Navy Hospitalman is becoming a veteran next fall.

"The military experience creates a sense of camaraderie, and when you get out, most veterans feel like they’ve lost that camaraderie," said Hixon. "They feel like they’re out there in their own world and living their own life even though they’ve spent the past 5 to 20 years with a group of brothers and sisters."

While many people his age are graduating from college, Hixson is applying to 13 different universities, with several of them being in the Ivy League.

"The military taught me and gave me my passion for medicine and for helping others," he said.

The soon-to-be veteran said he decided he wanted to join the Navy after reading a book his mother gave him in sixth grade. The book compiled stories of service members in different wars. The one story that still stands out to Hixson included a Navy Corpsman who was treating four or five wounded Marines.

"The helicopter that came to pick them up could only take two or three of them," said Hixon. "So the corpsman or the medic stayed back with the other two. When the helicopter came back to pick them up, the enemy had closed in on them and the corpsman in his last defense, to take care of his patients, had shielded the other two patients with his body and there were bullets riddled all through them."

While he was still in elementary school, Hixson said that story changed his life.

“At that time, I was going through some sort of crisis internally where I was thinking what I want with my life, and I realized no amount of money, no amount of fame can buy that relationship," he said. "So at a very young age, I knew I wanted to be a corpsman."

Growing up as an adopted child in Tennessee, Hixson explained that he grew up feeling inferior to others.

“In the military, I thought I was going to encounter some of that just because I look different," he said. "I was adopted. What the military teaches you is that everybody in the military has unique backgrounds. I think that the strongest point of the military is that we’re able to accomplish a task given at hand with people from all walks of life."

The hospitalman added that he felt like he belonged with his band of brothers and sisters. However, Hixson noted that he did experience caregiver burnout.

"It happens when you, being a provider or caregiver, you begin experiencing some stress and anxiety and depression just from being involved with your patient’s life," said Hixson.

A friend of his recommended he reach out for help.

"Reaching out is actually a sign of strength because it shows that you’re aware that you can’t do everything yourself," he said.

That experience inspired Hixson to become a physician and help bridge the gap for veterans and healthcare providers. It also inspired him to reach out for help with his plans for post-service and integrating into civilian life. Hixson enrolled in a bootcamp put on by the Warrior Scholar Project, which has been funded by the Orange County Community Foundation’s Orange County Veterans Initiative.

The bootcamp, currently held virtually due to the pandemic, is designed to help veterans transition from the battlefield to the classroom.

"It’s important for veteran groups to like Warrior Scholar Project and Service to School to reach out to these transitioning veterans because it does give us that sense of camaraderie, a sense that these veterans have my back," said Hixson.

“These service people have given so much for our freedom and donors want to help,” said Carol Ferguson, director of donor relations and programs at OCCF.

Ferguson is celebrating ten years serving the community through OCCF and has been with the initiative since its start.

“I am so proud of the progress that we’ve made in ensuring that veterans and their families have the services they need, so they can successfully transition and become an active part of our Orange County community," she said.

Ferguson explained that the initiative aligns donors, businesses, and community leaders to focus on critical areas of need identified in the report: transitioning to civilian life, employment readiness, job skills, and health with an emphasis on mental health needs.

“The results were fairly alarming," she said. "Some of the things we learned were that veterans experiencing unemployment at a rate much higher than their civilian counterparts. They were also facing issues with housing, not surprisingly in Orange County because our high cost of housing, and 44% of them indicated they suffered from PTSD."

The five-year evaluation also indicated that the OCVI has served more than 25,000 veterans and military-connected families, while providing employment support to more than 1,400 veterans and their families, of which nearly 600 were placed in full-time employment positions. OCVI has also provided assessment and referral services, peer navigation support, and case management support, while helping veterans achieve their educational goals by strengthening university support services including Warrior Scholar Project.

“The impact and the motivation that these programs funded by donors has on veterans is amazing,” said Hixson.

OCCF has deployed about $4 million to nonprofits and served 25,000 veterans and their families, including Hixson.

He hopes to get accepted into at least one of the many prestigious universities to which he’s applied, so he can become a healthcare provider and leave no man or woman behind.

For more information about OCCF and OCVI, please visit here.