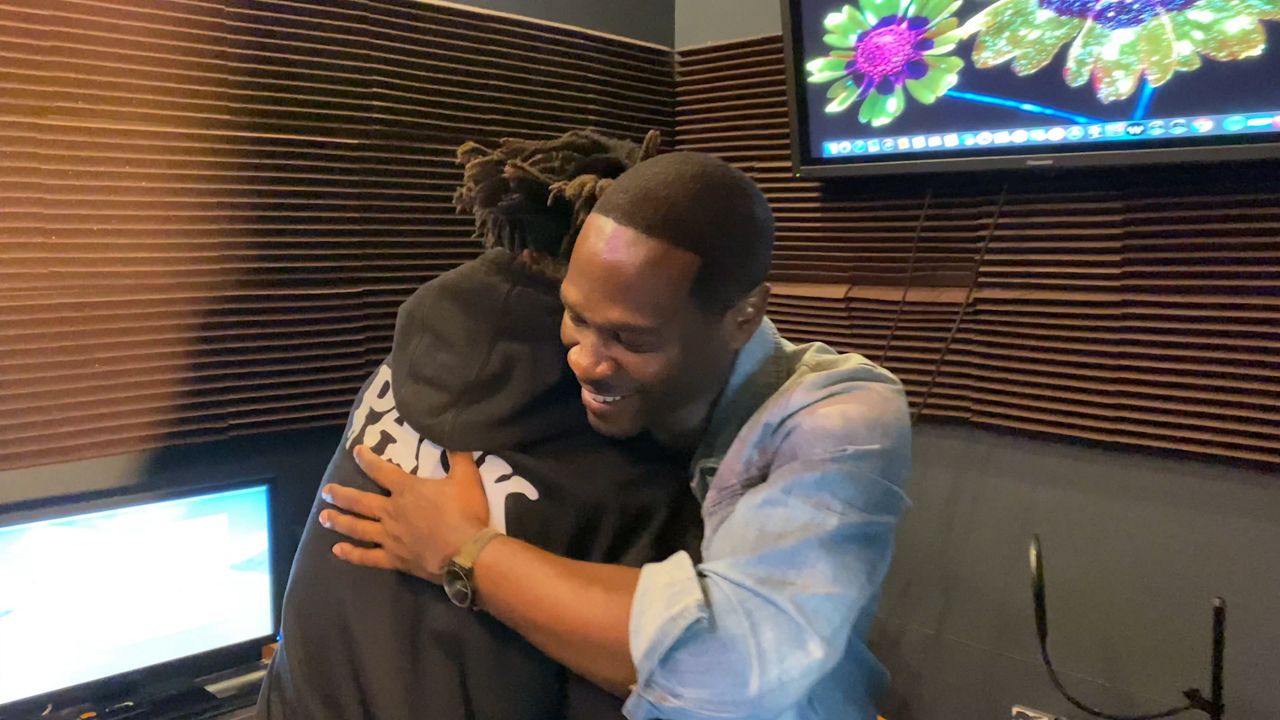 LOS ANGELES — The passion for making music was always there for LeeLann, but the opportunity was not.

Four years ago, when he was 15, LeeLann needed somewhere to record and make music. That is when he found the Pico Youth and Family Center in Santa Monica. It was chock full of industry goodies, like green screens and recording booths.

“It gave me a sense of figuring out who I am and what I want to do,” LeeLann said.

That is also, where he found family. Excellent guidance from the executive director Alex Aldana, and his ultimate mentor, Brian Hooks.

Hooks is a director, actor, and producer who realized he wanted to do more than just make movies. He always felt passionate about helping kids, even going to school to become a teacher before he got involved with filmmaking. Hooks created a production company called Left of Bang Entertainment to give at-risk kids in Los Angeles the opportunity to work on films sets, and bridge the gap between L.A.’s inner city youth and Hollywood.

Shoot movies, as he says, not people.

In connecting with various youth centers like Pico Youth and Family Center, Hooks met Leelan – his newest mentee who he hopes to keep "left of bang."

“Bang represents that action moment in a child’s life where they decide to pick up a gun, join a gang, anything that puts them on the wrong side of the law,” Hooks said.

Left of Bang was started with the intent of bringing youth onto sets of movies, and though the pandemic derailed that plan a bit, Hooks said he is working to make that happen soon with the right safety protocols in place.

He did not want to wait until things were back to “normal,” so he has been personally mentoring young people interested in getting involved in the industry.

“They don’t have the liberty of waiting until 2021. They are suffering and need oxygen now,” Hooks said.

For LeeLann, having one of his songs in a movie is a dream, and one that might just happen sooner rather than later in Hooks' next film.

“It goes beyond words!” LeeLann said.

LeeLann knows it will take hard work, but he’s grateful for the opportunity. He is now on a much clearer path to having his music used by Hollywood.

To learn more about Left of Bang Entertainment, go to leftofbangentertainment.com.

If you would like to support the Pico Youth and Family Center, and their upcoming virtual fundraiser, you can go to picoyouth.org.