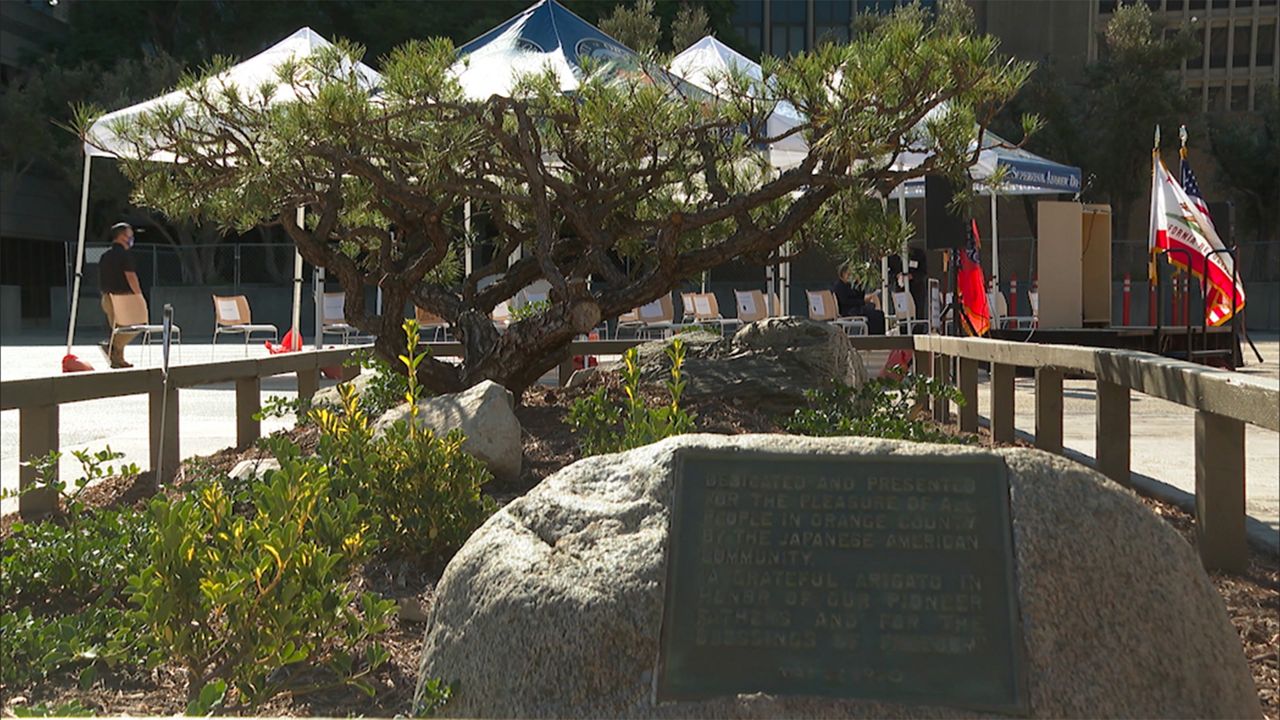 SANTA ANA, Calif. — We’re all told that to give is better than to receive. And 50 years ago, the Japanese-American community donated a Japanese Garden and Teahouse to the County of Orange.

“This teahouse is a means to show their gratitude and respect for being here in California,” Ono said.

While that fundraising was a tremendous effort, as with any gift, it’s the meaning behind it that holds its true value.

Orange County archivist Chris Jepsen found the original blueprints. Plans for the garden were unveiled in June of 1969.

Orange County Japanese-Americans set out to build the garden as a symbol of friendship and gratitude. Despite being imprisoned in incarceration camps during World War II, they wanted to thank the county for welcoming them back and giving them a chance to restore their American dreams.

“It’s a monument to the rich history of JapaneseAmerican families in Orange County. They helped build this County,” Jepsen said

The garden was frequented by civic employees but had fallen into disrepair over the years. Ono, who’s Japanese-American, took the lead in bringing it back to life last December, restoring its exterior so its character could shine through again.

“I think this garden is symbolic in that it provides a tranquil oasis here in the civic center,” Ono said.

On Tuesday, the community celebrated the garden’s 50th anniversary. Hitoshi Alan Nitta’s father was the chair of the group that planned the garden.

His family was the first to leave the incarceration camp in Poston, Arizona and re-settle in Orange County. Those Japanese-American families, like his, who were part of the county’s rich farming history, quite literally helped to grow Orange County.

And for Ono, to see this project completed is a highlight on his 51-year resume as well as a symbol of goodwill the garden represents.

“We want to be respectful, just as we respect others. And this teahouse is a means to show their gratitude and their respect,” Ono said.