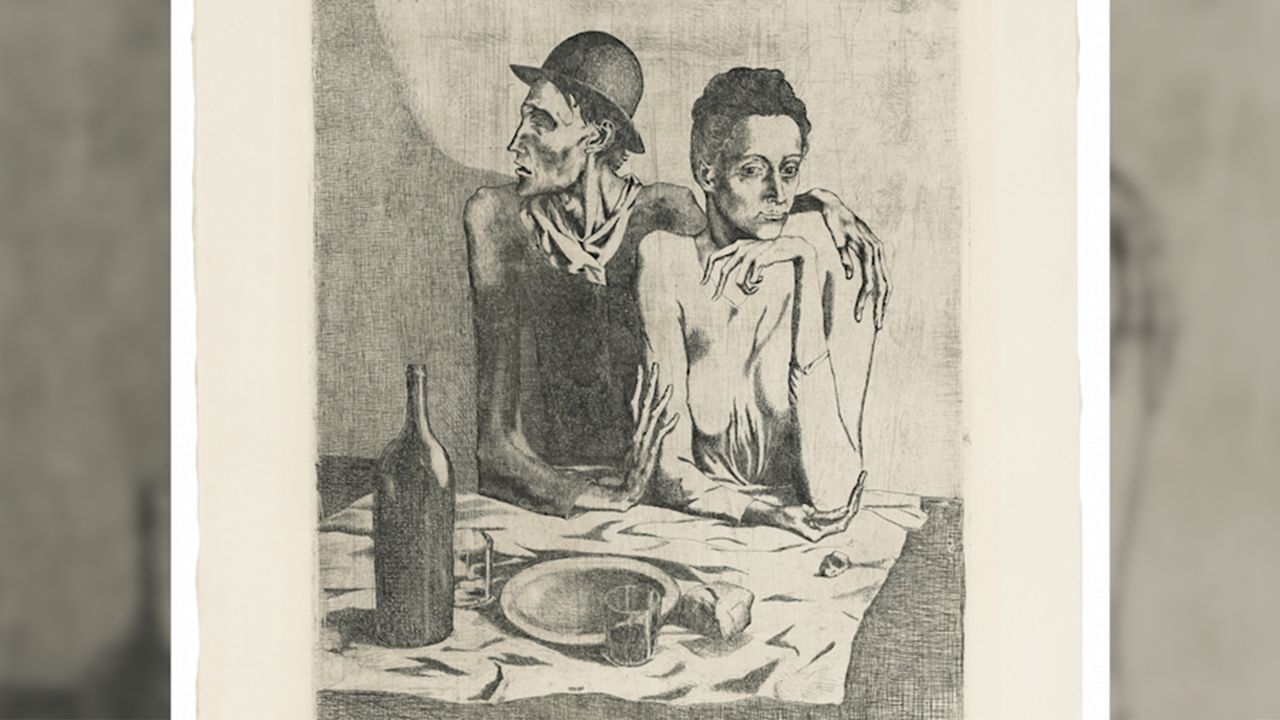 “We find ourselves in the throes, still in the eye of the storm of an incredible demand for food,” Herrmann said.

That's why he's taking the unprecedented step of auctioning off his personal collection of Picasso prints that he’s carefully collected over the last 15 years.

“It just felt appropriate at this time and in this moment given the amount of food insecurity and hunger that’s not only prevalent here in Orange County but throughout the country,” Herrmann said.

To auction off his collection, he teamed with Christie’s in New York. A portion of their commission will be donated to Feeding America.

While the 30-print collection, valued between $250,000 and $1 million has traveled, tabbed with an anonymous owner over the years, one print in particular hung in Herrmann's house for several months, "The Frugal Meal,"  a piece that marked the end of Picasso’s Blue Period. For Herrmann, it's a piece that speaks to the unprecedented period we’re in.

“As you can see there is an emaciated couple here really struggling to get by. And it just spoke to the moment. It spoke to what we’re working through right now,” Herrmann said.

With the pandemic causing jobs to be lost across the country, Herrmann also has never forgotten his own humble beginnings.

His mother was food insecure herself, living in war-torn Europe. And as an immigrant from Johannesburg, South Africa, he got a job as a teenager in the dish pit of an Orange County Marie Calendar’s, giving him the perspective to fight hunger.

“To work that dish out and to see that volume of food being wasted going back into garbage and landfill, it quite frankly, it upset me. It incensed me. And I wanted to do something about it,” Herrmann said.

Herrmann hopes we can all help in some way.

“Whatever anyone can donate, regardless of the amount does make a difference in a community. Whether it’s time, money, advocacy, we’re all in this together. And I’m just humbled to be able to be a small part in that endeavor as we work together as a community to get through this crisis,” Herrmann says.