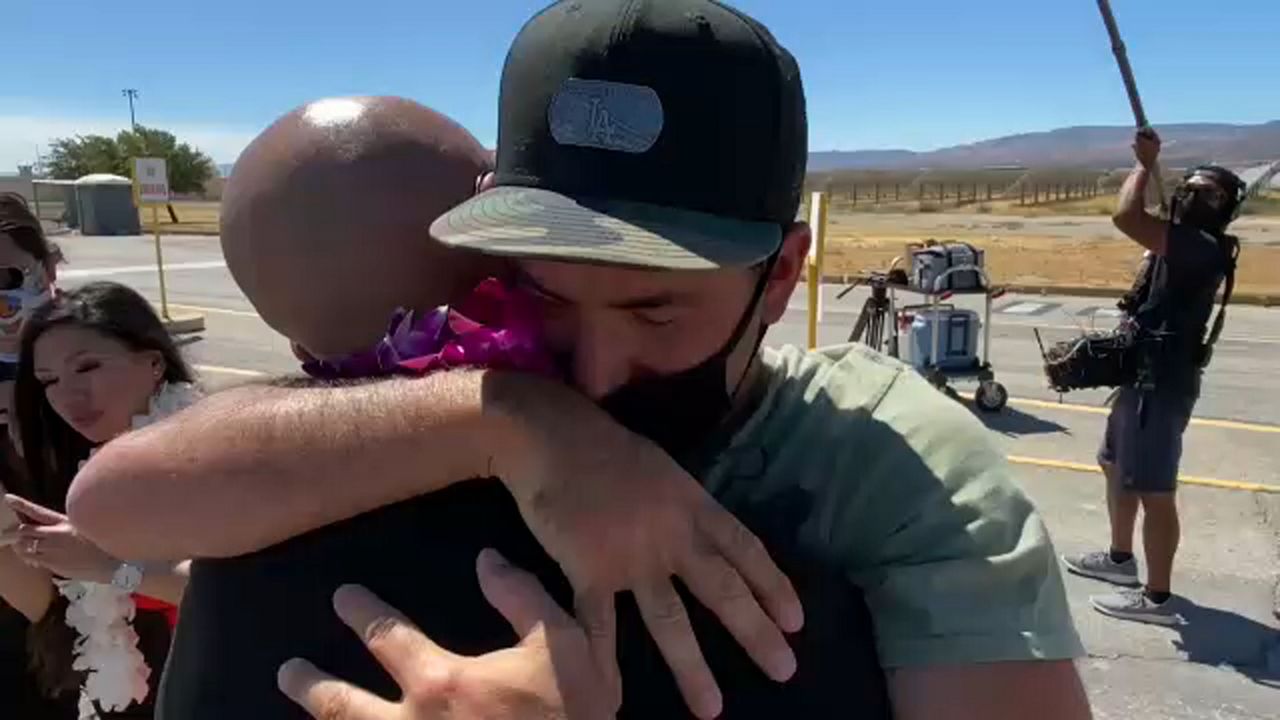 “Hangover” Producer Starts Nonprofit to Transition People Out of Prison

LANCASTER, Calif. — You may not expect an A-list Hollywood movie producer to spend his Saturday outside a California state prison, but Scott Budnick is waiting for a man he knows well to be released, after 18 years behind bars.

“It’s beautiful. This will be the first morning I know him as a free person. I’ve only known him as somebody who is incarcerated, and seeing him on the first day of this new chapter of his life is unbelievably exciting,” Budnick said.

The path that lead Budnick to this moment – outside the prison – is transformational.

He executive produced the three "Hangover" movies, with the first being the highest grossing R-rated comedy of all time. After a 16-year run in Hollywood, a sense of purpose was missing. He found it when a friend randomly brought him to a creative writing class at a juvenile hall, and he met teenagers sentenced to life in prison for bad decisions they made as young adults.

“I didn’t want to live in a city, state, or country that would do that to a child. I told those kids I’m going to start teaching this class every Saturday, and if they’re committed to their own change and transformation, I’m by their side till I’m done,” Budnick said.

It was teaching those classes that profoundly changed something inside of Budnick. He dropped Hollywood completely and devoted his entire being to a non-profit he started called the Anti-Recidivism Coalition (ARC).

Budnick realized mentorship to get young people out of prison wasn’t enough. They needed resources to keep them out like: housing, career development, and counseling. He brought in people who had been in prison themselves to help carry out his vision, like Sam Lewis.

“Sometimes those that are closest to the problem are closest to the solution, but furthest from the resources. So having someone like me, who spent decades in prison, former gang member, dope dealer, high school dropout. To demonstrate this is attainable, it’s reflective of what anyone who is in jail or prison can do,” Lewis said.

ARC helps bridge the gap between leaving prison and transitioning into the real world. It has impacted 19 different laws in California.

“We were able to pass a group of laws that affected 26,000 young people in prison in California that were sentenced to die in prison and now had the chance to come home,” Budnick said.

Budnick knew he could help get deserving people out of prison and become contributing members of society. Deserving people like Jensen Ramos, who Budnick was waiting for outside the state prison.

As the ARC team arrived, so did Ramos's family. He and his wife have been together since middle school, and got married while he was in prison. Ramos was serving a life sentence for attempted murder when he was involved in gang activity at age 17.

While the world may see a criminal, Budnick saw a man who made poor choices at a young age and transformed in prison, even going on to lead the prison dog training program. Visiting and mentoring him in prison, Budnick awaited at the prison gate for the first glimpse of Ramos as a free man.

It’s moments like these that Budnick left Hollywood for, and his nonprofit has changed countless lives. While in his heart he’s a humanitarian, at his core he’s a storyteller, and his personal plot twisted once again. He combined both passions to truly make is biggest impact.

“I realized it was my power and pedestal in the movie business where we can tell a story that a studio and network could spend tens of millions of dollars marketing around the world that would change people’s hearts and minds about the people I work with,” Budnick said.

So he started One Community, a co-finance company, to make movies that bring social change. Their first was last award season’s critical hit, "Just Mercy," a true story of a Black man wrongfully accused of murder.

Budnick brought in celebrity friends from sports, film, and music to support the film’s campaign, even screening the film for governors to impact laws in various states.

“Being able to integrate my world in the entertainment business and my world in the philanthropic and political world, and bring them together for massive social change was absolutely one of the most special moments of my life,” Budnick said.

It's Saturdays like the one with Ramos' family that show how much Budnick walks the walk. Standing together for six hours in the Lancaster heat, the time finally arrived.

After 18 years in prison, and a decade of Budnick and other civil rights activists advocating for Ramos' release, which culminated in Governor Newsom commuting his sentence, a changed man was finally free.

“It was all him. He fought for me and people like me. Ten years ago I thought I wasn’t going to go home and I was going to die in prison,” Ramos said.

“It may seem like I’m doing a lot for a lot of people, but they’re doing more for me," he added. "This is what gives me my oxygen to keep going, this is what brings value and purpose to my life. It makes me a better husband and father. It makes me feel like my time on earth is worth something."