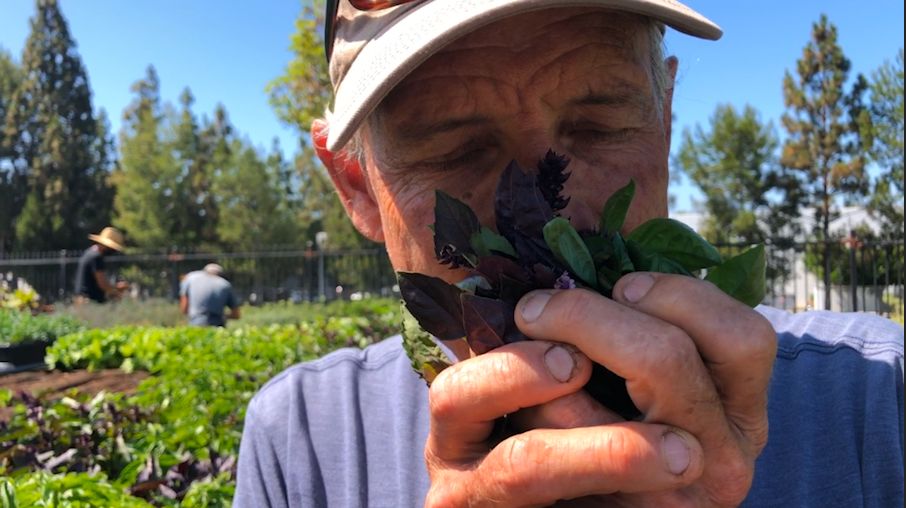 IRVINE, Calif. – At the Second Harvest Food Bank, located in parking lot in Irvine, all good things start at the roots.


But where are those roots located?

Some of those roots are located in the “regenerative organic” planters, called SoxxBoox Gro Systems. They are above-ground and farmers who tend to them are nutrient farmers.

The managing director of Alegría Fresh is Erik Cutter. He is able to grow ultra-fresh, nutrient-rich produce with zero waste in the 3,000 unused square-feet of the parking lot.

“We’ve now created the ability to grow incredibly nutrient-dense, first quality superior food right over the top of it. I mean, what’s wrong with that? I mean, no excuses,” Cutter said.

The root of the endeavor is helping the community. Cutter and Alegría Fresh have teamed up with Second Harvest Food Bank and Bank of America in a public-private partnership.

The produce gets shipped out on Fridays in pre-sold, $30 FarmBoxes that give Second Harvest the ability to buy up to 85 pounds of food per box - or an estimated over 300,000 pounds annually - to get distributed to the community.

“I said, you know the lowest hanging fruit is really nutrition. People don’t have - it’s a single word - they don’t have ‘access’ to this kind of food. So my goal is to create access wherever we can. And it turns out that parking lots are the land of the future for farms,” Cutter said.

The pandemic has put a strain on food banks nationally. Second Harvest distributed over 26 million pounds of food from March 1 to July 31 of this year, which is nearly 13 million more pounds than they distributed in same time frame in 2019.

While the state’s unemployment rate hovers at 15 percent, and grocery store prices soar to 5.6 percent compared to the same time last year, the initiative is providing jobs and food.

Costa Mesa resident Cathy Wayman has been subscribing to the initiative for about a month. She looks forward to her Friday shipments, and on top of knowing that some of the excess produce is distributed back into the community, it means so much to be helping to give back to those less fortunate.

“Just to know that it’s helping people that are unemployed, lost their jobs, don’t have access to this amazing produce that some people can afford just means the world that we can help,” Wayman said.

As for Cutter, it's his mission to bring urban farming to more spaces and communities.

“Our goal is to educate people and show people the possibilities that these kinds of farms can exist anywhere,” he said.