“They were shiny, bright, one-inch nails with big flat heads. They hadn’t just fallen out of a worker’s truck,” said his wife Amy.

Betts didn't report it to the police at the time, nor did she think much of it until a few days later, when a friend told her she'd found nails next to a BLM sign on her porch. Then yet another friend texted to say she had also found nails in her driveway.

“We right away assumed it might be due to our political signs,” said Betts, who has four signs in her yard and home windows, supporting immigrants, refugees, women’s rights, human rights, and racial justice. 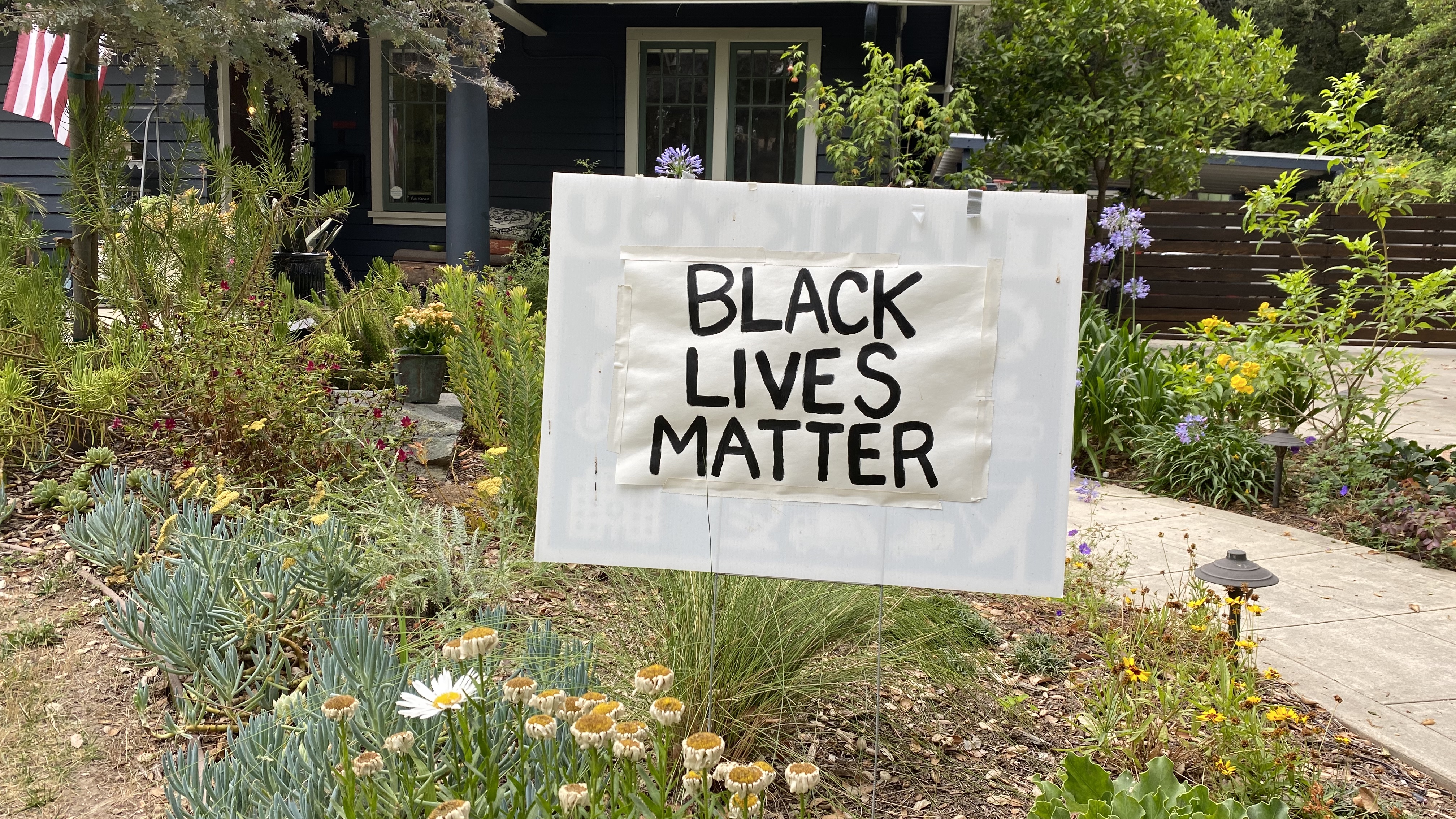 Betts and her friends are not the only ones being targeted. At least a half dozen people on the area’s Facebook page and the neighborhood app Nextdoor have reported seeing the same kind of nails in their own driveways or their neighbors’. One person posted to say she’d just had her tire fixed as a result. What they had in common: Black Lives Matter signs.

Often compared with Mayberry, the fictional town featured in “The Andy Griffith Show,” where most of the residents are white, South Pasadena has about 25,000 residents, according to the U.S. Census Bureau. Fifty-five percent are white; three percent are African American.“It’s very upsetting because I consider South Pasadena a very respectful community, and a very progressive community but also respectful of other people’s views,” said Jessica Bradford.

Tuesday morning, she returned from walking her dog and found three nails in her driveway right behind her car, which has a BLM symbol on the rear bumper. “It’s very disturbing to see this happening here.”