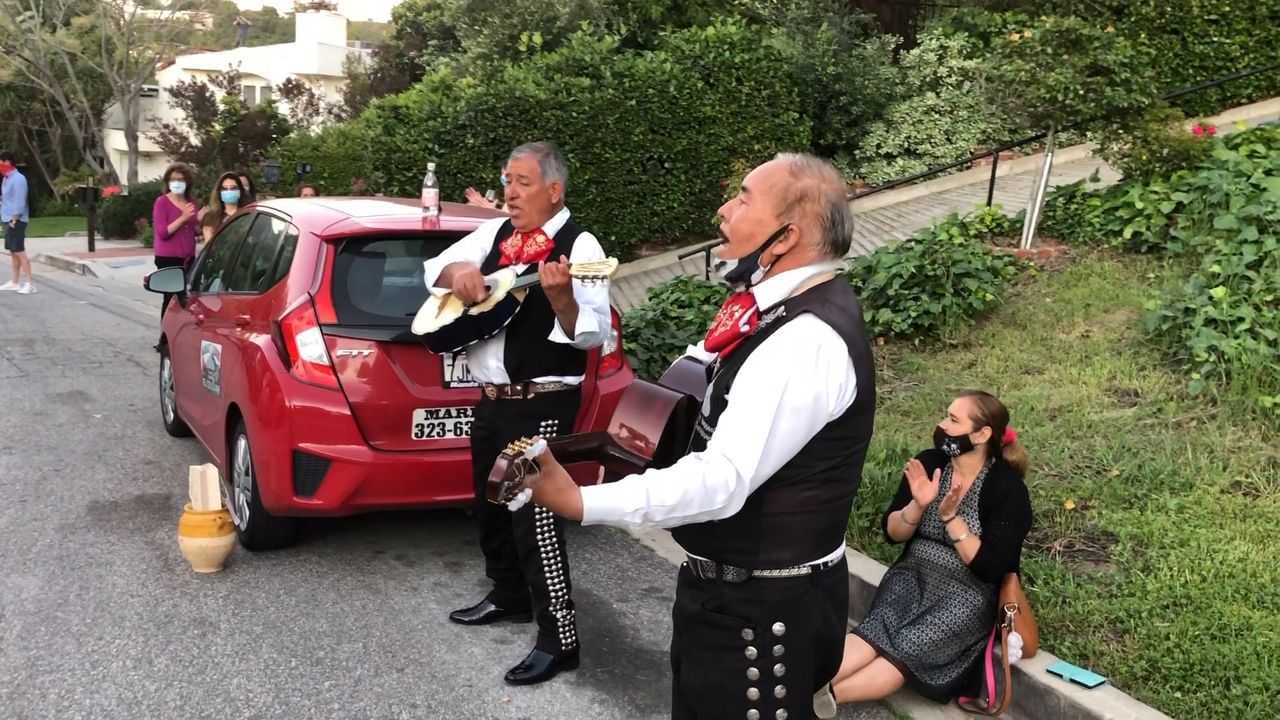 HOLLYWOOD HILLS, Calif. – On most days, it’s quiet in the hills, but on this one special afternoon, neighbors got together to enjoy a socially distant block party with Mariachi Alegre.

The party was organized by Hollywood Hills resident William deVry. He was inspired by an article he read in the LA Times about how COVID-19 impacted mariachis. With weddings and live events canceled, many of them lost opportunities to work.

“Yeah, I just felt that with the struggles that these mariachi musicians are dealing with now, especially at this time, with the city being locked down and essentially their livelihood locked down and not having access to a lot of these social platforms that we do for survival, I just wanted to be a part of the solution,” said William deVry, an actor best known for his work on General Hospital.

So deVry decided to hire Mariachi Alegre, invite some neighbors, and throw a party.

“And I find their music incredibly festive, incredibly lively, and I know how family-oriented they are and it was just important,” said deVry.

After quarantining for months, the neighbors were ready for some live music.

“I think this is amazing. It’s great for our community, for our neighborhood, our street,” said neighbor Mike Labog.

Musicians have been performing on Zoom, but without a sponsor, they’re playing for free. For these neighbors, it was an opportunity to learn about their struggle as well as meet one another for the first time. Neighbor Jeff Cole joined the party.

“Up until this moment, I really didn’t know Will or for that matter, many of my neighbors,” said Jeff Cole. “You know, I used to just say 'hello' walking the dog, but then it took like this magic moment in the middle of the pandemic where we all got together and talked. I figured out a lot of these people’s names.”

Despite living near one another for years, Labog and deVry didn’t officially meet as neighbors until the gathering. Now, the block feels much closer together and deVry credits the power of mariachi music.