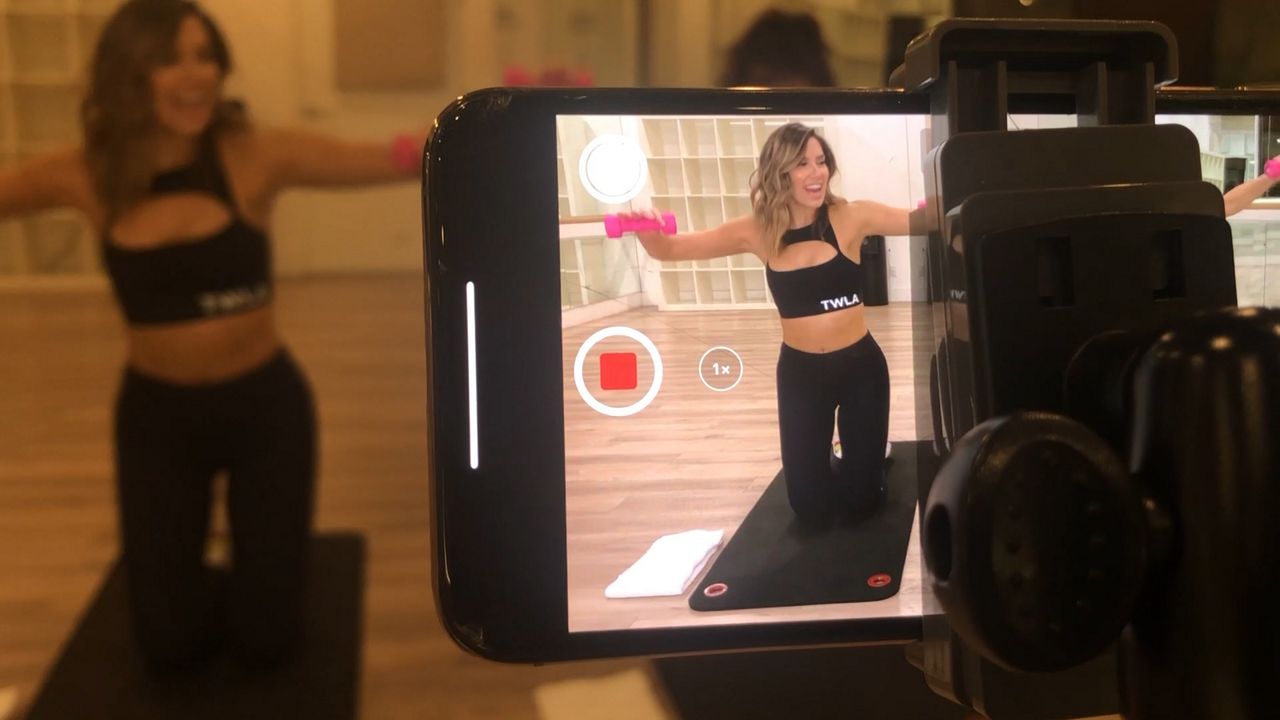 BRENTWOOD, Calif. – When it comes to working out, phoning it in won’t get you results. But in the current climate, this tool is proving to be a lifeline.

“I just think that we’re all very fortunate that we do have these options to continue on our health and fitness journey," Nicole Haworth said.

Haworth and Ashley Layfield have been in the dance fitness space for a few years but only six months ago, launched their own business, The Workout LA, which is built around group fitness classes.

“There’s just a palpable energy that you do get in a group class," Haworth explained.

Of course, group classes aren’t an option right now so the duo is turning digital. Haworth says online streaming was always part of their two-year plan…it just had to happen a lot faster.

“A two-year plan became a two-hour plan," she laughed, "but we’re rolling with it.”

with everything going on in the world right now, we understand it is important to prioritize your health right now more than ever! ⠀⠀⠀⠀ ⠀ ⠀⠀⠀⠀ ⠀⠀⠀⠀- - - we have been hard at work to bring THE WORKOUT to you! follow us here for IGTV workouts you can do at home with minimal to no equipment. AND stay tuned for official streaming ⠀⠀⠀⠀ ⠀ ⠀⠀⠀⠀ ⠀⠀⠀⠀- - - please show yourself and others love, we need it right now 💕 xx, Nicole + Ashley

As with anything new, there was a bit of a learning curve, as they had to familiarize themselves with some new equipment and quickly.

“So here we are. We bought a light, we have equipment, and we’re ready to go," Haworth said.

For the time-being, they’re putting their videos on Instagram for free as a service to their clients, and the greater community. Being isolated, cut off from your routine can be hard, both physically but also mentally and working out at home, they say, can make a huge difference.

“If you can just do one thing throughout the day that can make you feel accomplished, it can really help raise your self-esteem during this uncertain time," Layfield said.

They recommended three moves that can be done with no equipment: some modified squats, the bear plank walk, and a few variations on the donkey kick.

Leading a class alone in an empty studio wasn’t exactly their vision but it is something they figured they’d be doing eventually as more and more of our daily life is done digitally.

“I think it’s gonna be a change that’s definitely going to last," Layfield said. "You know, it’s the future and we’re here. We’re living in it.”

It’s tough timing, to be grounded just as the business was starting to take off.

“My hope is that once the situation is improved people do return to group classes," Haworth said.

But for now, she says they’re trying to see this as an opportunity, not a setback as they continue to move forward with their mission to get people moving.