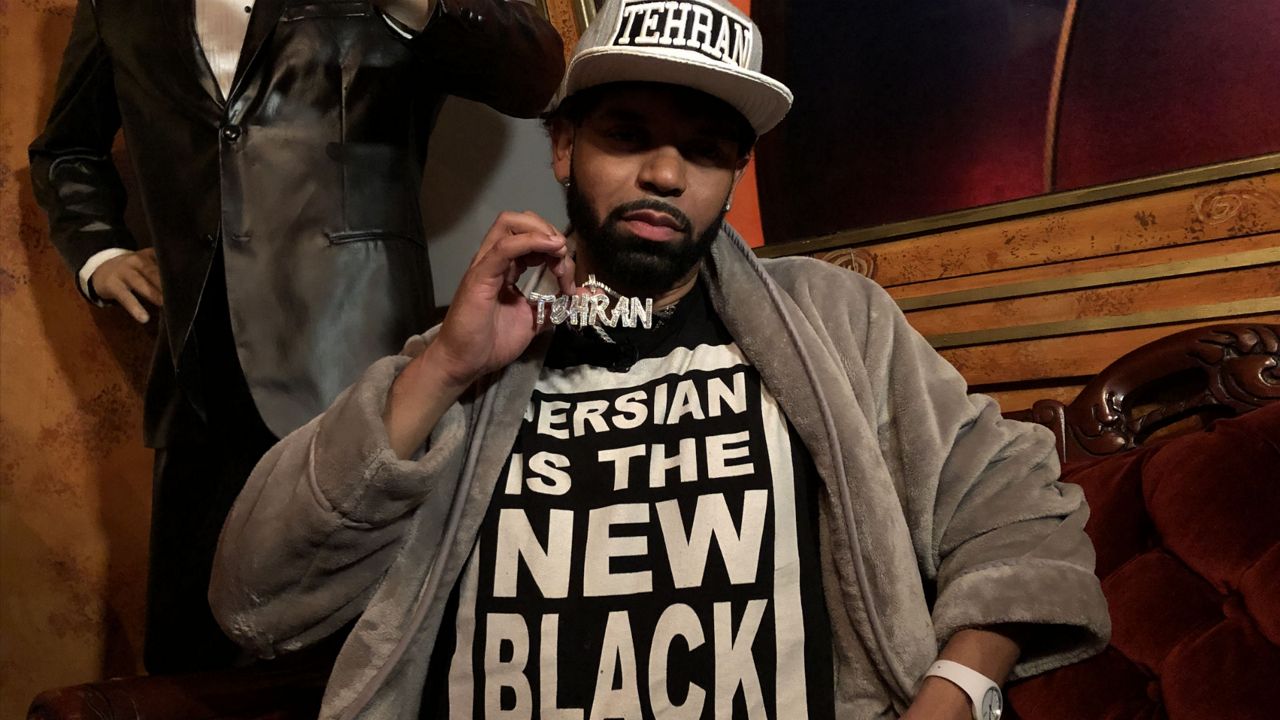 HOLLYWOOD, Calif. – Slippers and a bathrobe, that’s what comedian Tehran Von Ghasri wears every time he goes on stage.

“Yeah, I don’t do clothes, what’s up,” says Ghasri from the stage at the Laugh Factory in Hollywood.

Ghasri is a melting pot of cultures: he is half Iranian and half African-American. He has Muslim, Christian, and Jewish ancestors. He is named after the capitol of Iran.

“I deserve a much bigger round of applause I’m currently a black guy named Tehran in the U.S. right now, I’m lucky to be alive,” says Ghasri as the crowd erupts in laughter.

He spoke to us in between his sets, and told us how important laugh-therapy is right now.

“Comedy is more necessary now than ever, because we live in a time that seems full of tragedy, and comedy makes light of tragedy, it looks at tragedy from a long shot, while tragedy is everything up close,” said Ghasri.

His style intertwines wisdom and humor.

He does that on-stage all the time.

“The principle is, if you don’t like something don’t boo, vote, and in this country, 100 percent of people are complaining and yet less than 40 percent voted,” says Tehran to a quiet crowd “so there seems to be a problem because no one wanted to get up at 6, 7, 8 in the morning on that Tuesday, I don’t know I don’t vote,” the room explodes in cheers and laughter.

He says comedy in this time of tension and division has the power to bring people of different colors and creeds together. He even jokes about it on-stage.

“That’s how you meet people you ask questions you get to know them, and then you realize you don’t hate people for what they are, if you talk to people for five minutes you’ll hate them for who they are,” said Ghasri.

Because even Ghasri is much more than his robe lets on, he has a double undergraduate degree, a masters and he is lawyer.

So he will continue to go on, slippers and a bathrobe, showing all who will listen that clothes, don’t make the man.