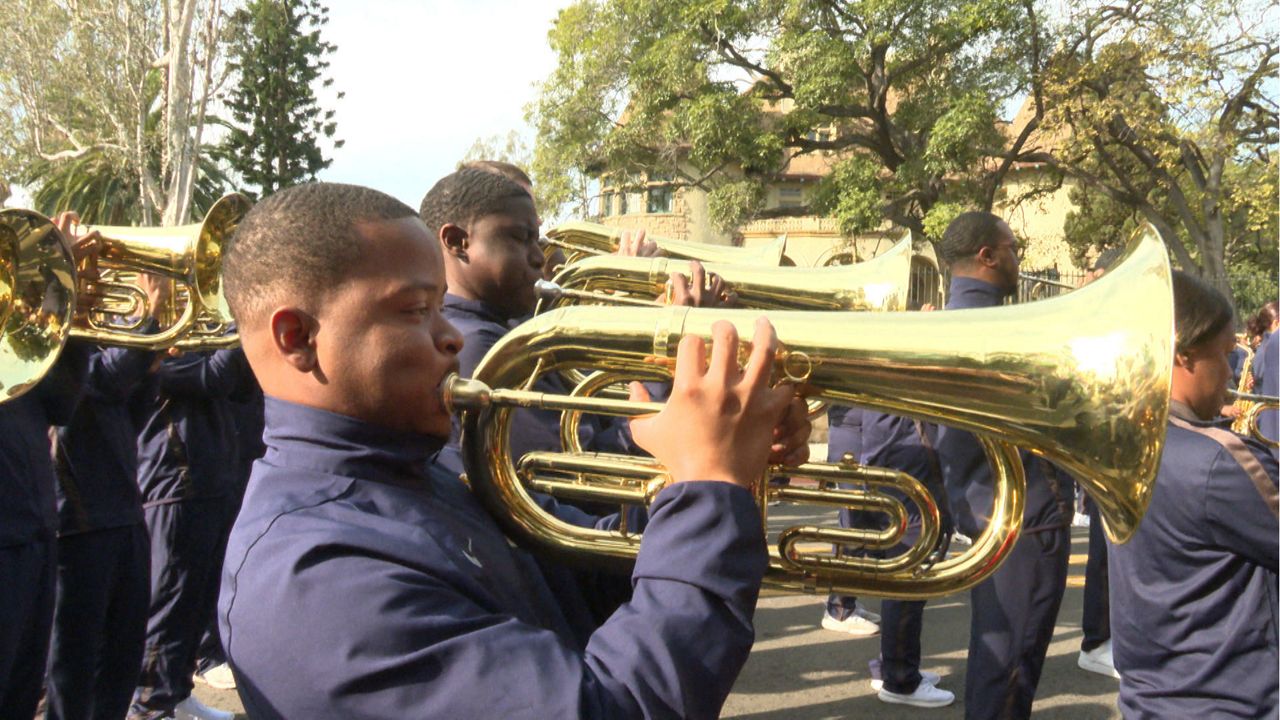 SOUTH LOS ANGELES – Alicia Jones wears the colors blue and gold with pride. She is an alumna of Southern University home to the world-famous band, the “human jukebox.”

The historic black college stepped their way into the historic First A.M.E Church in South Los Angeles for a special performance.

“I’m just so overwhelmed with emotions right now because it’s been such a blessing to us,” said Jones.

For her, it’s her old home meeting her new home. Her husband is the church’s minister of music, while the Southern band is here all the way from Baton Rouge, Louisiana to perform at the Rose Parade on New Year’s Day.

“We went immediately to our pastor and said ‘pastor, pastor please can we have Southern’s band come?’ It was a no brainer,” said Jones.

The students of the band and its director, Kedric Taylor, could feel the love from Jones and all of the congregation.

“It just makes you feel good on the inside. It makes your heart very, very warm and leading up to the Rose Parade,” Taylor said. “We went to the breakfast this morning and people are very excited. They said ‘We just came here to see you guys.”

Of course, Jones is elated to see her school keeping faith in the band’s music.

“Not only do they do the school’s secular songs but the band director, he’s so phenomenal he makes sure he still instills in them the word of God,” she said.

For Southern it was one stop on their very busy schedule. But for Jones it was moment she will never forget.