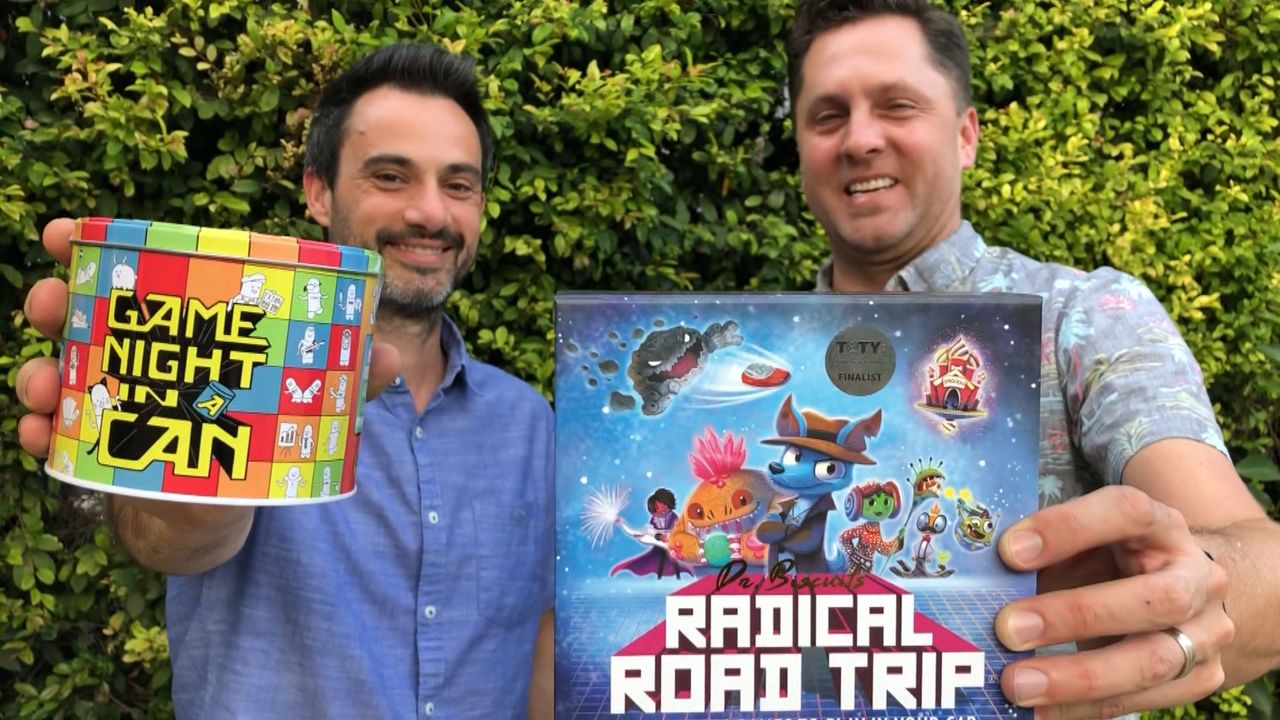 Fun Is Serious Business for Game Night in a Can Creators

LOS ANGELES — This is where it all begins, the creative nucleus of long time friends and game creators Barry McLaughlin and Jason Lautenschleger. It's called a game blast and it’s a creative brainstorm session with a theme, something they created back in their college days at UCLA.

Both native Angelenos, it was creative love at first sight when McLaughlin and Lautenschleger met their first day at UCLA, back in 1996. The two have been collaborating ever since.

“We would come up with song titles at the beginning of every practice," McLaughlin said.

Shortly after meeting they formed a jam band called the Bicycling Mariachis, and performed in iconic L.A. venues like the Whisky a Go Go and the Troubadour They were also part of a comedy troupe that turned into live comedy game nights.

Those live game nights culminated into 'Game Night In a Can' in 2015 which they launched through a crowdfunding campaign.

In 2016 there was a resurgence of table top games that Lautenschlager attributes directly to the backlash of a digital world.

It was important for them to make games that can be played by all ages. They try out games on their families and it also helps them unplug from their devices.

“That’s a really driving factor for us in our company," said McLaughlin.

Its not all fun and games though, as its been 23 years in the making.

'Game Night In a Can' is currently at Barnes and Noble, Urban Outfitters, and local toy stores across Los Angeles and beyond.

The best idea wins for this duo, which takes egos out of the creative process, as both are always focused on making things better.