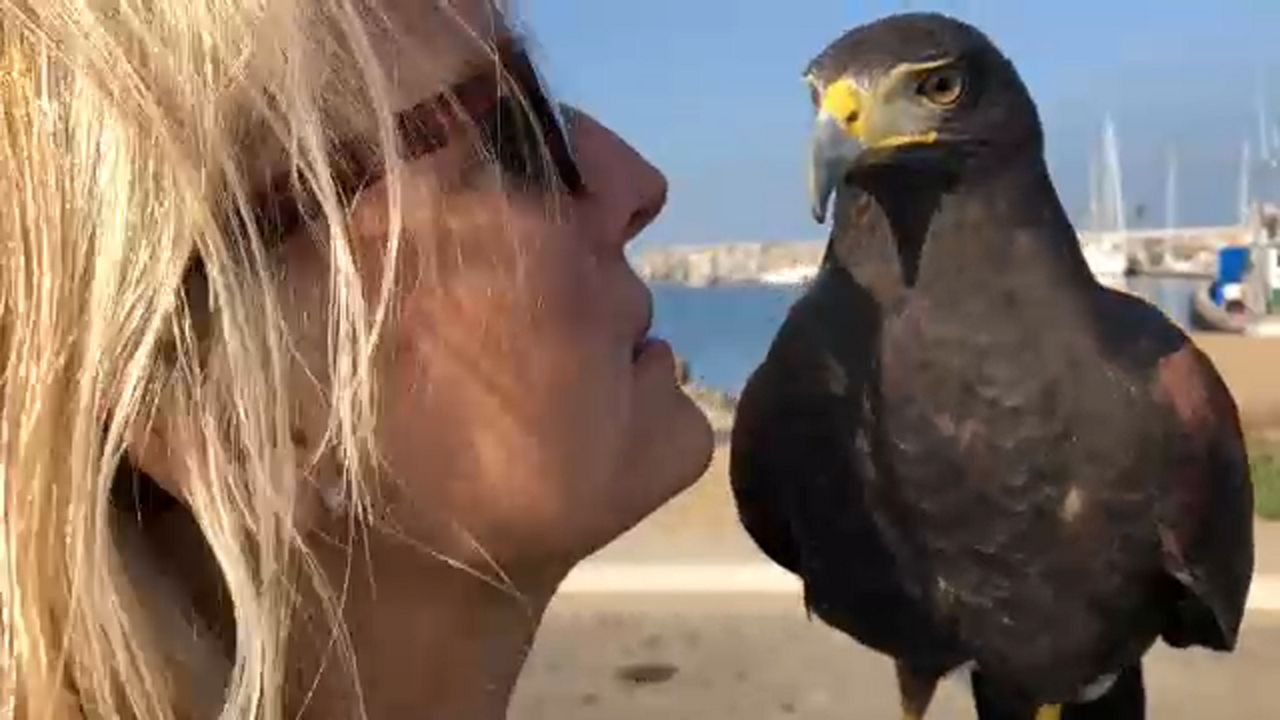 When you think about pest control, you might think about traps and sprays - But one woman made a big career change to perfect another, all-natural and airborne method of pest control.

Falconer Lori Prichard comes to King Harbor in Redondo Beach several times a week as part of her job to keep away large flocks of birds like seagulls and crows, who leave behind a lot of waste and can even do property damage. The birds often flock around King Harbor because of the dock that features an open market, and lots of people dropping food.

Prichard has a job she loves, but her birds are the ones doing the doing the heavy lifting by scaring away unwanted birds.

Prichard's now full-time job started out as just a hobby. She has been a falconer for 20 years, but her main source of income used to come from illustrating the pictures you would see in a Toshiba user guide. That kept her pretty busy and she did it for years, until a round of layoffs caught her by surprise.

Trying to figure out what’s next, she remembered something a lot of us have heard: Do what you love.

Flying has been on her mind since she was a child, so she used her animal knowledge and got into the business of pest control. Now, she’s her own boss and travels all around Southern California with her birds. She's done well enough to handle three birds and even has an apprentince - who, with the help of a G.P.S. tracker, helps her keep an eye on her team of three.

Because of Prichard and her birds, the Redondo Beach Pier and other areas of Southern California are a cleaner and quieter once her birds take to the sky.