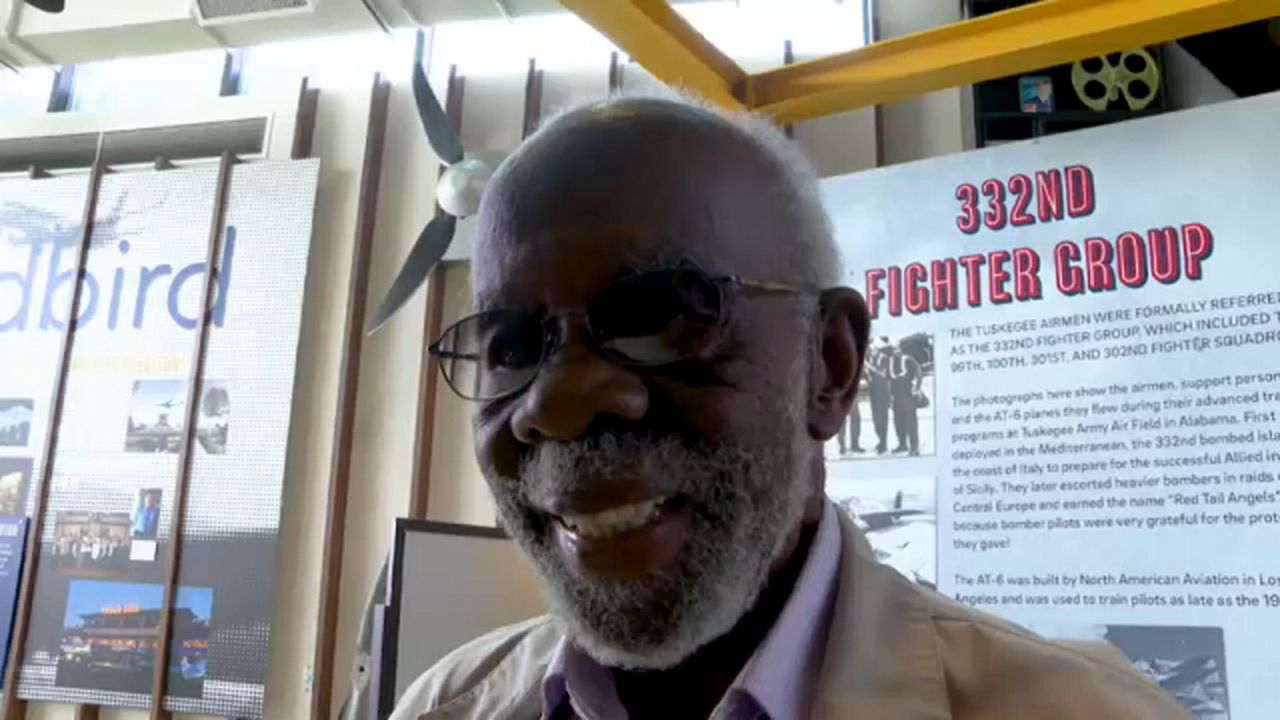 The 98 year old drives himself to The Proud Bird restaurant, adjacent to LAX, to get his hands the tasty meal.

“It’s a double patty. Not sure if that is good for you or not,” he says.

But that isn’t the only reason Lumpkin visits the restaurant and museum twice a month. He also gets a chance to remember his time serving the nation, thanks to a picture on the wall.

Deciding on what to do for dinner? Bring the whole family by for an experience at #theproudbird! From aviation exhibits and the airplane park to the Food Bazaar and Mile High Club Bar & Lounge, we have something for everyone to enjoy! 📸 CC: Elizabeth, Yelp.

Lumpkin is a living member of the Tuskegee Airmen, the African-American Air Force group that fought in World War II.

He visits the eatery’s Tuskegee exhibit with current owner John Tallichet, who is carrying on his father’s legacy.

Tallichet’s dad started The Proud Bird because he too served in the military as a B-17 pilot, and wanted to celebrate military aviation.

Outside the building, you can find a dedication to the Tuskegee Airmen with a replica of the planes they used to fly, the Red Tails.

The Tuskegee Airmen exhibits are not only important to those who served the nation, they also hold a special place in the hearts of the community. Lumpkin says The Proud Bird opened its doors for many African Americans when no one else would.

“It was difficult for minority groups, Black groups specifically, to find places of stature to hold their affairs,” he explains.

This history and inclusion is what kept The Proud Bird open for 50 years, and Lumpkin hopes future generations will learn from those who came before them.