MUSIC DIARIESAn inside look at the stories of SoCal-based artists and bands hosted by Amrit Singh debuts January 16.
DECISION 2020A Southern Californian's guide to the presidential election
WATCH NOWSee how our small everyday decisions have a tremendous impact on the quality of our lives in “Exploring Your Health.”

Olivia is happy, she's been out of her stall all day and she loves being around people.

Olivia is one of the many animals rescued From Big Heart Ranch in Malibu, which was threatened by the Woolsey fire. The therapy goat traveled a long way with Phoebe Scott, a boardmember from the ranch.

A total of 26 horses, donkeys, goats, chickens, pigs and more were saved from the fire and brought to the Silver Spur Stables in Glendale, including Olivia.

"Bambi, Daisy and Renee are three rescues from their restorative herd, all evacuated from the fire. Renee and some of the goats stayed overnight with me at my house," Scott explained.

Suzanne Pika has been the manager at Silver Spur Stables for the last 20 years. She said she hasn't gotten much sleep the last few days, but the overwhelming support from strangers who've stepped in at this time of need has kept her going. 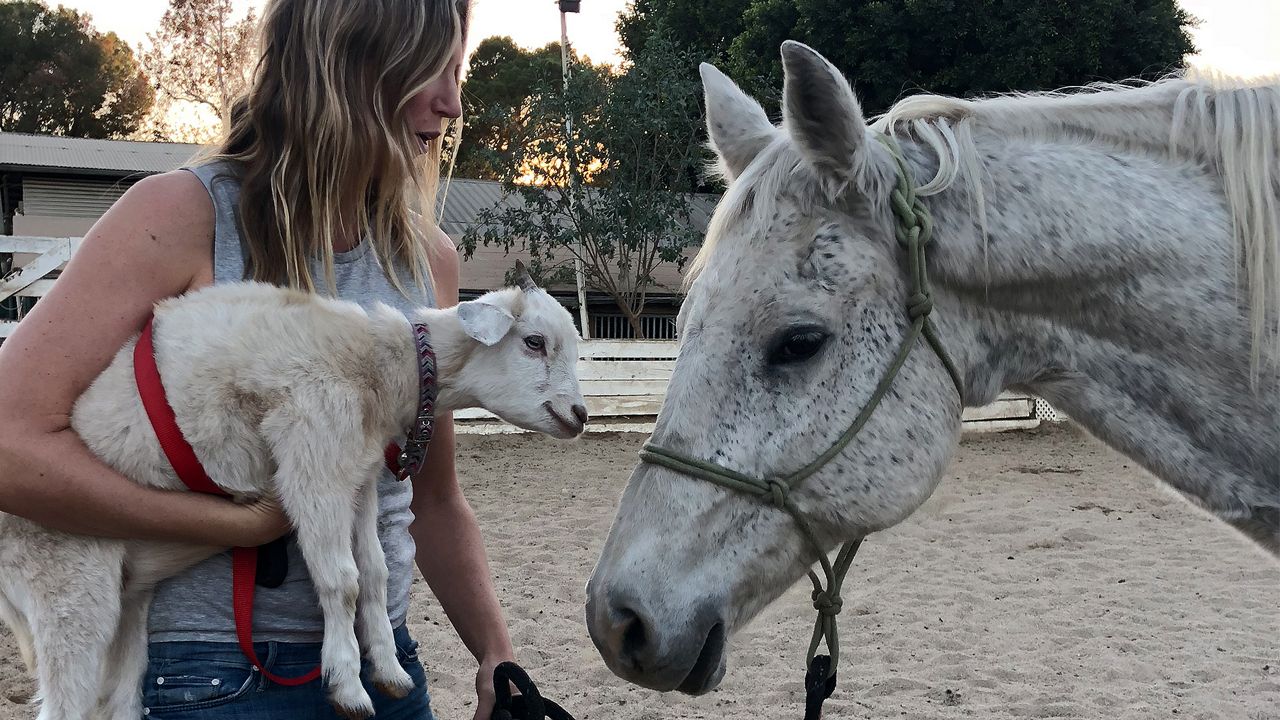 One of the good Samaritans and animal rescuers was Christopher Devon. He and his friend, a first responder, were able to get behind the fire lines and save many of the larger animals.

"Chris is our hero, he went out there when it first started and picked up horses in every direction," said Pika, referring to the young man who drove out to help save animals in the Malibu area as the fire quickly approached.

"It was like Dante's Inferno, all the telephone lines were burned through," said Chris.

"There were 30 or 35 people here yesterday, talking like this… they all got together and were talking about what happened to them… so that was very therapeutic for most people because it was very tramatic for everybody," added Pika.

As the Woolsey fire continues to burn, there has been a public outcry on social media over the thousands of animals that have been displaced and potentially left behind by their owners.

Many Southern California residents have expressed concern about the welfare of animals in the fire's path, particularly in areas like Malibu.

Thankfully as we've seen from the way volunteers have stepped forward to help animals in need, a community can come together to make a difference.

Big Heart Ranch is a donation based organization that exists to help with therapy programs for autistic and inner city kids and veterans with PTSD. At this time they said monetary donations are most helpful as they transition.