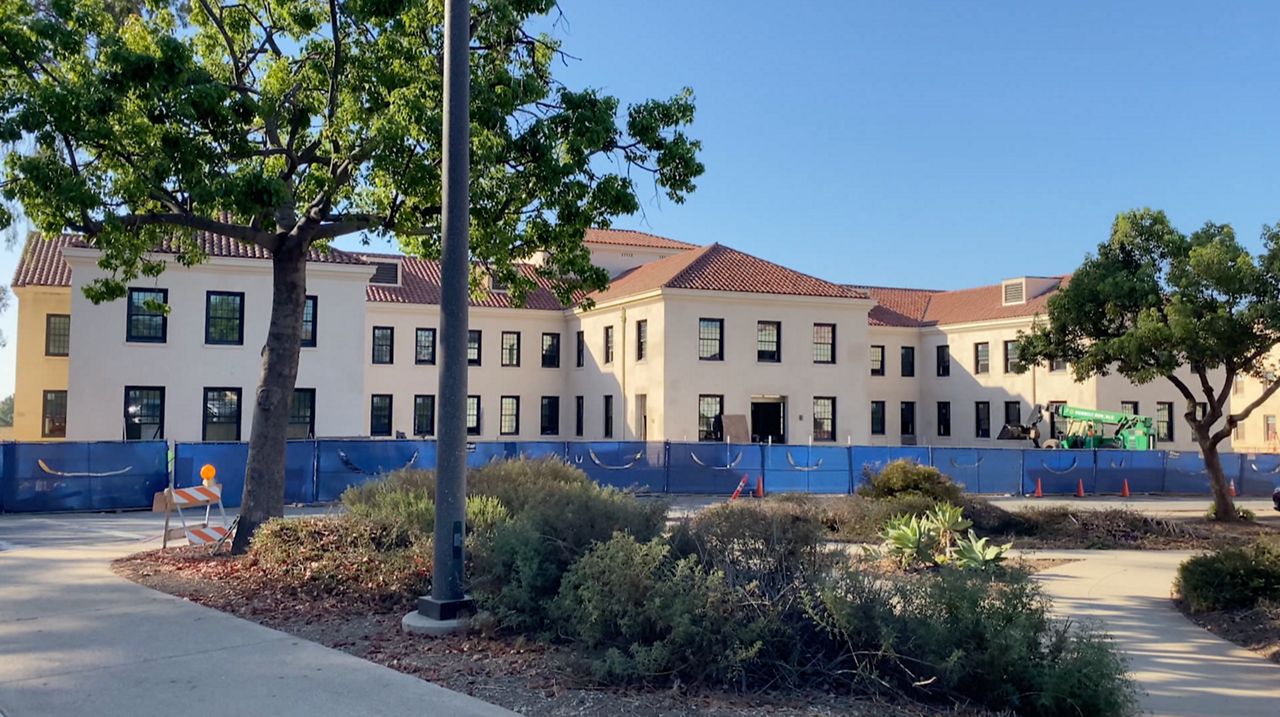 LOS ANGELES — On and off for the last few years, the sidewalk along San Vicente Blvd in Brentwood has been home to army veteran Joshua Petitt.

Petitt, a purple heart recipient, is currently living in the tiny sheds on the VA campus. When he heard that some of the VA’s long delayed 1,200 units of permanent housing for veterans would open soon, he thought he had finally found a home.

Building is in full swing at the campus, from renovations to new buildings, all focused on housing, says Andrew Strain with the VA planning office.

About 179 of the 1,200 units of housing are expected to come online at the end of the year.

But not all is going according to plan. The opening has been delayed from fall to January.

Spectrum News has learned that the veterans with the highest disability ratings — 100% disability like Petitt because of his PTSD — are being told they will not be allowed to move into the units, as the money they get from their disability ratings means they make too much money to quality for the housing, especially if they also receive social security. In Petitt’s case, he gets $3,600 a month because of his disability.

“It doesn’t make any sense. It makes no sense,” Petitt said. “It doesn’t affect anybody else if I’m living in there because I make more money. Like, who is missing out here? Who is losing? I am! Every other 100% out here, they are losing!”

Darryl Joseph, deputy chief of community engagement and reintegration services, says that’s only a small fraction of the 4,000 homeless veterans in LA, and they are prioritizing mobility over disability.

“As we are building out our priority listing, I think the obvious answer is anybody who is mobility challenged or who has difficulty getting around, or may not be a good candidate for public transportation,” Joseph said.

Up to a dozen other homeless vets currently living in tiny sheds on the VA property who are 100% disabled, have been told they won’t be eligible. Although that could change as other housing units with different eligibility criteria open up.

“I need to be close to the VA. I go, I see a psychiatrist every week. I need to be around my brothers. They’re there when I need something, I mean, like that,” Petitt said, snapping his fingers. “Every time I move away from here, it usually doesn’t end up going good.”

That’s why he says he doesn’t want to use his HUD VASH housing voucher to get an apartment where he feels disconnected from the services and community he needs to keep him straight.

But he says he is happy for his other brothers and sisters, who have finally found a home.