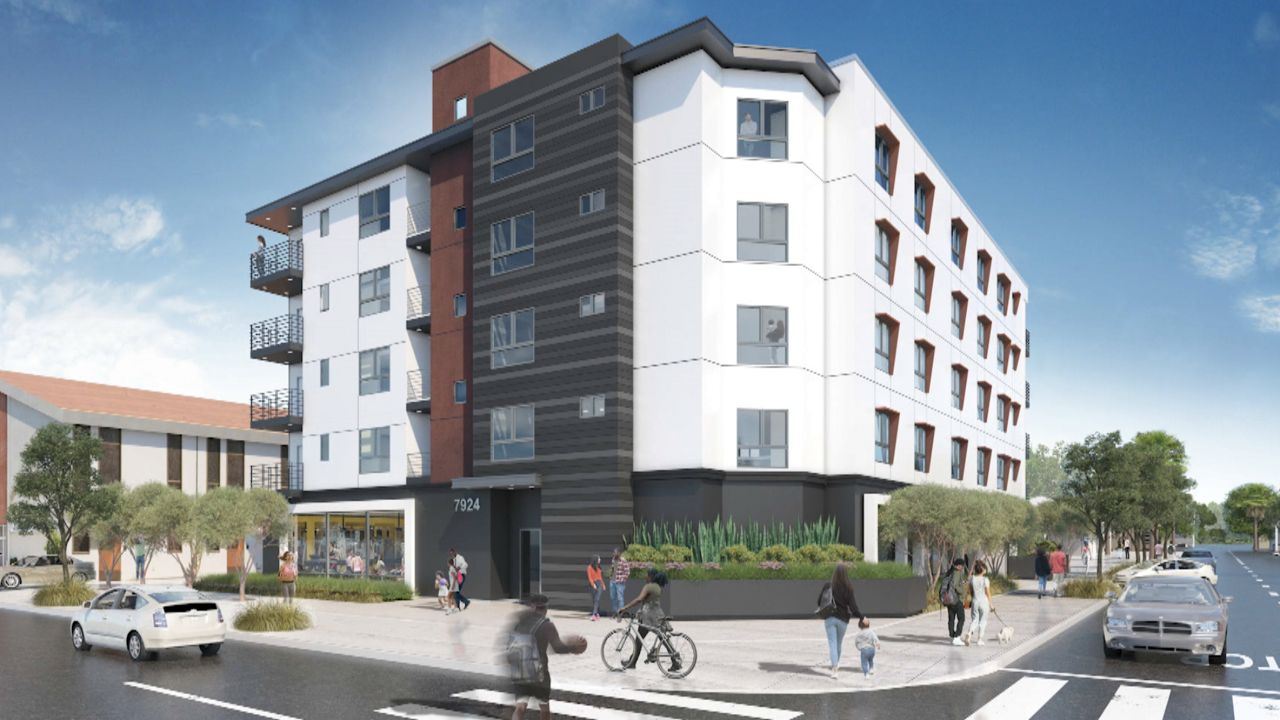 LOS ANGELES — On a recent Thursday afternoon, church leaders, politicians and community members gathered in the parking lot of the historic Bethel AME Church in South Los Angeles for a groundbreaking ceremony. The site, which is at the corner of 79th Street and Western Avenue, will soon be home to 52 homeless people thanks to a project and partnership between Bethel AME and SDS Capital Group. Before the groundbreaking, the senior pastor at Bethel AME, Kelvin T. Calloway, read a prayer in front of the crowd.

“We come before you at this hour to set apart this plot of ground we’re on, we are disposed to erect an earthly witness to your matchless name, and to your glory,” he said.

The new housing units will be called the Bethel Manor Apartments.

Bethel is part of a growing number of churches and religious congregations that are transforming some property into affordable and permanent supportive housing.

For Calloway, repurposing some of their property for housing is part of the church’s overall mission.

“Homelessness was an issue even with Jesus,” Calloway said. “If we are serving and following the teachings of the lord Jesus Christ, then this issue of housing has to be. It’s not an option. It has to be part of what we do.”

The church building will remain in place and Bethel AME will still own the land — for Calloway, the decision to build the Bethel Manor apartments made sense both spiritually and financially.

“It is an opportunity to create and generate a revenue stream for the local church, to help undergird it,” he said.

“We have to find other ways. We have to engage the private sector in the battle against poverty if we want to be successful,” she said.

And while the financial implications are important, and an essential part of the Bethel Manor project, Calloway said faith has guided him and his congregation to create the new units.

“The phrase that jumps out at me, early on as it related to whether or not we should be engaged in housing ministry was the scripture that says, foxes have holes and birds have nests, but the son of man has nowhere to lay his head,” he said.